Thame got back to winning ways last Saturday with a narrow 5-run victory, at home, against the league leaders Buckingham. Thame won the toss and decided to bat, but were soon in trouble, losing 3 quick wickets. However, Mike Beard’s 51 and some handy lower-order contributions saw the home side reach 165 all out in the 54th over.

In reply, Buckingham batted steadily but lost wickets regularly. The pick of the bowlers were Sam Lachlan (pictured right) and Hassam Mushtaq, who picked up 4 wickets each. As the game headed for its conclusion, Buckingham were 160 for 9, needing just 6 runs from 8 overs and looking set for victory, until captain Higgs dismissed the Buckingham no.11, thereby securing a crucial win for Thame. They travel to second-from-bottom Amersham next week hoping to build on last Saturday’s performance. 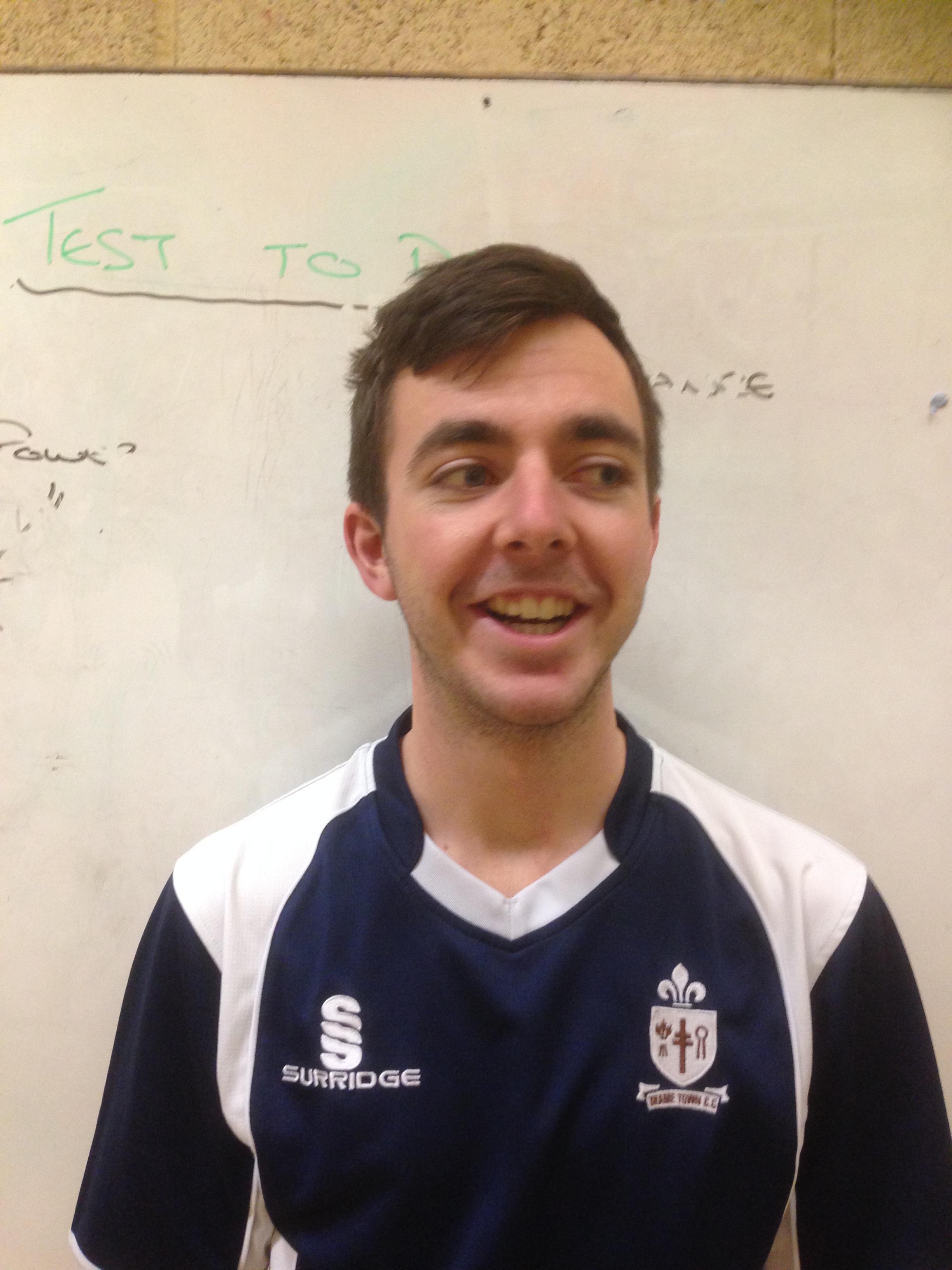 The 2nds travelled the few miles to play Chearsley 1sts, keen to bounce back from the previous week’s defeat and came away with a hard-fought draw. Asked to bat, Thame made steady progress while captain Chris Jeffcock (44) and Dan Patey (58, pictured left) shared a 2nd-wicket partnership of 67. Ali Thomas, Oli Sutcliffe and Christian Warwick then made useful runs to push Thame up to 202 all out from 52 overs.

In reply, the Chearsley openers stuck doggedly to their task, as they reached 64 before Ian McStay deservedly got the breakthrough. After that, good hitting from the middle order kept Chearsley in touch but without threatening to reach the target of 203. Their innings ended on 184 for 7, with Thame taking 15 points and staying top of Division 5. This Saturday, Thame entertain Banbury 4ths at Church Meadow. 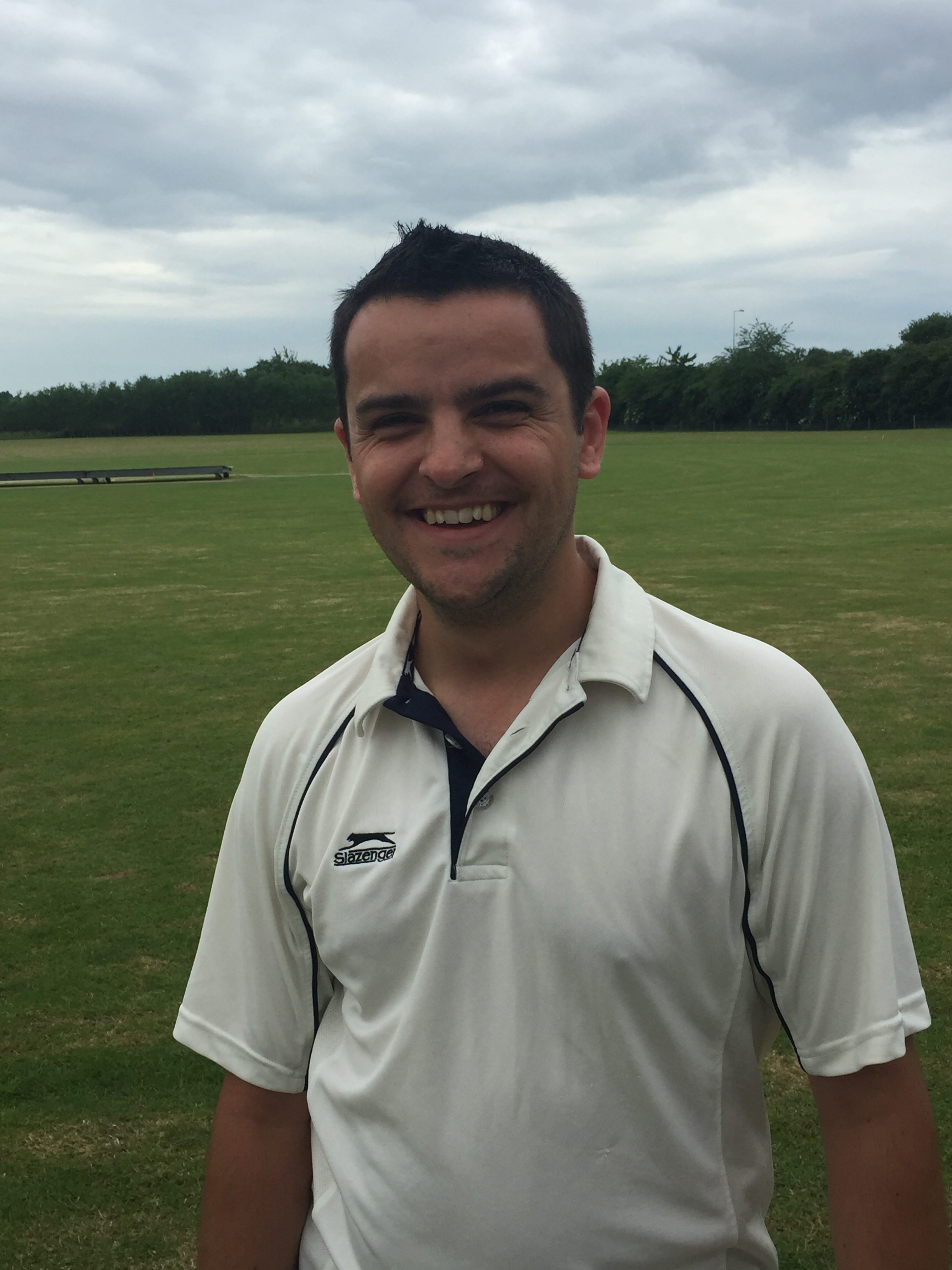 The run continues for the 3rd XI thanks to Mather magic

Thame 3rd XI maintained their unbeaten run with a 6 wicket win over local rivals, Chearsley 2nds. Thame won the toss and chose to field with a strong bowling line up in action this week. Nicholas Fuller got the new ball and picked up 2 for 21 in his opening spell, but the game was even with Chearsley plodding along at 54-2. It was Ed Mather who swung the game into Thame’s favour with a devastating spell of 5 wickets for 6 runs, which exposed the tail for Will Bruce Morgan (2-12) and John Phippen (1 for 0 off of 2 balls) to clean up the visitors for a total of 91.

Thame opener Ben Buckland got the team off to a good start with 25, ably supported by Vim Desai (22). It looked as though Thame would get there comfortably, but 4 wickets fell at regular intervals, leaving Danny Thompson (13) and Joe Phippen (12 not out) to take Thame towards the line.

Man of the Match can only be Ed Mather for his fantastic bowling performance.

Thank you to John Phippen, Kari Trachmann and Joe Phippen for Tea.