Thame travelled to Horspath on Saturday, and were put into bat by the hosts. Callum Russell (48) again top-scored for The Meadowmen, supported in the main by Gamindu Kanishka’s 47. But, Thame lost wickets regularly, and had Hassam Mushtaq (21*) again to thank for some lower order fight. Thame were all out for 178 after 49 overs.

In the field, Kalim Khan (1-38) removed the Horspath opener before Mushtaq (pictured below) kept Thame’s faint hopes of defending the target alive, taking 3-47. However, runs came at pace – Horspath eventually reaching 182-4 off of 36.2 overs.

Thame travel to local rivals Aston Rowant next weekend, looking to pickup a much needed win. 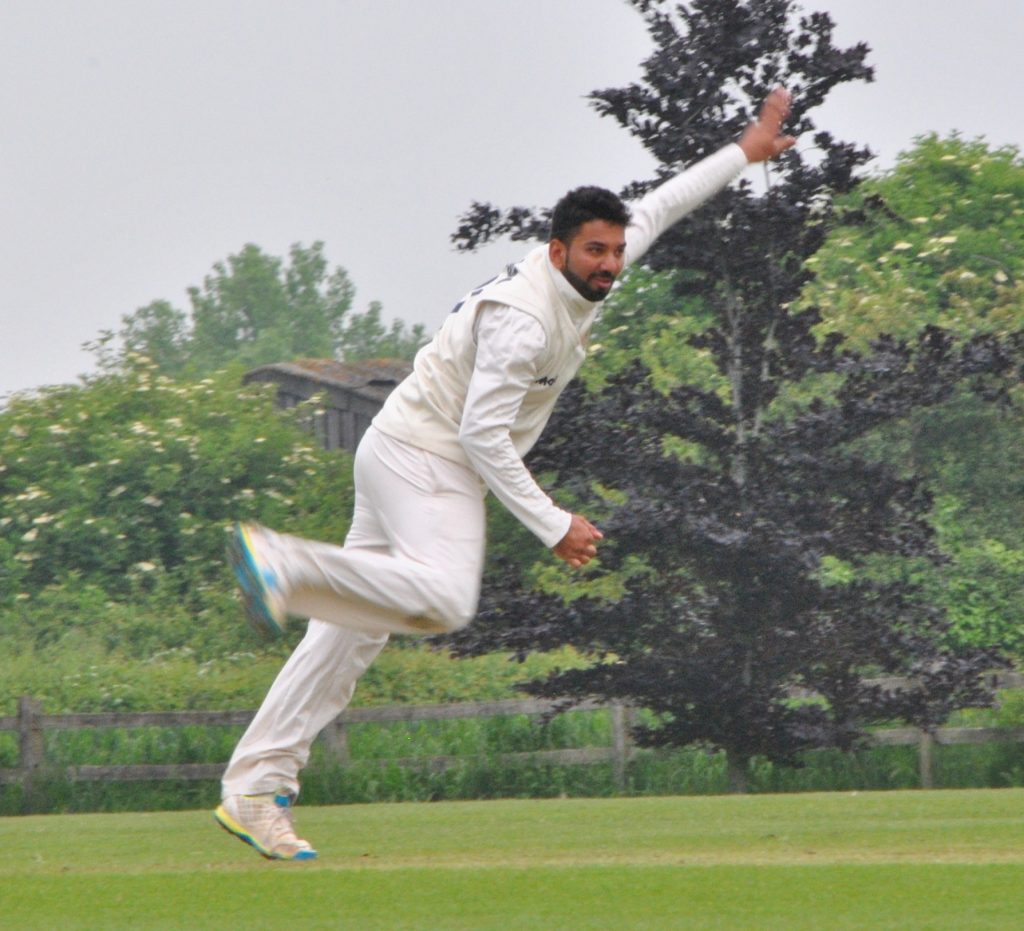 The 2s welcomed Witney Mills to Church Meadow. Losing the toss and bowling first, Thame got off to a strong start thanks to early wickets from Matt Furness (2-71) and Alastair Thomas (2-56). However, Witney Mills then turned the momentum, with Thame failing to capitalise on the chances that they had to get out Niall Devaney (110*) and Michael Dove (35*). Witney Mills finished on a strong score of 234 from their 53 overs.

In response, Thame got off to a very strong start with runs from top order batsmen Richard Carr (94, pictured below right), Christian Warwick (30) and Matt Furness (24). Although Guy Holmes’ knock of 37 almost propelled Thame to a victory, Thame were left stranded on 233 from their allotted 47 overs, leaving the side to settle for a draw. 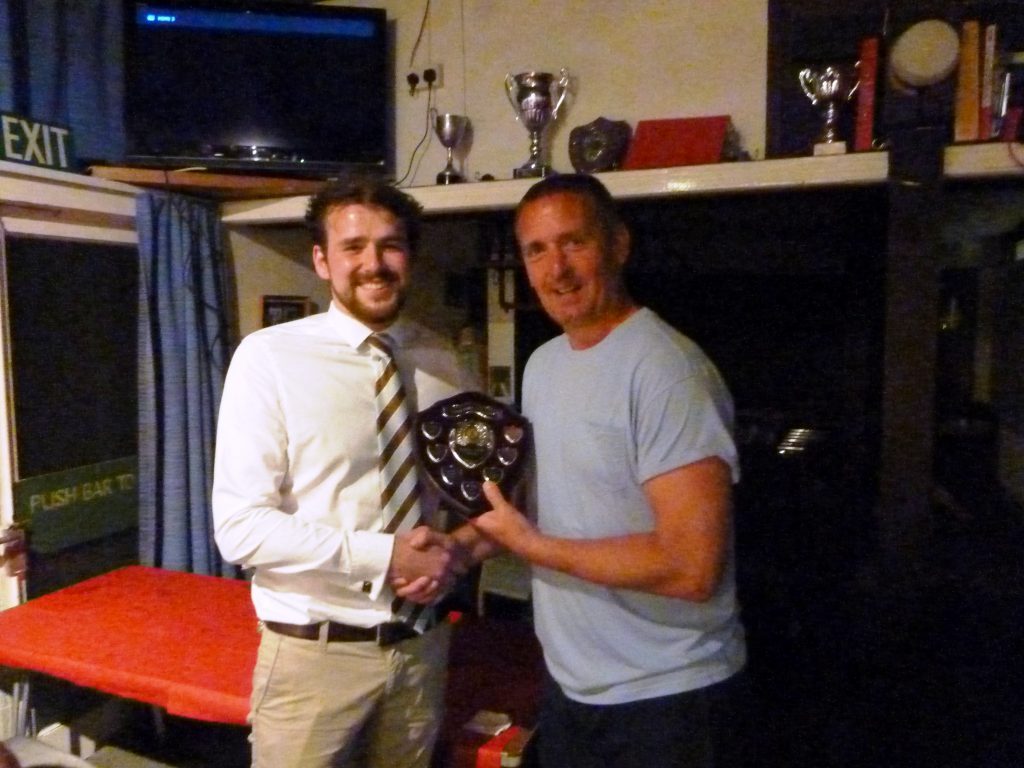 The 3s faced Oxford & Bletchingdon Nondescripts 3 at home, ahead of a pivotal run of fixtures. Thame lost the toss and were put into bat. In an unbelievable batting performance, Thame didn’t lose a single wicket – Andy Jinman (pictured below) smashed a brilliant 140 not out, supported by Joe Phippen’s 50 not out. With a generous 45 extras on top, Captain Vim Desai declared on 235-0 – giving Thame 9 extra overs to bowl at the visitors.

Facing a tough chase, Oxford & Bletchingdon got off to a flyer – Hussain racing to 65 to take his team to 70-0. Very slight jitters were squashed when James McStay (1-24) removed the dangerous Hussain, leading to a flurry of wickets. Desai (3-17) took out the middle order, before John Phippen (3-5) and Lewis Ludlam (3-5) ripped through the tail to have OBNCC all out for 101, before the rain fell. 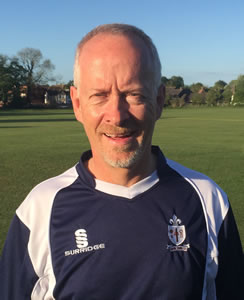 Thame 4s hit the road once again this week, this time to a blustery day as they took on Didcot 4s. Thame won the toss and put Didcot into bat, which paid early dividends as Pistol ‘Pete Higson’ took out off stump with quality delivery. Didcot then dug deep and proved more stubborn after the early breakthrough.  Eventually, with steady breakthroughs from Tony Barnes 3-42 and Mark Fellowes 3-28, Thame doggedly knocked off all the wickets leaving themselves with a target of 186 to win.

Thame made a steady start with Mark Fellowes, following his success with the ball, hitting a well earned 28 with the bat.  Support, however soon began to struggle with the Didcot pacer, Syed Ali, bowling out no less than 6 meadowmen on his way to 7-35. With contributions from Beth John on her debut (24) and Dan Hart (27) Thame made there way to 115 all out. Somewhat short but again Thame 4s show they have quality and earned themselves another 12 points and cementing themselves mid table in Div 10.

The 4s play Dinton next week.