Thame 1st XI faced Henley in the final of the John Goodman Plate, at our very own Church Meadow, on Saturday. With a good crowd in attendance, Thame won the toss and opted to bat first.

Shahbaz Meer opened up with 71 for Thame, but support was not forthcoming as the rest of the top order all fell for single figures. Hassam Mushtaq’s 43 helped boost the score, while Henley took regular wickets, before an invaluable quick 15 from Faisal Ali boosted Thame to 177 all out with 1 ball to spare.

An early LBW for Jonathan Jelfs (1-29) gave the Meadowmen a strong start, however a couple of strong partnerships put Henley in the driving seat. A flurry of wickets for Mushtaq (4-29) and a Chris Jeffcock run out gave Thame some hope, but Woods’ 65* saw Henley home by 4 wickets with 3 overs left.

A disappointing loss, in an otherwise strong season for the 1st XI in the pooled division. Congratulations to Henley on winning the John Goodman plate! 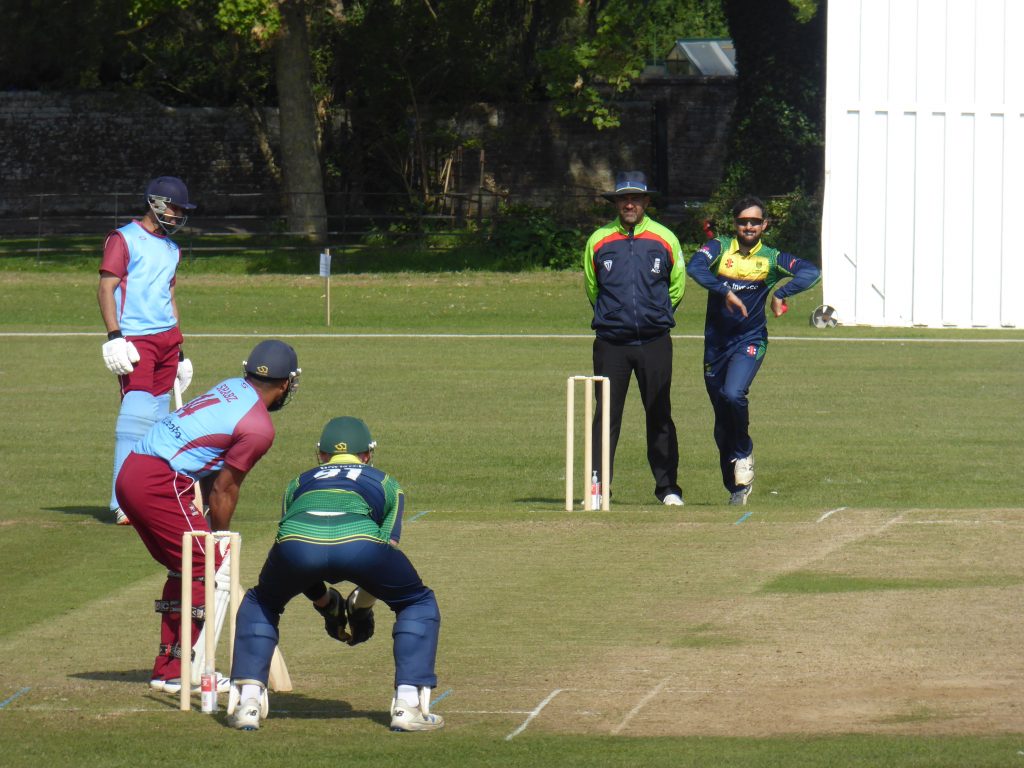 Thame headed to Banbury to face Witney Mills in the final of the Wilf Bennett T20 Final.

Witney Mills won the toss, batted first and got off to a good start thanks to Buckfield’s fast 51. Teenager Luke Hayes impressed for Thame, taking 4-26, and was at one stage on a hat-trick. Andy Russell and Kelvin Burrows took a wicket apiece, and Jack Aston got a run out, but some mistakes in the field helped Witney Mills set Thame 134 runs to win.

Thame also got off to a good start in reply, thanks to Will Sutcliffe who smashed 47. However Witney Mills picked up regular wickets in the middle overs, which saw the required rate rise. With an almost impossible task in the closing overs, Oli Sutcliffe hit 25*, but ultimately Thame fell 14 runs short.

Congratulations to Witney Mills on their victory, and a thank you to Banbury for hosting the finals day!

Women close the season with win

Sally Brentnall opened up with 18, as the rest of the top order fell away to leave Thame on 49-6. Cookham were generous with their extras throughout but it was Benson who again starred, this time with the bat, hitting 30 not out and leading Thame to win by 4 wickets.

On a hot barmy summers day, skipper Andy Jinman (Jinners) welcomed his old club, Northfields, to a friendly but competitive match at the Church Meadow. After some friendly COVID-19 elbow taps, the mighty Thames skipper Jinners flicked the coin, won the toss and decided to bat first.

The Thame innings started confidently, with Jinners and Manil Subasinghe showing patience and good technique, but there was an early loss of Manil (consultant radiologist – protect the NHS; don’t get out LBW; score runs). Next, Dave Saunders arrived at the crease to join Jinman. Rotation of strike was lacking with a stern “no means no” from a slightly tired Dave Saunders. Nonetheless, the score ticked on steadily with a 122 run partnership by Jinman (63) and Saunders (69) laying a solid foundation. Later in the innings, the very confident and assertive man of god, Paddy Harris (18), arrived to slash his blade with a quick cameo, including a mighty straight six to get off the mark. The innings was concluded with a rapid 27* by James Olliver, once again making batting/slogging look easy! The Jinners select posted an imposing target of 234.

In reply, Northfields showed very good intent but an early LBW trap was set by some clever bowling by Nick Humphries (1-30). Vim Desai (2-21) also came on to stem the flow of runs with 4 maidens but it was Taylor Vines (2-24) who bowled out dangerman Derreck (81). Also joining the party was the ever reliable Ian McStay (2-9). With victory safely assured, Jinman brought himself on with some wily slow hand grenades and was unlucky not to get a stumping with the culprit Harris being fined 1 ale. The innings was concluded with a swift run-out combo of Olliver and Harris combining.

The good natured and spirited match concluded with a back-drop music of “the banana splits” (thanks to the DJ talents of Mark Fellowes) and a guard of honour for a loyal Thame Town servant, Andy Jinman, who moves away from Thame in the coming months. We will all miss you Jinners, and thank you for all that you have done for the club! 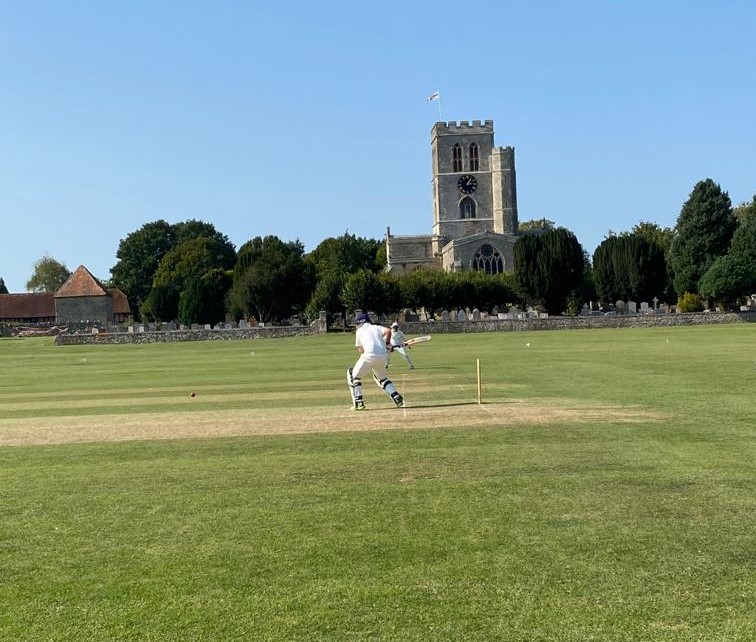 Also on Sunday, a Saxons side travelled to face West Bladon. Bowling first, Rob Tomlin (2-20) was the pick of the bowlers as West Bladon scored an impressive 227 from 35 overs. In response, Thame Saxons hit 181-9, Jeremey Shayler’s 27 leading the way, with several other batsmen getting starts.