Amersham were made to regret their decision to bat first, as Thame’s fast bowling unit produced a terrific spell of swing bowling to utilise helpful conditions – Amersham dismissed for just 53. Faisal Ali (pictured below) was once again the focal point, with 5-29, ably supported by Jo Van Dyk (3-13) and Devane Warner (2-11). The Thame performance with the ball amplified by fine catching behind the wicket by Callum Russell and Will Sutcliffe, who held 7 catches between them.

With the unexpected reward of batting before lunch, Thame lost Ollie Burland for a duck in the first over. However, the in form Callum Russell (39*) and skipper Mike Beard (14*) saw Thame home with no further damage done.

Thame sit second in the league at the halfway point in the season, and travel to Burnham next weekend. 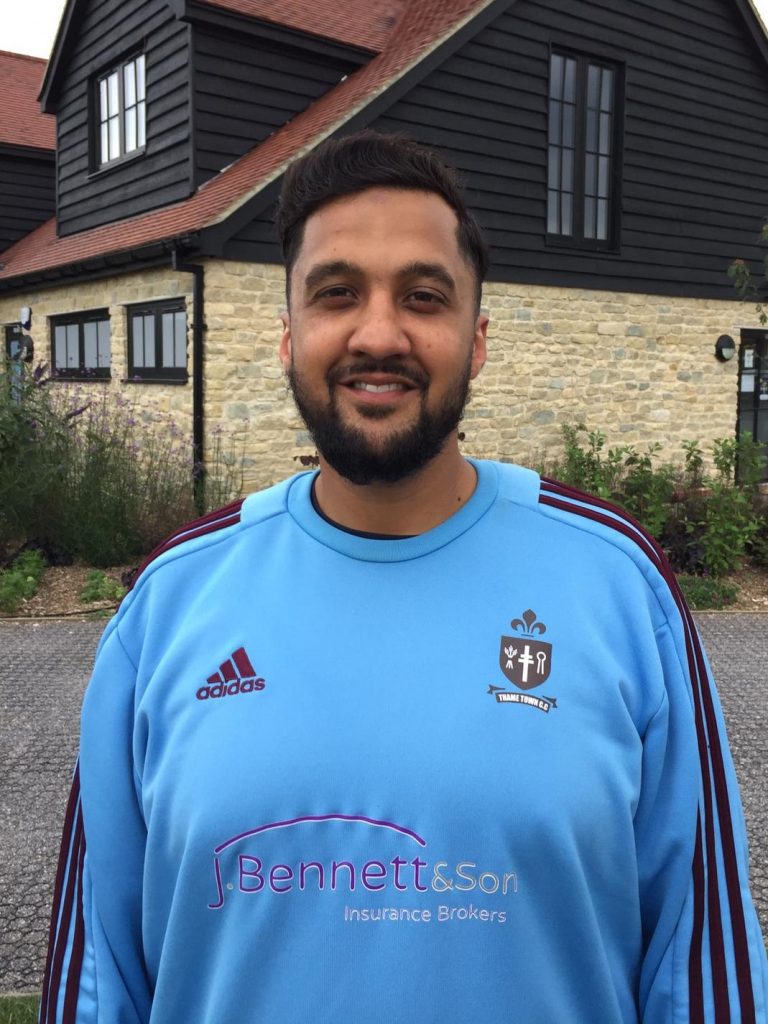 The 2nd XI faced East Oxford at home. Winning the toss and electing to bat first, Thame got off to a strong start thanks to Richard Carr (60), James Nielson (26) and Jack Aston (26). Despite a blip in the middle overs, big hitting from Adam Phippen (53*, pictured below) accompanied by Dan Patey (20*) helped Thame reach 221 from their overs.

In response, East Oxford got off to a quick start. However, spinners Adam Phippen (3-58) and Daniel Patey (2-51) pinned East Oxford back in the middle overs leading to a tense finish. East Oxford ended up matching Thame’s score of 221 on the very last ball thanks to a dropped catch in the field, meaning a tie between the two sides. 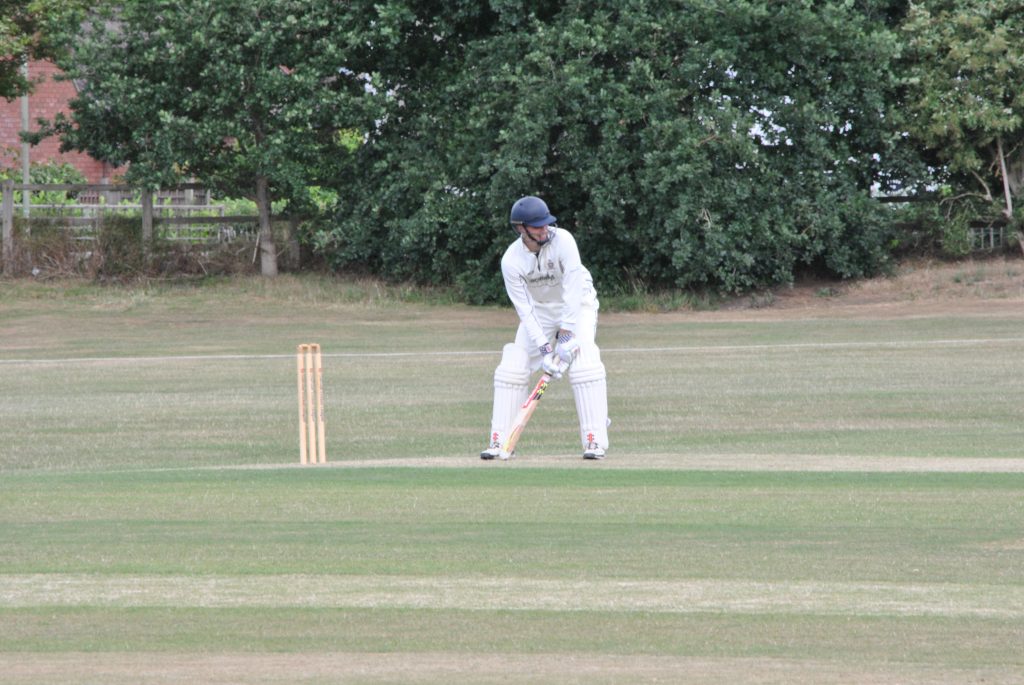 The 3rd XI travelled to first-placed Buckingham Town 4, and having lost the toss were asked to bat. Thame lost 3 early wickets on a very green pitch, before a strong 4th wicket partnership between Guy Holmes (35) and Gareth Bridges (25). At 7 wickets down, a 50+ partnership from Tim Hester (48) and Luke Hayes (27) pushed Thame out of trouble and up to 180 all out.

With the ball, Thame started excellently through Nick Humphries (pictured below) who posted figures of 4-38 from his 12 overs. Thame took regular wickets as the required rate increased, with Hester and Hayes taking 1 wicket each. Ian McStay mopped up the tail with 3-25 from just 5 overs, to have Buckingham all out for 109. With the win, Thame leapfrogged their opponents to the top of the league!

The 3s face Challow & Childrey 3s at home this weekend. 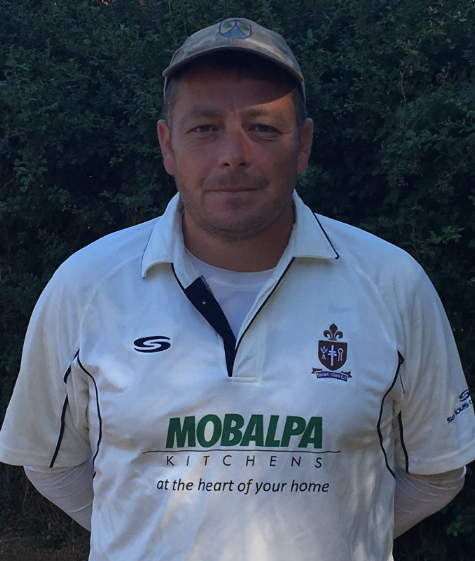 Thame 4s hosted Dinton 3s on Saturday, in an important bottom of the table clash with local rivals. Having won the toss Dinton put Thame into bat. Thame made a steady opening, but a flurry of wickets had them at 20-3 after 6 overs. Charlie Anderson then steadied the ship with key partnerships with Tim Airstone (18) and Shay Reading (28). Anderson eventually out for 102 in 84 balls, to take thame to 192-5 off their 45 overs.

In reply, Dinton made a strong start by posting on 37 before the fall of the first wicket, Will Bruce-Morgan taking the important wicket and posting impressive figures of 3-23 off 10 overs. Not to be outdone, Chris Penny bowled the other opener and eventually posted figures of 3-18 off his 15 overs. Needing to bowl Dinton out to claim the win and the full 25 points, Thame had the visitors at 58-5 before the rear guard action began. Dinton eventually saw out the remaining overs, ending on 130-7. Thame taking a winning draw and 16 well deserved points

Next week Thame travel to Cumnor.