It was a case of déjà vu again this weekend, as the Men’s sides battled the weather on the Saturday, before the Women had no such issues and put in an other brilliant performance on the Sunday. It was the half way point of the Men’s League season this week, and Thame 1st XI hosted Amersham at Church Meadow. Amersham won the toss and bowled. While many of Thame’s batters struggled, Luke Hayes (58*) batted with maturity and held the innings together at 3. Alex Browne made a quick-fire 31 and Jonathan Jelfs added a valuable 21 at 11 to put on 34 for the last wicket, as Thame were all out for 202 in the 58th over. Skipper Hassam Mushtaq and Faisal Ali took an early wicket each, around several rain delays. Sadly, the rain again won over with Amersham on 64-2, and the game was drawn. The 1st XI stay 5th and host 9th-placed Cumnor next.

A strengthened 2nd XI travelled up the hill to take on Stokenchurch. After losing the toss and being asked to bat, Thame put in a superb performance. Jack Aston hit 66 off 43 balls, leading a strong middle order of a returning Christian Warwick (55) and Hugh Pilkington (54). Greg Jenkins added an unbeaten 54 off 33 balls, as Thame managed to wrack up 317-5 from 51 overs. Chairman Pete Tervet then opened the bowling with 4-49, as the hosts never threatened to chase. In a race against potential rain, Jenkins added 2-30 to his excellent day, before Josh Towell (2-8) closed the game to give Thame the win by 177 runs. The 2s move up to 6th in a tight division and next travel to Bledlow Ridge, who sit 8th.

Thame 3s hosted Brackley 2 at Lord William’s School, won the toss and bowled. Chris Penny removed the openers on his way to 4-30, as most batters struggled. Brackley were indebted to 1 major partnership, which boosted them up to 194-8. With rain on and off, Thame suffered a batting collapse, but did manage to hold out for a draw when the rain finally won at 41-7. Currently bottom, the 3s host 3rd placed Middleton Cheney next.

The 4th XI faced Tiddington 3 at Great Haseley, and after winning the toss, bowled. Shay Reading topped off his recent great form with the ball, taking a memorable 7-42. In partnership with Trevor Spindler (3-29), Thame only needed the 2 bowlers, as Tiddington were all out for just 73 in 22 overs. Looking to beat any potential rain, Tim Dabbs (46*) and Charlie Anderson (16*) then raced to a 10 wicket win in 10 overs. Sitting 8th in the table, 4 matches unbeaten, the 4s travel to 5th-placed Bletchley Town 2 next Saturday.

Table-topping Thame Women were away to Deddington in the 3rd match of the Home Counties Premier League. After winning the toss and batting, Thame were in trouble at 48-6, having lost most of the top order for single figures. Harshani Malan (38) and Natasha Beckett (30), combined with a wag of the tail, propelled Thame to 152-9 from the 30 overs. At 45-1 in reply, Deddington were in a good position, before Eli Dey ran out the star batter and took 2-12 from 6 overs to swing the game. Sarah Sanderson added 2-13, as the rest of the order all fell for single figures and the innings petered out at 78-8. After 3 wins from 3, Thame stay top of the table and travel to 3rd place Wargrave next week. 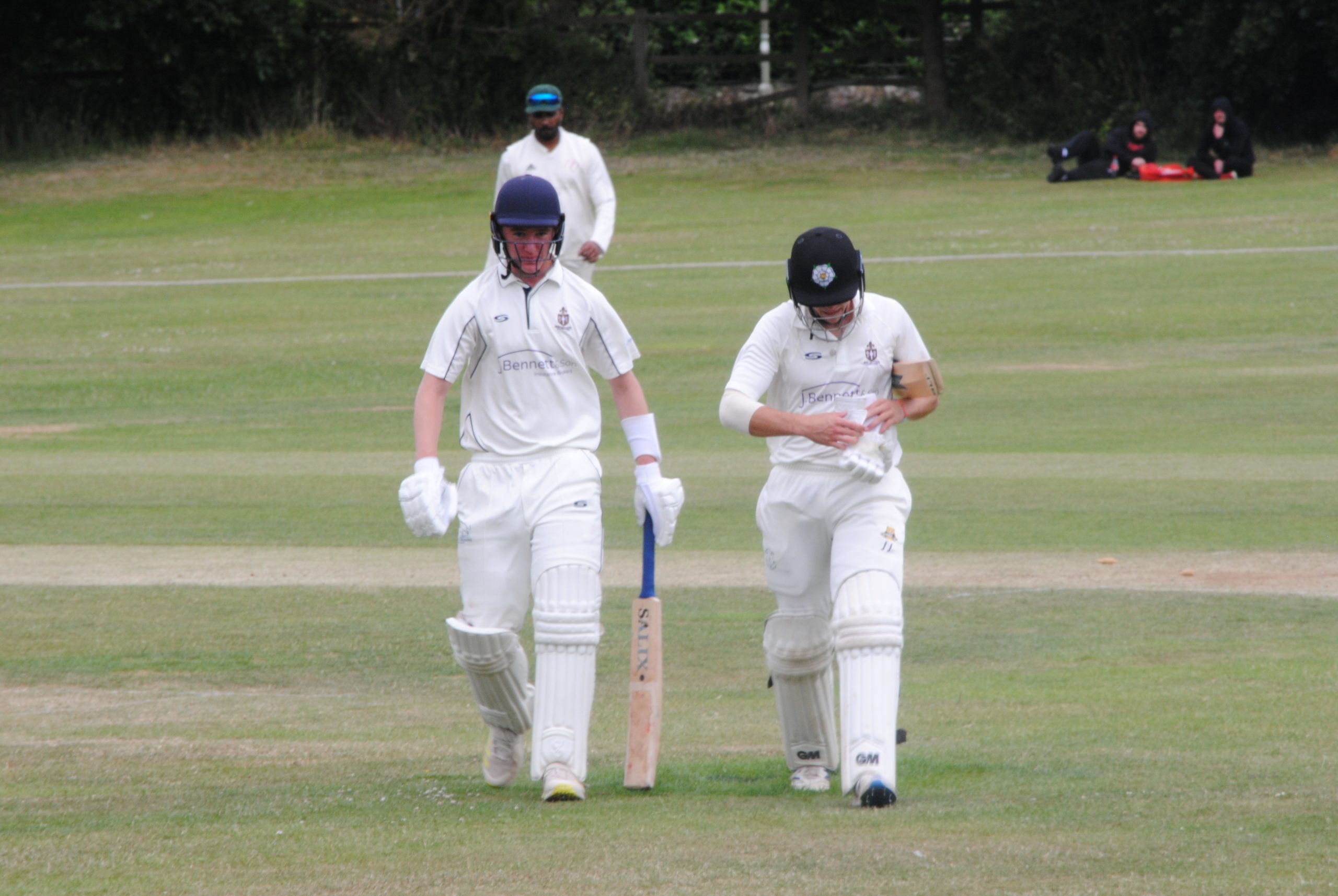