Andy Russell top-scored in reply with 37, in a last-wicket partnership with Chris Jeffcock of over 60 – but ultimately Thame fell to 140 all out.

In the restructured post-COVID league, the 1st XI will play 8 league matches against more localised opposition from a mixture of the Home Counties divisions, with the aim of qualifying for a knockout tournament in September. The 1st XI fixtures can be found here.

The team host Wargrave next Saturday at Church Meadow.

The 2s vs Aston Rowant on Saturday was approached with caution, but most importantly excitement to have cricket back at the meadow! New captain, Oli Sutcliffe, showed his worth early on by winning the toss and choosing to bowl. Youngster Luke Hayes (1-38) was brilliant in his opening spell in keeping the batsmen honest and the runs tight. Chances went a-begging as Rowant’s openers and strong middle order took charge, but James Mcstay (3-43) and Dan Patey (3-27) made sure the score didn’t get out of hand. After 40 overs Rowant finished on a very strong 224-8.

Following the obligatory bring your own tea, Thame got off to a shaky start finding themselves 39-3. Rob Johnson (43) played a classy anchor role and was joined by Hayes (29*) to build a great partnership. Rowant’s total was always too high and Thame were eventually bowled out for 122.

The 2s find themselves in Tier 2A in the restructured post-COVID system, and will play 7 league matches starting away at Stokenchurch on Saturday. The 2nd XI fixtures can be found here. 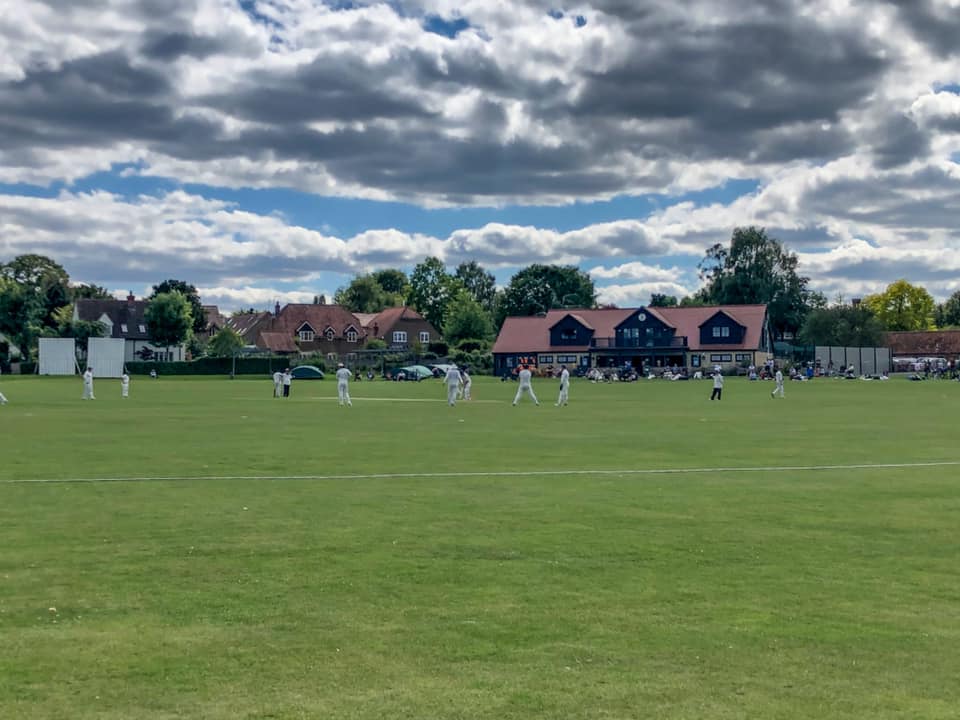 The 3rd XI and 4th XI faced off on Sunday, giving both teams a friendly chance out in the middle before competitive cricket begins. Batting first, the 3s started strongly with Luke Hayes (51 retired) and Nick Fuller (37). Young Zac Harris impressed in his first Men’s match with 25, while the pick of the bowlers was undoubtedly Shay Reading who took 5-19, including a hattrick, to close the innings at 176.

Charlie Anderson (48) led the reply, as the 4s fell behind the required rate. Henry Pearson (27*) put in an impressive display late on, but the 4s fell short on 158-7.

The 3s have been placed in Tier 5B and travel to Cropredy 4s this Saturday, while the 4th XI host Minster Lovell in Tier 6.

Our Women’s team will be returning to the field this weekend too, travelling to face Henley in a friendly on Sunday. League cricket will start on August 9th, while the rest of the calendar will be filled with more friendlies.

Keep up with the Women’s team’s season here.