Weekly roundup – A weekend to forget for The Meadowmen 13/5 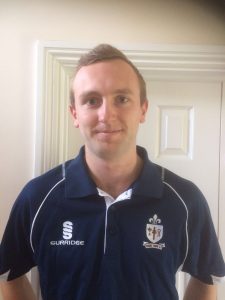 Thame 1st XI hosted Buckingham for their first home league game of the season and were asked to bat after losing the toss. After losing Will Sutcliffe in the first over, Thame struggled for momentum on a slow wicket. Some fluency was found in a strong partnership between skipper Mike Beard (54, pictured right) and Richard Straughan (61), but Thame failed to capitalise on this platform and a rather disappointing final 10 overs saw them finish on 205-8.

Knowing this to be below par, Thame battled extremely well to keep Buckingham quiet in reply. A strong performance in the field, combined with some tight bowling, saw the required rate steadily climb towards a tense finish. However, wickets in hand ultimately proved vital for Buckingham, who got home for the loss of just 3 wickets with 6 balls to spare.

Thame look to get back to winning ways next weekend away at Amersham.

In return, Witney Mills started by scoring below the needed run rate but retaining key wickets in hand. Although Chris Penny, Matt Furness and James Adams all took key wickets, Witney Mills scraped a victory with 11 balls remaining, thanks to mature batting performances from Mayho, Claridge and Evans.

Thame 2nd XI play against Bletchley Town 1st XI at home next week, where they will be looking to kick-start their season! 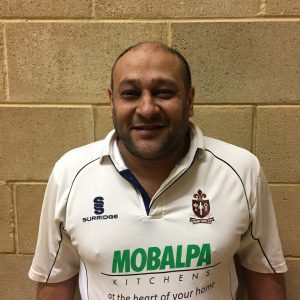 3s batting lets them down against tough Twyford

Thame 3s lost by 106 runs, away to a strong Twyford team. Thame managed to keep Twyford to a reasonable total for 30 overs but a solid 51 from Cronshaw and some power hitting by Bridgeman (73) ensured a sizeable total of 229.  Vim Desai (pictured right) offered some bowling resistance, taking 6 wickets, while Ian McStay, Lewis Ludlam, Danny Thompson and Jamie Wiles took 1 each. Wicketkeeper, Paddy Harris, took 4 catches and 2 stumpings.

Thame, in reply, started respectably with a 30 from Desai, but a middle order collapse left Thame in Tatters. This left George Patey (24), Mark Fellowes (23 and the tail to attempt to salvage a draw. But it wasn’t to be, as B. Harper starred for the hosts taking 5 for 36, to have Thame all out for 122.

The 3s are back at home next week, against Cropredy 3s, both seeking their first wins of the season.