Thame 1st XI battled to a first win of the season against Cookham Dean. Bowling first, Thame lost Andy Russell to injury in the 9th over, leaving them to field with 10 men for over 40 overs. Despite this, Thame rallied to keep things tight, with particularly miserly spells from Faisal Ali (1-21) and overseas pro Johannes Van Dyk (2-37) on debut less than 24 hours after arriving in the country. This restricted Cookham Dean to 231-5.

Despite losing two early wickets, Thame got off to a fast start in their reply. A fine partnership between Mike Beard (58) and Thomas Bamford (84*, pictured below) steered Thame within sight, but a late lower order wobble led to a nervous finish. Thame eventually getting over the line with 2 wickets to spare. 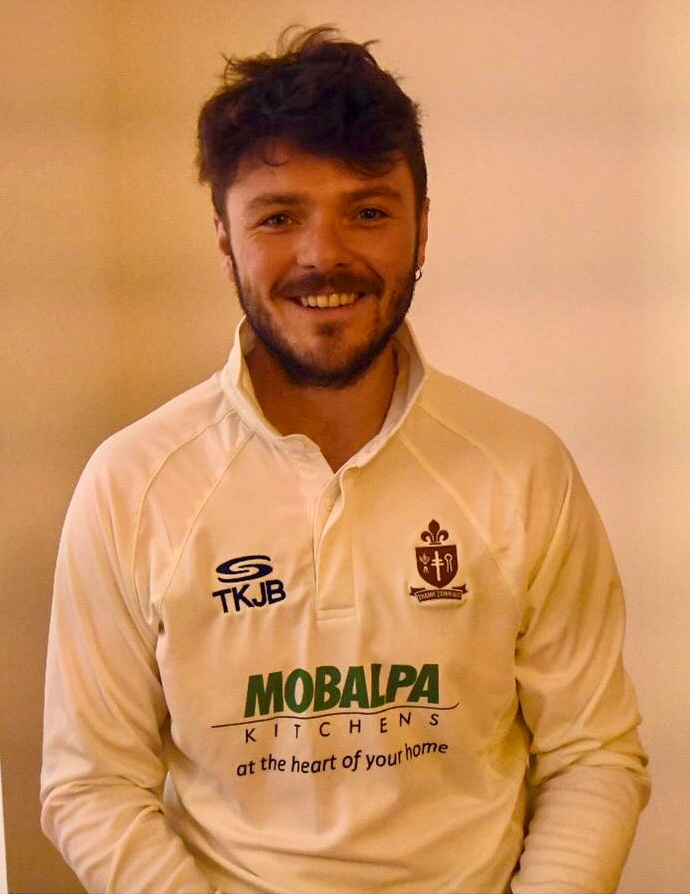 2s cruise to victory over Banbury

The 2nd XI welcomed Banbury to Church Meadow. Winning the toss and electing to bowl first, Thame got off to a strong start thanks to tight bowling from Sam Lachlan (2-33) and Matt Ridgway (2-46). More tight bowling from Dan Patey (1-15) and Ben Warwick (2-18) then pinned Banbury back to a below-par score of 161.

In response, James Nielson (44) and Christian Warwick (45) smoothly guided Thame towards the target. The middle order then knocked off Banbury’s target, helping Thame 2s to secure another win.

Thame travel to Great Brickhill next week where they seek to extend their unbeaten run.

The 3s hosted Brackley at Lord Bills, and after losing the toss were asked to bowl. Brackley were pegged back instantly with some fine bowling from Luke Hayes (2-12) and Ollie Chaplin. This created pressure on Brackley as the run-rate was thwarted and allowed Tim Hester (4-23) and Nick Humphries (3-17) to make inroads into the batting order as Brackley attempted to accelerate. Brackley were eventually all out for 153.

In reply, Thame found the wicket equally tricky losing an early wicket, before Rob Johnson and Paddy Harris steadied the ship. The spine of the Thame innings was however an 86-run partnership between Guy Holmes (68, pictured below) and Luke Hayes (21) taking Thame to 141 for 4. After both Guy and Luke were dismissed a mini collapse and a nerve-racking finish ensued. It was left to Ollie Chaplin to hit the winning runs after a 2 hour power-nap.

Thame next play Stokenchurch away next week. 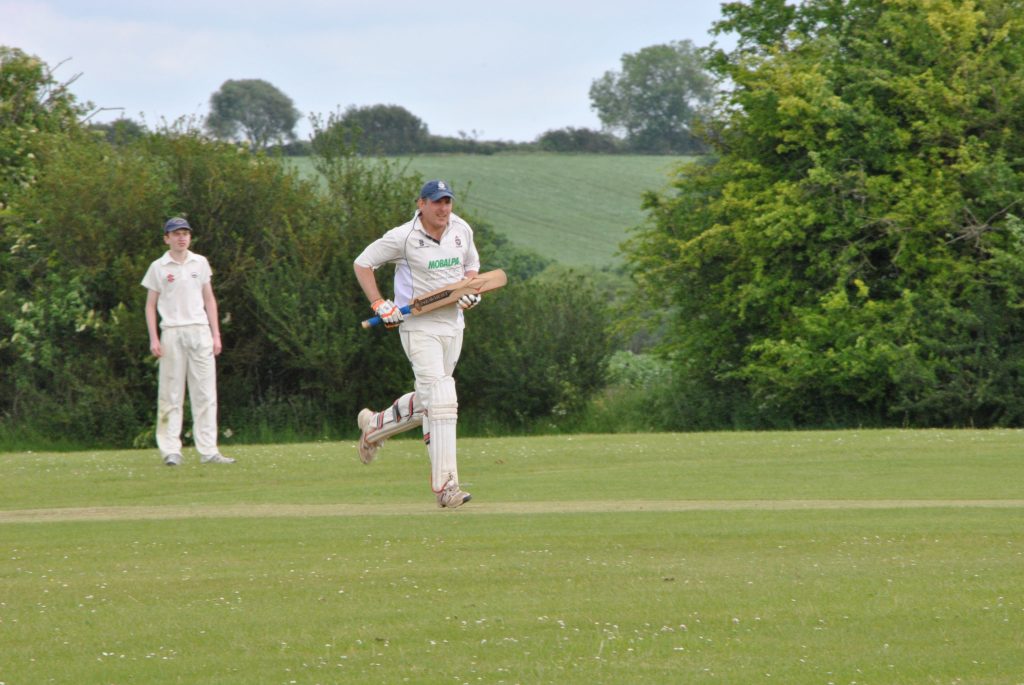 The 4s travelled far to face Cropredy 3s at their new pavilion. The hosts won the toss and put Thame into bat.

After a rain delay, Thame went out into testing conditions and were under the cosh early at 10-4. Captain Tim Dabbs (21) and Neil Smith (15) steadied the ship before a further rain delay forced early tea. After the break, Thame had another collapse to 67-9, before Rob Kenny (23) took the total up to 109, ably supported by a solid Trevor Spindler.

With the ball, Thame started well through Trevor Spindler (4-13) and Chris Penny (1-13), restricting runs and taking wickets. A strong 5th wicket partnership looked to take Cropredy towards a seemingly easy chase, when at 80-4 Smith had their pinch hitter caught on the boundary. Back in the game, Cropredy’s young tail slowly edged towards the total while losing the occasional wicket to young Martin Wiles (1-10), Mark Fellowes (2-1) and the returning Spindler. With the sun getting lower, Thame needed 1 wicket and Cropredy needed 4 runs off the last over to win – enter Fellowes, bowling out the Cropredy number 10 to claim a dramatic win for Thame by 3 runs.

The 4s face Kingston Bagpuize 2 at home, next week.

On Sunday, Thame’s women took on a team from Reading University in an 8-aside T20 format. Thame won the toss and elected to field, but in spite of a strong bowling attack and tight fielding, their only wicket was from Mel White, and Reading reached 140-2.

In the 2nd innings, Reading unleashed their secret weapon, a former junior Welsh international bowler, providing a challenge for Thame’s batters. Thame did well to score 73-5, with top runs from Mel White and Bridget Cooper, and with Sally Brentnall at number 3 steadying the batting through to the end, joined by Sarah Stewart claiming 12 in a stalwart finishing partnership. It was an enjoyable match but on this occasion, Thame’s older team could claim neither age nor experience as an advantage!

Next Sunday the team face the Oman Women’s National team at Church Meadow, followed by the 3rd Super 8s tournment at Deddington on bank holiday Monday.