Thame 1st XI secured promotion back to the top flight in a thoroughly entertaining game against third placed Harefield. Having won the toss and elected to bat, Thame scored quickly on a small ground that is notoriously difficult to defend. Wickets tumbled at regular intervals however, but a fine 120 run partnership between Hassam Mushtaq (57) and Ollie Burland laid the perfect foundation for an explosive finish. Burland was eventually dismissed for a magnificent 118, with Thame’s lower order adding valuable runs in a total of 301-7.

That score didn’t look beyond reach however, and Harefield got off to an absolutely flyer. Despite two early wickets, Harefield reached 100 in just 13 overs and Thame looked to be on the ropes. A rain break allowed time for heads to clear, and Thame resumed with clearer plans and a more disciplined display. Skipper Beard made the key breakthrough, dismissing Harefield’s pro Michael Barry for 77, but Harefield would not lay down. Knowing a win would keep their own promotion hopes alive, the lower order struck some mighty blows to keep the target in range. Harefield required just 63 off the final 9 overs with 4 wickets left and two set batsman. Enter overseas star Johan Van Dyk, in his final game before returning to South Africa. He bowled Lee Tyrell for 41, and then produced an exhibition of yorkers to take the game away from Harefield. Tom Bamford took a screamer at deep midwicket to take Thame within one wicket of promotion, and fittingly it was Van Dyk who sealed the deal, finishing with 4-41.

Oxford’s defeat at Oxford Downs means Thame require just three points in their final home game of the season to finish as champions. 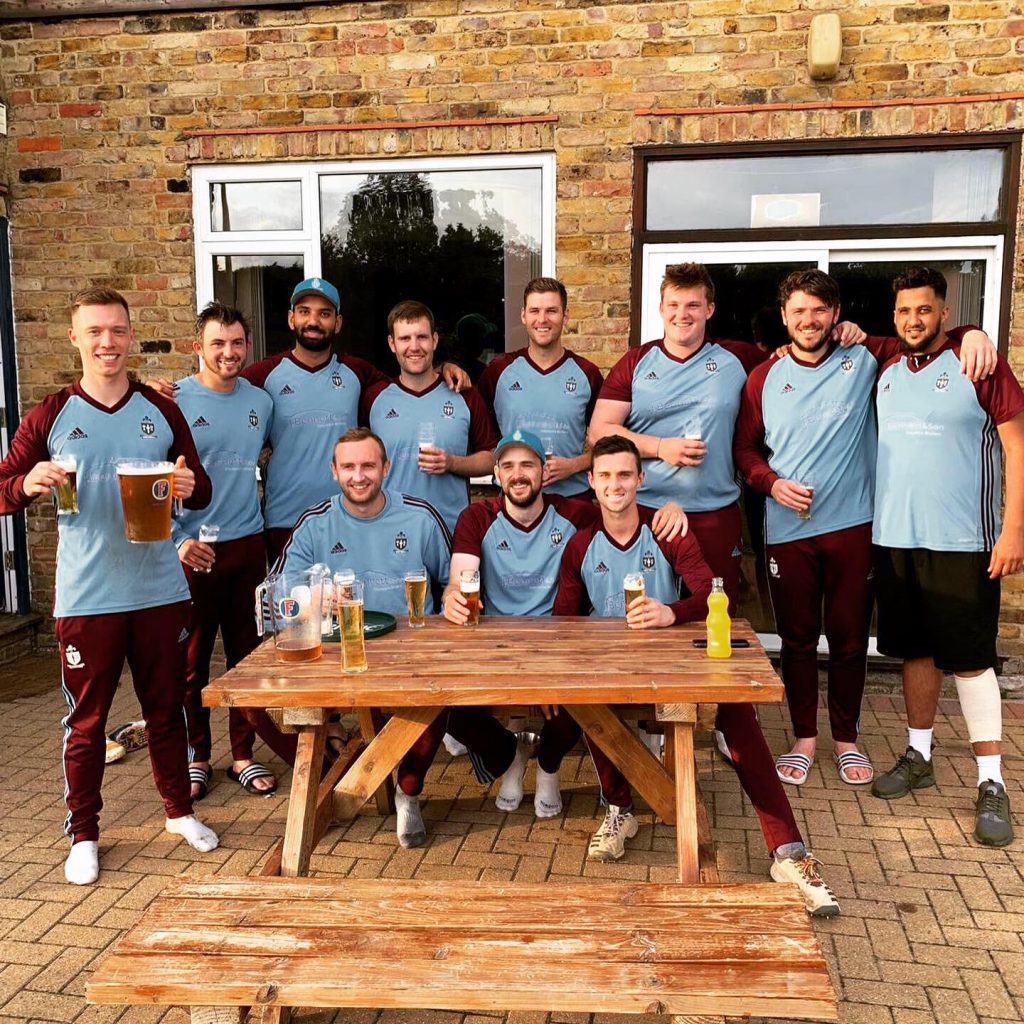 2s beaten by strong Sandford side

The 2nd XI welcomed table toppers Sandford St Martin to Church Meadow. Losing the toss and bowling first, Thame got off to a decent start thanks to veteran Sam Lachlan (3-24, picture below).  Despite wickets from Adam Phippen (2-25) and Daniel Patey (2-27), Sandford’s middle order collected enough runs to spur them up to a total of 170 runs.

In return, Thame continually lost wickets and struggled against Sandford’s opening bowlers.  This led Thame to be dismissed for only 63 runs.

The 2nd XI travel to face East Oxford next week in their last game of the season. 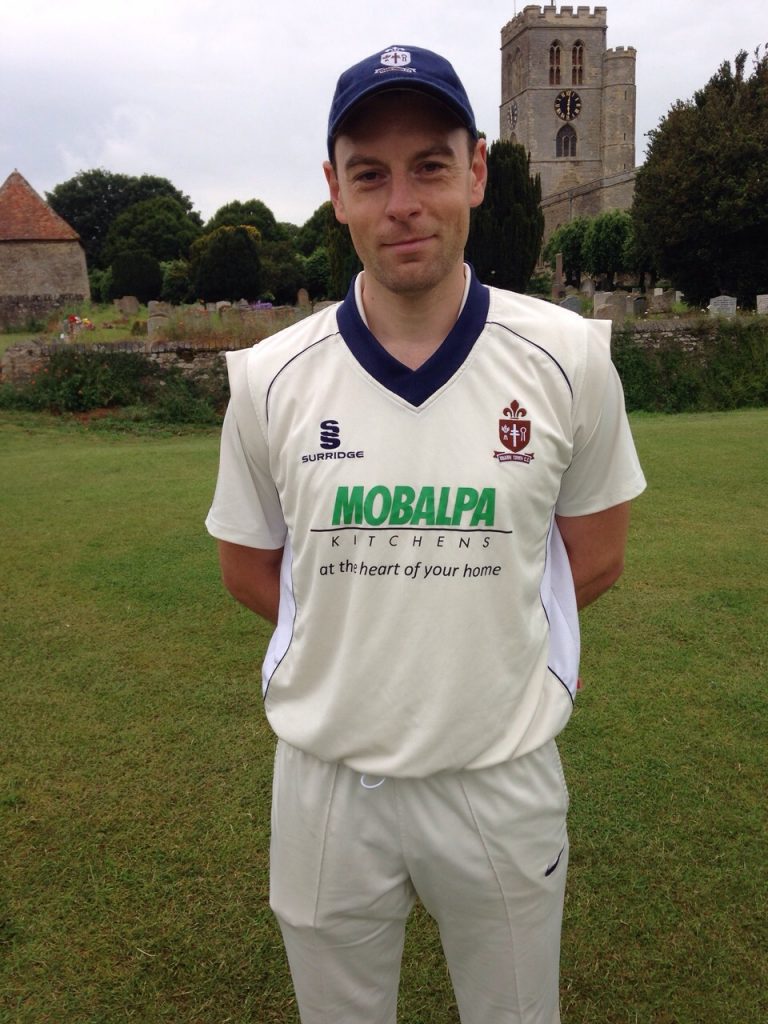 Championship winners Thame 3s visited Abingdon Vale on a cloudy day. Having won the toss, Thame decided to bat first. With an aggressive start the Thame openers, Vim Desai and George Patey, took full advantage of some lose bowling, negating the new ball and an seeing off an impressive bowling spell from Tariq Rahim (4-31). Having seen off the new ball and the only real threat, the run fest accumulation began, with Rob Johnson (73, pictured below) and Justin Avery (35) setting about an impressive score of 272 all out.

With a massive target to defend, Thame’s championship and dominant bowling attack bowled out Abingdon Vale for 138 inside 29 overs for a convincing victory by 140 runs and securing another 25 points. Thame’s dominating bowling was shared by Nick Humphries (3-14), Luke Hayes (1-27), Ollie Chaplin (1-28), Ian McStay (2-15) and Vim Desai (1-2). With a comprehensive win, without breaking a bead of sweat, the Mighty Threes (the Kings of Div 8) were back at base camp or early drinks to celebrate with the Mighty Ones!

The 3s finish the season at home to Buckingham Town 4s.

Thame 4th XI hosted title-chasing Tiddington 3rd XI at Lord Williams’ School. True to form, Thame lost the toss and were asked to bat. Most Thame Batsmen managed to get starts, but it was Rob Kenny (30) who lead the way, batting at number 4 and sharing several of Thame’s best partnerships. Once again, it was Chris Penny (26*) with Tim Airstone (16*) who combined well to propel Thame to 170-7 off of 45 overs.

Facing a strong Tiddington batting line up, Will Bruce-Morgan (2-51, pictured below) made an early breakthrough but an unbroken 3rd wicket partnership of 123 between Stapley (50*) and Higgs (69*) took Tiddington to the win with 11 overs to spare.

With safety secured in Division 9, the 4s close the season away to Dinton 3. 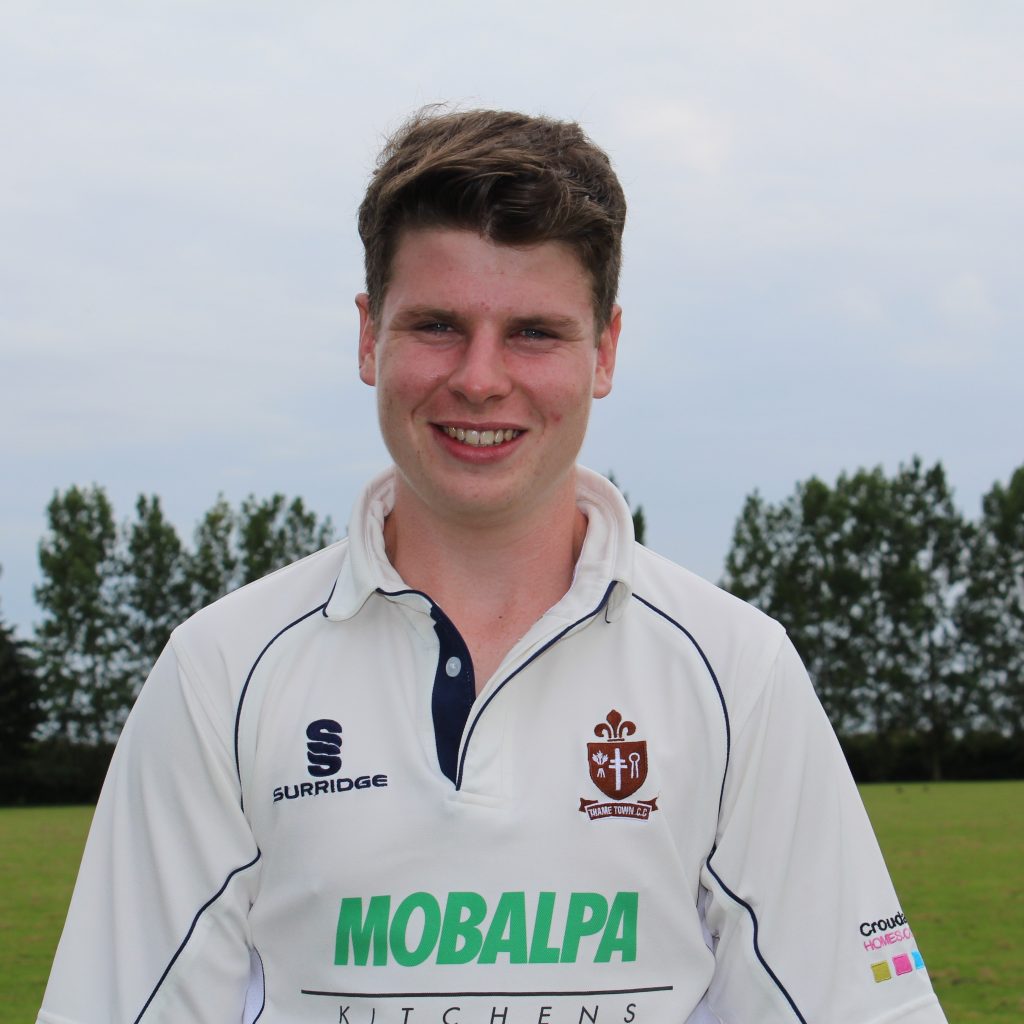 Thame Town wrote another page in the club’s history on Saturday, when they fielded a 5th Saturday XI for the first-ever time, in a friendly against a strong Oxenford side, at Great Haseley. The visitors were asked to bat first and Martin Wiles (7-3-10-0) and Zahid Hussain (7-0-15-1) made them struggle their way to 29-1 from 14 overs. Thereafter, the Oxenford middle order took control and moved swiftly to 171-4 from their 35 overs, despite good wickets from the McDermott family – Charlotte with 1-32 and Pete with 1-14, plus a good catch.

After tea, Thame made a solid start but a flurry of wickets, against good swing-bowling, reduced them to 50-4 and the outlook was gloomy. Partnerships of 36 between Andy Jinman (59) and Zahid Hussain (20), then 30 between Luke McStay (20) and Pete McDermott (7) gave them hope of the win. Two unfortunate run-outs, however, put paid to the run-chase, which ended at 150-8 off 35 overs. A very commendable and hugely encouraging first outing for a relatively inexperienced 5th team! 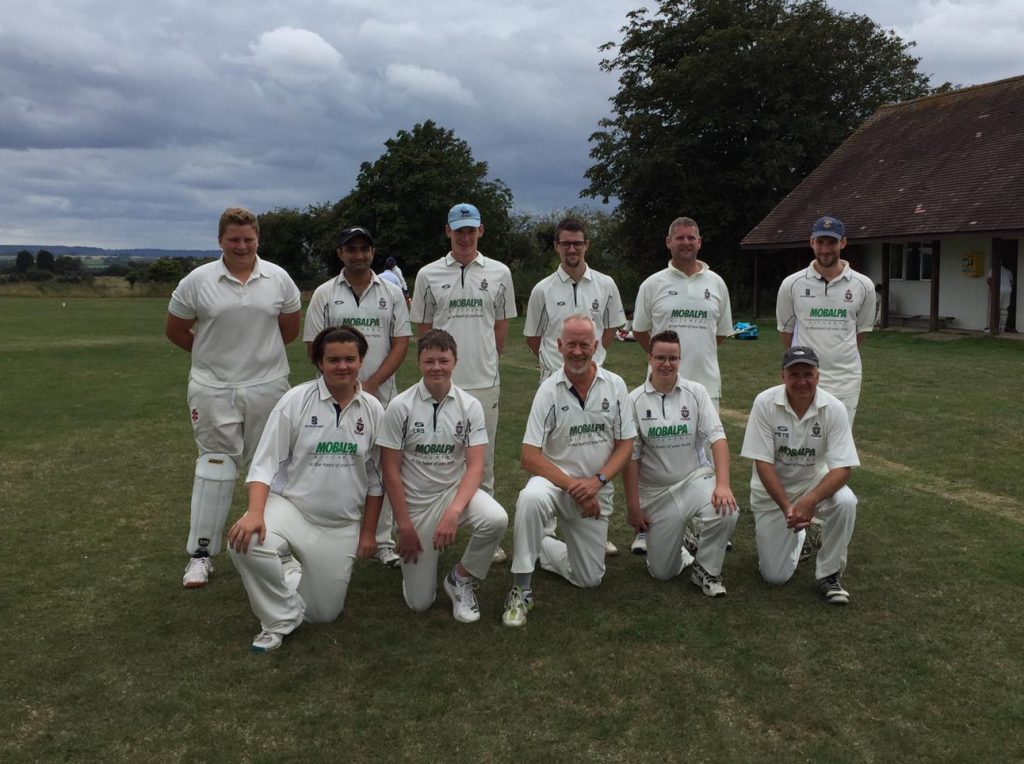