1st XI win thriller in the last over 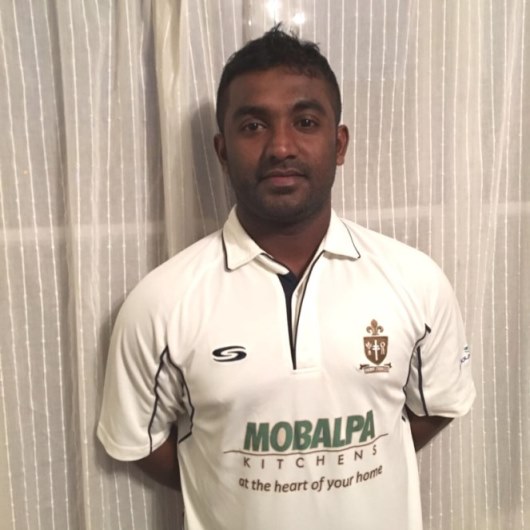 After a brief delay due to rain, the Meadowmen were stuck in to bat in tough conditions which the Buckingham bowlers took full advantage of, reducing Thame to 18-2. However, a patient 70 from overseas pro Gamindu Kanishka (pictured right), coupled with yet another 50 from the in-form James Adams held the innings together. Before, Adam Phippen came to the fore with a quickfire 44 to bring the total to 216-5 off the allotted overs.

In response, Buckingham made a solid start, reaching 42 before skipper Michael Beard made the breakthrough in a tight spell of bowling. Hassam Mushtaq (3-72) and Andrew Russell (3-40) continued to pin back the Buckingham run chase with regular wickets. Despite this the lower middle order continued to press towards the total, with all three results still on the cards going into the final over. 8 wickets down and requiring 17 runs, Buckingham’s Nuwan Jayasena dispatched the first two deliveries for 4 and 6 before Mushtaq and Russell combined to leave Thame needing just 1 wicket from the 3 remaining deliveries. This came 2 balls later, with Russell this time combining with Rooney for a run out to seal victory.

Thame now sit 4th in the league and this Saturday host Amersham.

A 3rd straight win for the 2s

Thame 2nd XI welcomed 3rd placed Witney Mills to the Meadow, looking for a win after only narrowly losing to them earlier in the season. Winning the toss and electing to bat, Thame failed to gain much momentum. With the exception of runs from Matt Furness (44, pictured below), Daniel Patey (23) and George Patey (20), fine bowling from Steve Kelly (4-40) and Sam Haselgrove (6-37) prevented Thame’s batsmen from scoring big totals. Thame ended up being bowled out for a sub-par 154.

In response, Witney Mills’ chances of winning never looked high thanks to impressive spells from Matt Ridgway (4-30) and Alastair Thomas (4-34) that tore through the top order. Despite resistance coming from Nicholas Anderson-Pierce’s (52) half-century, Witney failed to reach Thame’s total and were dismissed for 125.

Thame 2nd XI are now 4th in the table and travel to Bletchley where they hope to capitalise on their great form. 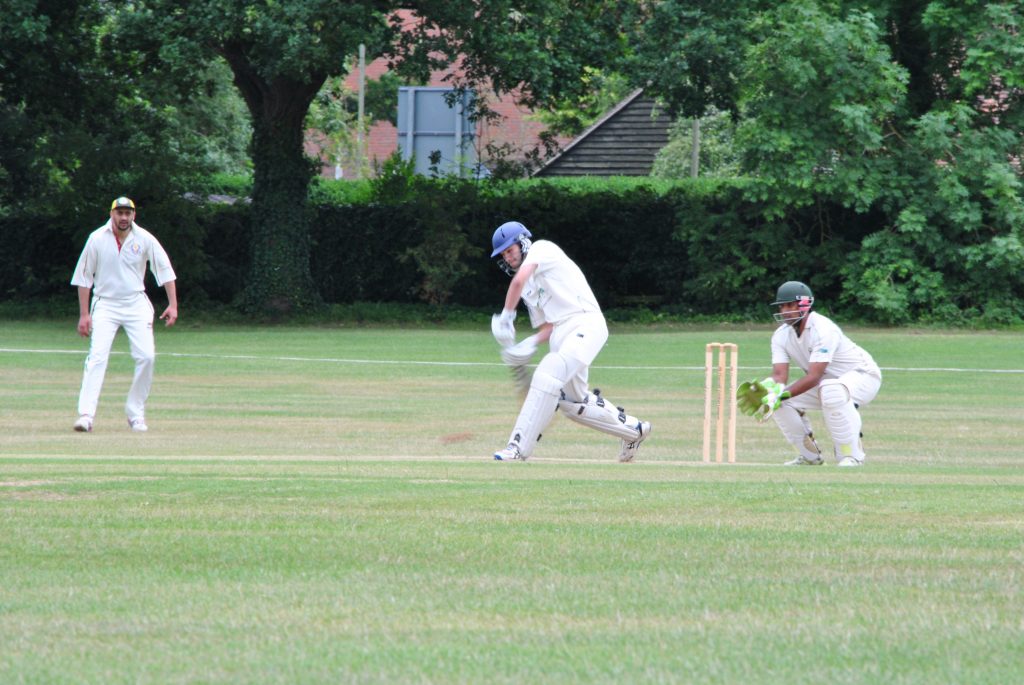 Thame 3s beat Twyford 3s by 68 runs on a windy overcast day, playing at home. Having lost the toss, Thame were asked to bat first. Twyford exploited the overcast conditions and tricky batting track with some steady bowling. Wickets fell at regular intervals at the top of the order and after 24 overs Thame were 83 for 5 as opener Vimal Desai dug in for a patient 22. Guy Holmes made a brisk 21 but it was the lower order that saved the day as wicket-keeper Paddy Harris (25) and Ian McStay (29, pictured below), ensured the home side made a very competitive 157.

In reply, Twyford were pegged back with an excellent opening bowling spell from Pete Tervet (2-22) and John Phippen (0-14 from 7 overs). The first wicket, a run out was the reward of some excellent fielding and bowling pressure. With the run-rate creeping up and no let up with the bowling changes, Thame took control of the match with James McStay (1-23), Vimal Desai (1-7) and a masterclass in accurate seam bowling from man of the match, Ian McStay (5-17) ensured that Thame took the maximum 25 points.

With the win, Thame remain in the hunt for a promotion spot and take on Cropedy 3s away next week. 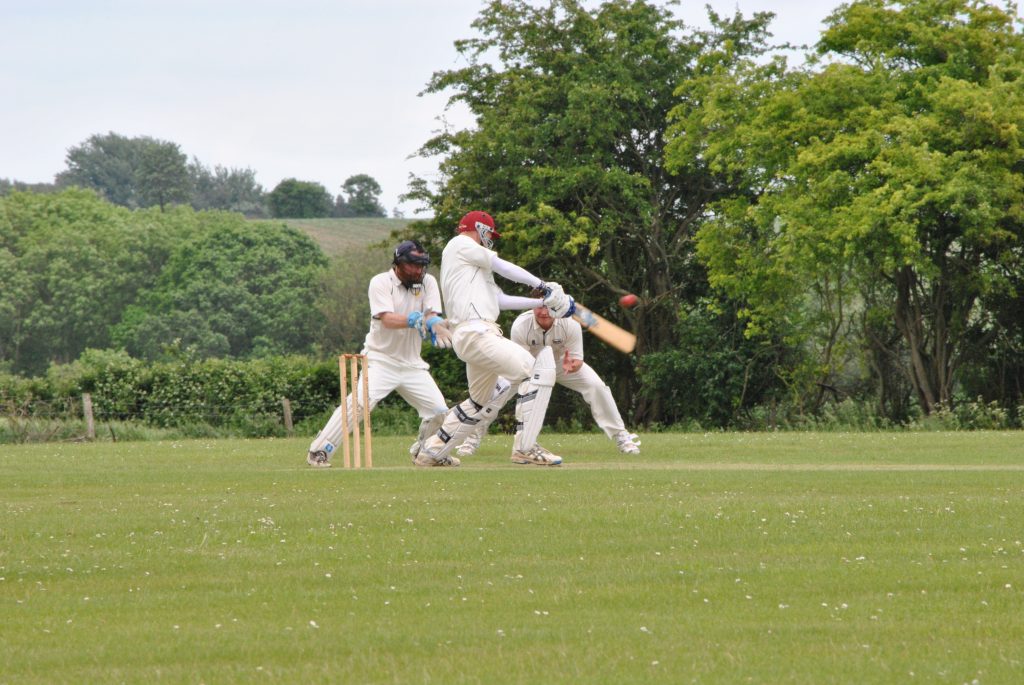 Dorchester-on-Thames visited Church Meadow on Sunday, and winning the toss chose to bat in this 40-over match. With some big hitting, the visitors posted an impressive 207-6, thanks largely to an opening 83 from Redhead.

Thame wasted no time in reply, as skipper Matt Furness hit a lightning fast 109 before retiring and allowing the youngsters to have a go. Ben Buckland finished the job with 56 not out, as Thame won by 7 wickets in 23 overs.