Off the back of an undefeated start to the season, the 1st XI hosted Horspath at Church Meadow. Losing an important toss, Thame were asked to bowl on a hot day with a flat pitch.

Horspath’s openers built a huge partnership from the off, reaching 204 before losing the first wicket – Andrew Russell (2-40) removing both Coleman (109) and Phillips (91) in quick succession. Runs continued to flow, as Jonathon Jelfs and a Hassam Mushtaq run-out picked up the only other scalps in Horspath’s 300-4.

Needing a quick start, the situation was made more difficult for Thame with the loss of several early wickets. Callum Russell (62, pictured below) fought back with help from James Adams (39), but the task was always tough. Thame were all out for 206.

Next up, the team travel to Oxford Downs. 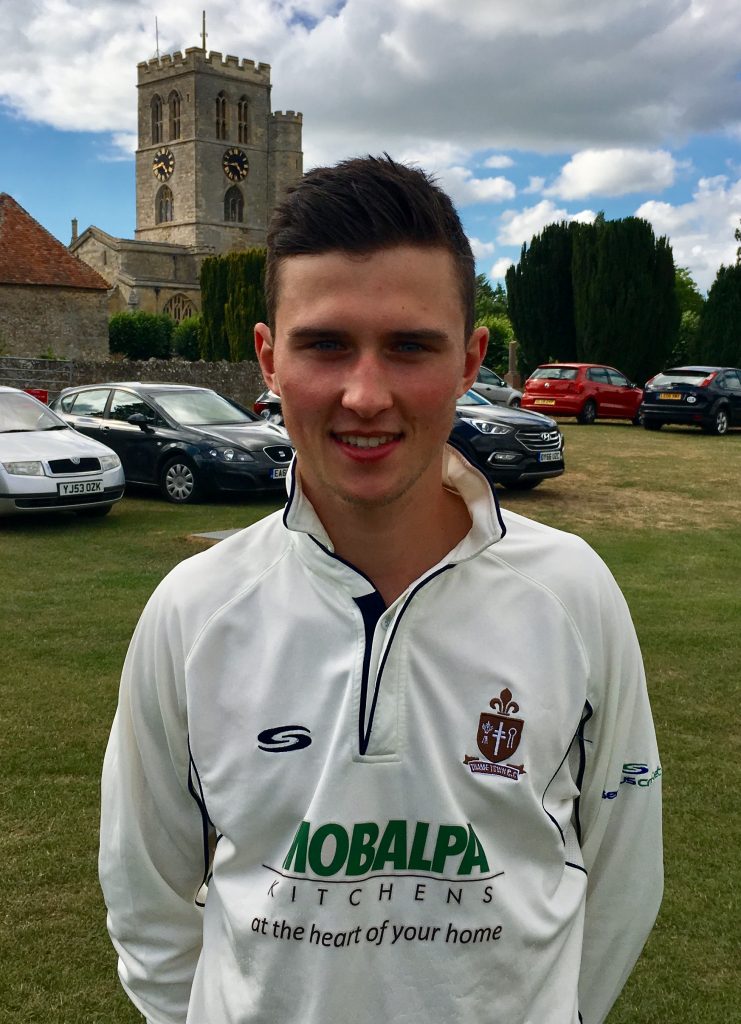 The 2nd XI travelled to East Oxford, to face a historically tough opponent. Thame won the toss and batted first.

Jack Aston (72) and Matt Furness (42) put Thame on top with their partnership for the second wicket, as everyone chipped in on a scorecard that saw all of the top 8 make starts and reach double figures – Captain Dave Saunders (26) and Greg Jenkins (25) the pick of the bunch coming in later in the order. Thame posted 253-8.

An early Will Rooney breakthrough got Thame off to a great start, before Mike Higgs’ 2-36 helped take out the top order. Up against it, East Oxford’s middle and lower order collapsed – Greg Jenkins again impressing with 4-10, and Kelvin Burrows with 2-12, to give Thame an 119 run win.

The 2s host Witney Mills next at Church Meadow.

Thame did not take advantage, and at 25-4 were struggling before the arrival of Toby Baker (pictured below). Ably supported by Paddy Harris (45), Baker’s first innings for Thame yielded a brilliant 105, in a partnership that gave Thame the impetus. James Olliver added a quick 36, as the score kicked on to an impressive 259-7.

In the field, Thame made early inroads thanks to Rob Tomlin’s 2-27. Wickets continued to fall at regular intervals, with every other bowler taking 1 wicket apiece, plus 2 run outs. The target was always a difficult ask, and Cropredy eventually finished all out 99 runs short.

The 3s host Kimble 2 next week. 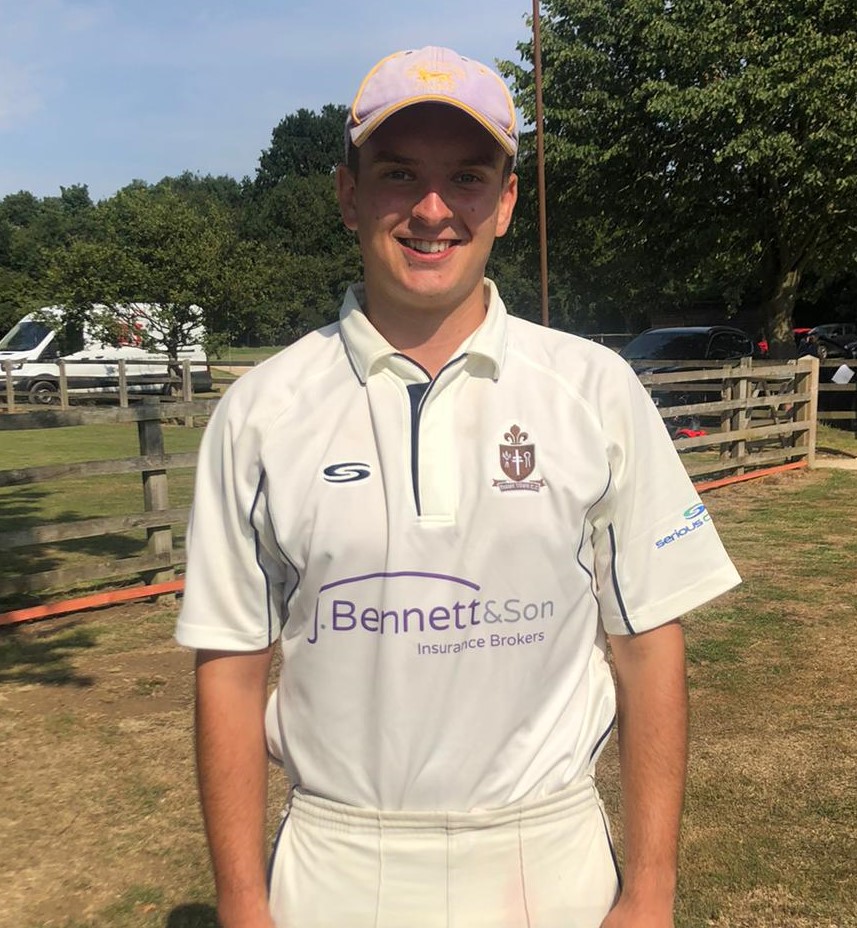 Thame 4th XI hosted Dinton 3rd XI on a scorcher of a day up at Lord Williams’ School.

Winning the toss, Thame bowled first and kept it impeccably tight early on. Chris Penny took 2-6 off of 8 overs, before Trevor Spindler who took the headlines claiming his 900th Cherwell League wicket with his brilliant 4-15. Dinton were 104 all out just before the end of the 40th over.

Thame’s batsmen made light work of the chase. After an early wicket, Taylor Vines (62*) and Charlie Anderson (32*) put on a winning partnership to reached the target in just the 22nd over and win by 9 wickets.

The 4s travel to face Abingdon Vale 4 on Saturday.

Thame Women opened their Home Counties League campaign at home to Cookham Dean, on a hot Sunday afternoon. The visitors elected to bat after winning the toss.

In response, Thame faced strong bowling and lost wickets at regular intervals, making it hard to maintain the chase. Michelle Wells started well, before an unfortunate injury and consequential run out involving a runner. Captain Sarah Sanderson came in and struck 36 at a fast rate, but the lower order fell away to 105 all out.

The team host Henley in the League next week.

The newly dubbed ‘Thame Saxons’ Sunday side, travelled to face Westcott in a friendly. The match saw brothers Martin and Jamie Wiles face each other, the former taking 2-35 opening the bowling for Thame. Zed Khan starred taking 4-27, and Pete Tervet 2-8, as Thame skittled Westcott for 117.

The reply started and continued badly with all batsmen bar the number 11, Pete Tervet (13*), out for single figure scores! Thame fell 32 runs short.

The Saxons side continues to gain momentum, with friendlies most weekends for the rest of the season.