The weather was again on side as another full weekend of action went ahead for our Men’s and Women’s teams. The 1st XI travelled to Buckingham, looking to pick up a first win of the season. Batting first, Thame were undone by Buckingham’s former West Indies International, Shane Shillingford, who took 6-21 – Callum Russell‘s 33 gave the stiffest resistance in Thame’s 116. The hosts chased this down for the loss of 2 wickets.

Thame 4s were hosted by local rivals Tetsworth 2. After losing both openers for ducks, Captain Tim Dabbs (36) top scored, but wickets fell regularly as Thame posted 87 all out. Defending a low score, Rob Kenny took 2-21 but Tetsworth chased with ease, winning by 7 wickets inside 25 overs.

Thame’s Women‘s side took to the field for 2 Super 8 style friendlies at home to Oxenford, giving several players across the 2 teams the chance to gain some hard-ball experience. Gill Kelleher took 2 wickets and Sally Brentnall smashed 32 in the first game, as Thame won by 15 runs. In the second game, Mags Lightbody top-scored with 17, Brentnall added 2 wickets to her successful day and Michelle Wells took a memorable 1 handed catch as Thame again won, by 37 runs.

The Saxons faced a return friendly away to Waddesdon on the Sunday. Matt Furness struck 102* before retiring, leading Thame to 171-4 off 35 overs. In a tight chase, Luke Stanbridge took 3 wickets, but Waddesdon reached the target by 2 wickets. 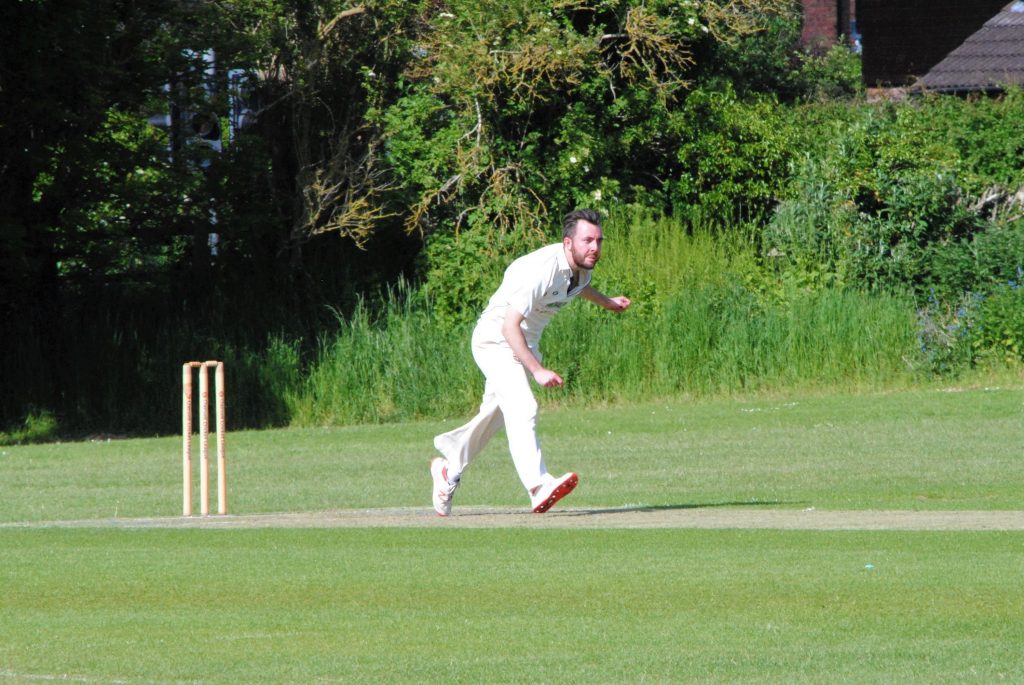