The half way point in the Men’s season arrived, with mixed fortunes for our 4 Men’s teams. The 1st XI travelled to High Wycombe and found themselves under pressure at 37-5. Hassam Mushtaq (39) then provided the strongest resistance, but Thame could only manage 126 in total. Mushtaq picked up 2 wickets, but Wycombe reached the target by 7 wickets. The 1s sit inside the drop zone after round 9, with plenty of cricket still to play.

Thame 2 hosted Minster Lovell in a top of the table clash in Division 3. Thame opted to bowl first and made early inroads – Ben Warwick taking 2-33. Dan Patey was star of the show as his 5-49 helped bowl the visitors out for 179. James Nielsen (33), followed by a strong Christian Warwick (53) and Matt Furness (30) partnership, saw Thame home by 5 wickets in the 46th over to go top of the table.

The 3rd XI hosted Steventon, and winning the toss batted first. Justin Avery‘s opening 64 and James McStay (70*) contributed the bulk of Thame’s 206-6 from the 45 overs. In response, Steventon started poorly at 4-2. Chris Penny (4-43) led the way, but the final wicket remained painfully elusive, meaning Thame walked away with a fruitful draw to move up to 2nd.

The 4s hit the road to Chalgrove in a mid-table clash. Batting first, Thame struggled – Zed Khan‘s 24 the highest scoring effort by a batsmen, with a generous 29 extras giving Thame 116. 2 early wickets gave Thame impetus, which turned into control as Trevor Spindler, Shay Reading and Khan took 2 each, before Pete Tervet‘s 3-14 cleaned up the tail to give Thame victory by 30 runs.

Thame Women hosted Oxford 2 in the opening match of the Home Counties Women’s Cricket League season. After being asked to bat, Captain Sarah Sanderson (27) opened and, alongside a quickfire 30 from Mags Lightbody in the middle order, helped Thame post 140-9 from the 30 overs. Oxford were going well in reply at 57-3, but Emily Neighbour (3-29) and Zara Wyatt (2-13) stepped up to give Thame an impressive victory by 46 runs.

The Saxons took on an Oxford Hospitals XI at Horspath on Sunday. Thame posted 124 – young Alex Tervet (38) again impressing. Nick Fuller and Tom De Haan took 2 wickets each, but could not prevent Oxford Hospitals sneaking home by 1 wicket in the 39th over. 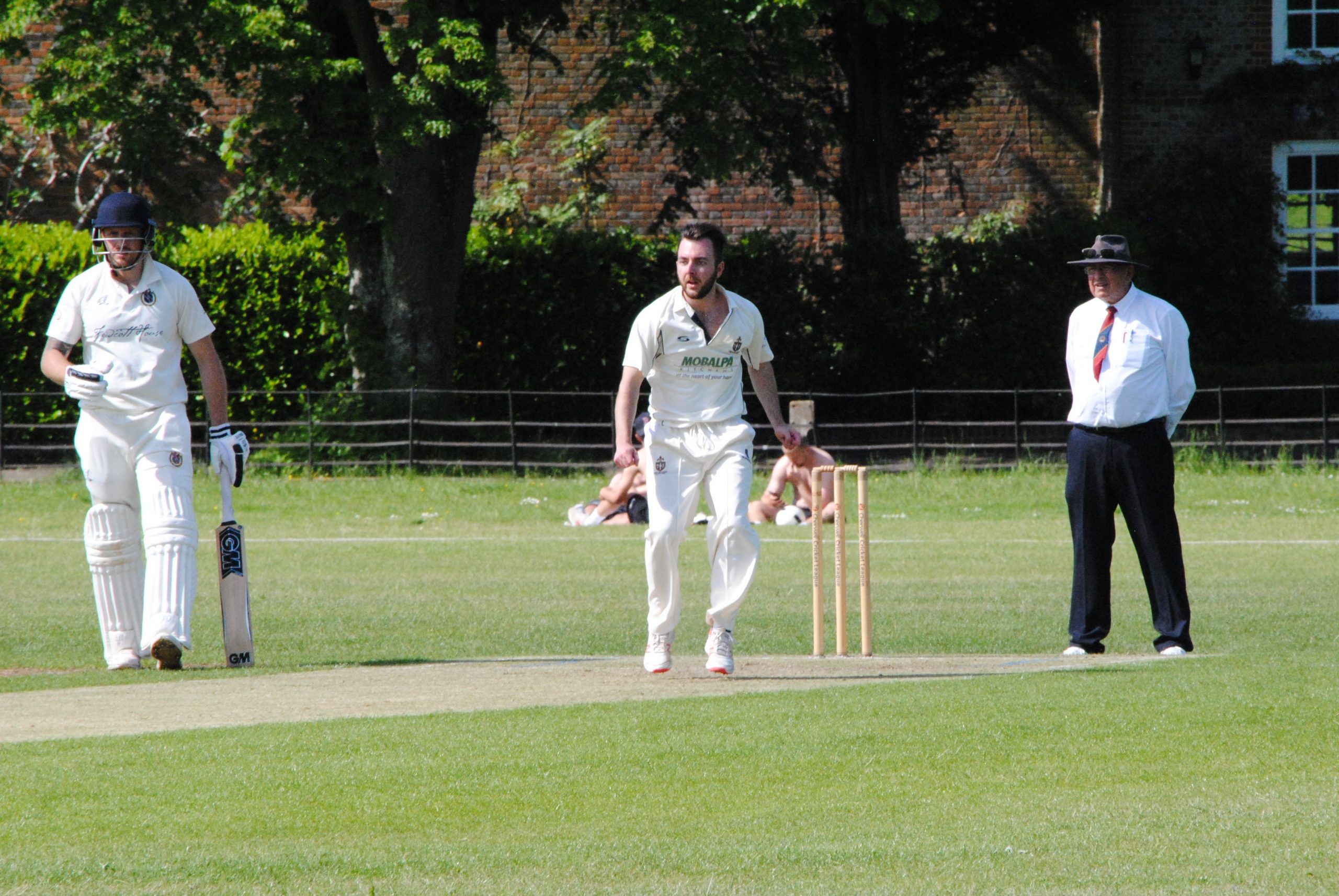