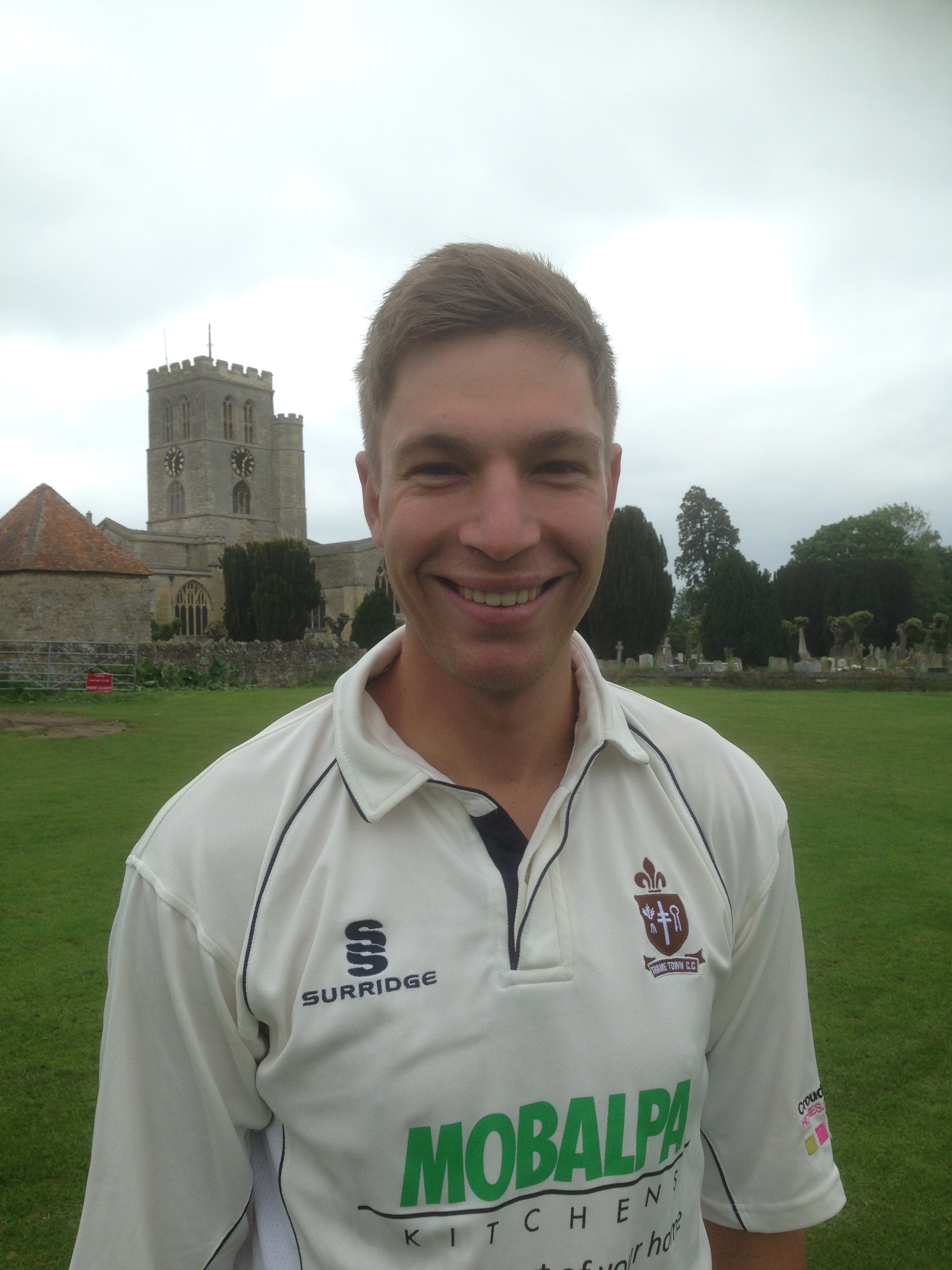 1st XI lose out to Rowant

Thame lost at home to local rivals Aston Rowant last Saturday. After winning the toss, Thame elected to bat on a good pitch and battled well to reach lunch at 90 for 5, in the face of consistent bowling. After lunch, Thame never really kicked on as they would have liked and lost wickets regularly. Only Matt Macdonald (57 not out, pictured left) and Hassam Mushtaq (30) made significant contributions, enabling Thame to reach 162 all out in the 58th over, which was to prove well below par.

In reply, Sam Lachlan got Thame a couple of early wickets but Josh Smith, the Aston Rowant captain, scored an unbeaten half-century to steer the visitors past the target for the loss of 3 wickets. With four games to go, starting at Buckingham this Saturday 13th, Thame need to win two to give themselves a good chance of survival. 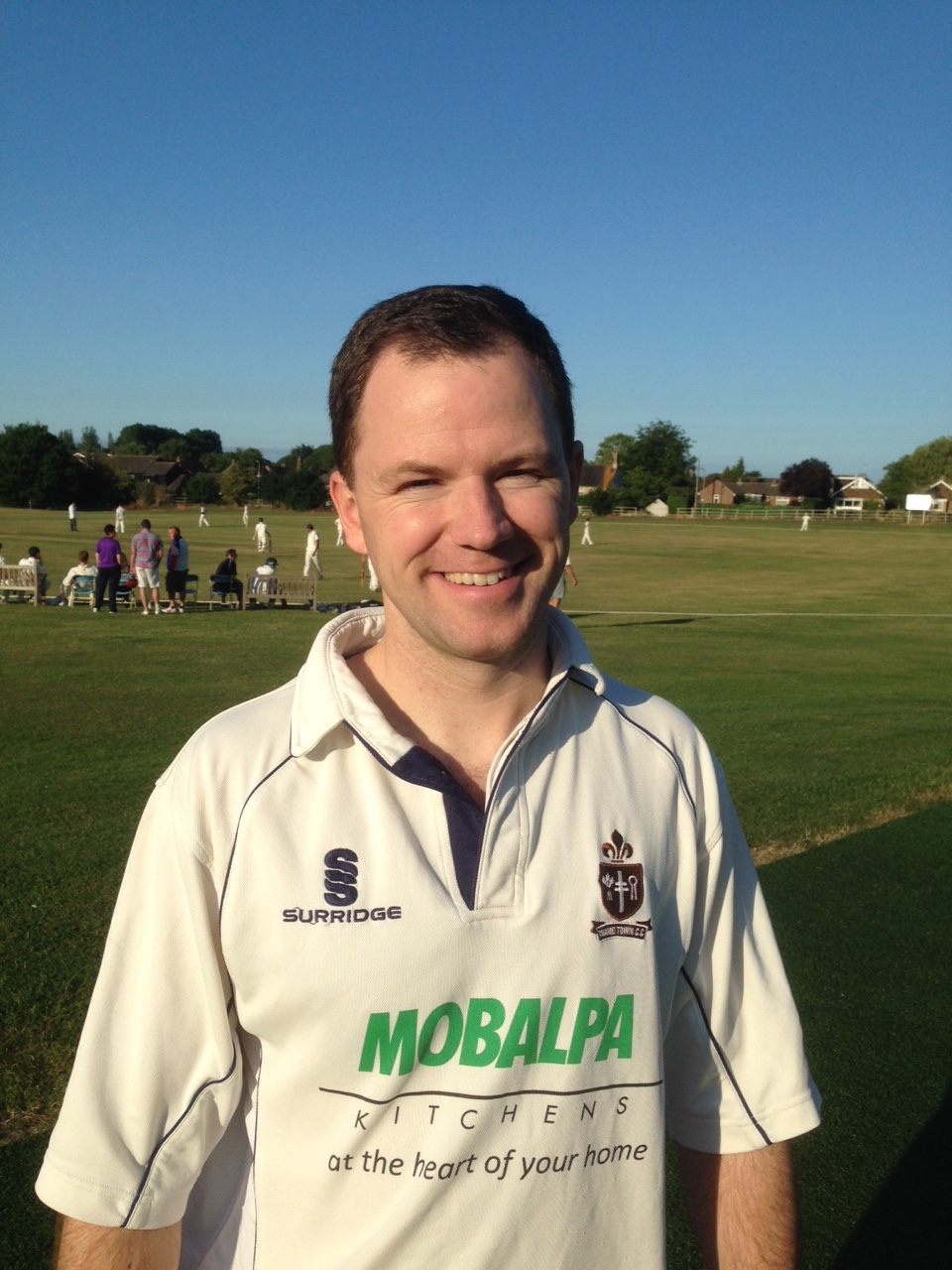 Another big win for the 2nd XI

Thame 2nds travelled to Leighton Buzzard knowing that they had to avenge their only defeat so far this season back in June. After Thame had won the toss and asked the home side to bat on a grassy pitch, the gameplan was working well as Leighton Buzzard lost both openers for just 2 runs. The prospect of a quick Thame win then started to recede as Raine and Krynauw built a 99-run partnership. One of the beauties of cricket however is that matches can change so quickly and their two wickets in one over from Ali Thomas (15-3-35-4) swung the game back to Thame. With support from Chris Penny (17-3-57-3), plus 3 catches by James Nielsen, the home side were restricted to 177 for 9 from 53 overs, which looked like a par score on such a variable pitch.

In reply, Thame had to endure lively spells from the opening bowlers but, having moved slowly to 25 from 10 overs, they started to score freely. With James Nielsen (92 not out, pictured right) batting imperiously, supported by Andy Jinman (38), they put on 142 for the 1st wicket. Matt Furness (22 not out) then came in to finish the job, as Thame reached 181 for 1 from 38.4 overs. This Sunday they entertain Chearsley 1sts at Church Meadow, knowing they must continue to record wins to maintain their 22 point lead at the top of Division 5.

3rd XI draw again when they should have won

Thame 3rds travelled to bottom side Dinton 3rds looking to keep up with Buckingham at the top of the league. Thame won the toss and chose to bat at a picturesque ground with a short boundary. Ian Chappell (pictured left) led from the front again with 45, ably backed up by Guy Holmes (43) and Christian Warwick (38). Thame were going nicely, with a small flurry of wickets at the end not stopping them from reaching a strong 212-5 from their 45 overs.

Dinton never looked like getting Thame’s score and started resolutely, before Pete Tervet got the opening wicket. Thame continued to be frustrated by doggid batting, dropped chances and a harsh decision, until Matt Anderson’s fine spell of 3-19 and Danny Thompson’s 2-6 gave Thame hope of a win. Guy Holmes 2-4 put Dinton on the brink, but their youngsters survived admirably for a draw. Thame took 20 points from the match, but were disappointed not to win.

Man of the match was Guy Holmes for his 43 and 2 wickets.

Thank you Andy Warwick for scoring.