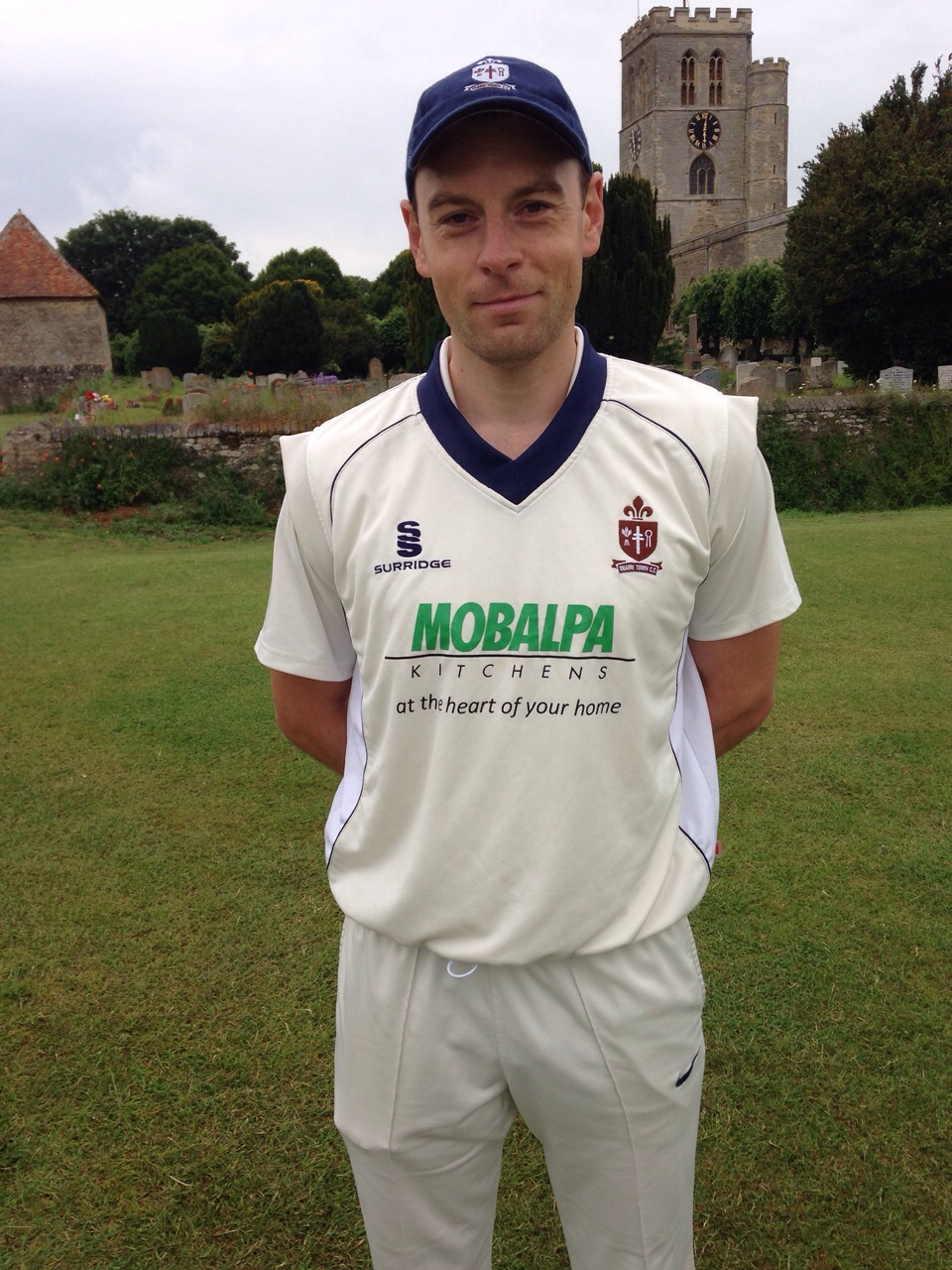 Thame got back to winning ways last Saturday, with a 94 run victory away at Cookham Dean. Thame won the toss and elected to bat on what looked like a decent track. Thame’s top order struggled as they were reduced to a familar 88 for 7 at lunch. Veteran Sam Lachlan (pictured left) however then scored 62, supported well by youngster Adam Phippen with 39 to get Thame to a well-above-par 194 all out in the 58th over.

In reply Lachlan and Rooney both took early wickets, as Thame reduced Cookham to 66 for 5 at tea. Hassam Mushtaq then took 5 wickets, as Thame bowled Cookham Dean out for 110. Thame entertain local rivals Aston Rowant this Saturday 6th in another crucial game. 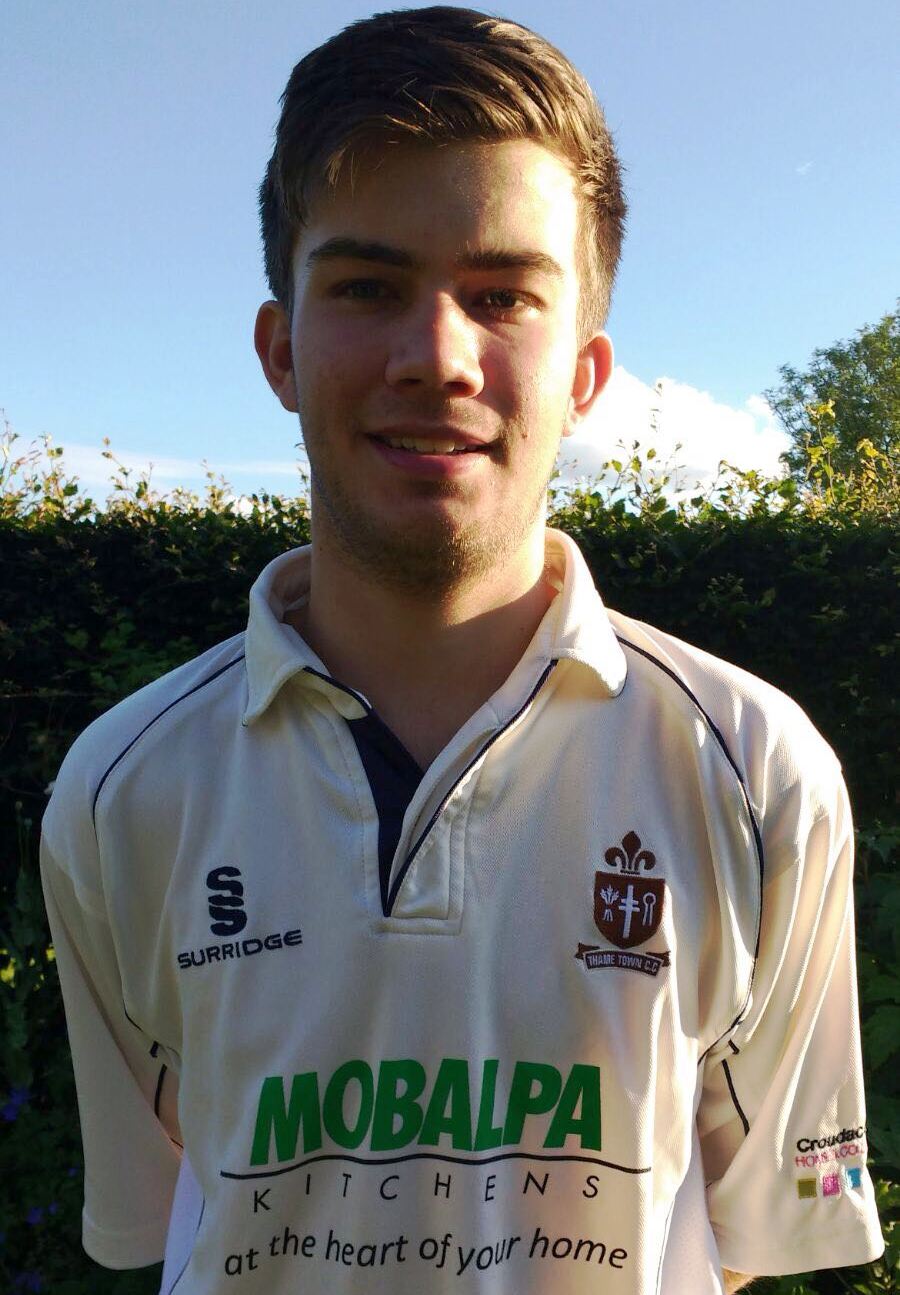 The 2nd XI entertained Kingston Bagpuize 1sts knowing that only a win would be enough to keep them on top of Division 5 of the Cherwell League. After the visitors won the toss and chose to bat, Thame’s bowlers imposed their usual squeeze, led by Ian McStay (9-3-14-0) and captain Chris Jeffcock (8.4-1-22-2). They limited the visitors to 119 for 6 after 42 overs, with Ali Thomas taking key wickets (17-2-47-4). Thanks to 54 from G. Woodley and some big hits at the end, Kingston Bagpuize managed to reach a respectable but below-par 180 all out in the 52nd over.

In reply, after the openers had gone cheaply, James Adams (67 not out, pictured right) timed his innings perfectly, guiding Thame to 182 for 7 off 47 overs, with one over to spare. He was ably supported by Ed Barnett (28) and Ali Thomas (24 not out). Thame’s reward for the win was 25 points and a lead of 22 over Leighton Buzzard, as they go into a crucial game this Saturday, away to that same opposition. 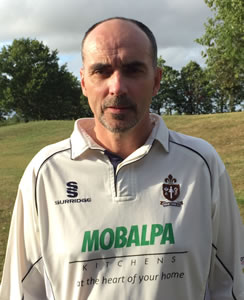 The 3rds travelled to Buckingham needing a win to close the gap on the leaders, in their push for promotion. Thame won the toss and chose to bowl first and were soon stuck into the home-side’s batting at 36-4. An 80 partnership then took the game to Thame, before another flurry of wickets ended the innings with Buckingham 160-9. John Phippen (pictured left) was the pick of the bowlers with 5-37, taking the first 3 wickets early on. Nick Fuller impressed with 3-47 and Ed Mather took 1-39, but Thame felt they’d let the opposition off the hook.

Thame didn’t start well at 7-1, but Dave Saunders (45) and Ian Chappell (34) set Thame up for what looked like a good chase. The loss of Saunders saw a chain reaction of falling wickets, losing 7 for only 26 runs. Thame had 1 wicket left with 27 runs still needed, and with the league situation hanging over them, Captain Phippen went for the win with 12 not out. But it was too big an ask, and with things heating up between the two sides, Thame ended on 148-9.

Man of the match was John Phippen for his 5 wickets and match-saving innings. Thank you to Andy Warwick for scoring.