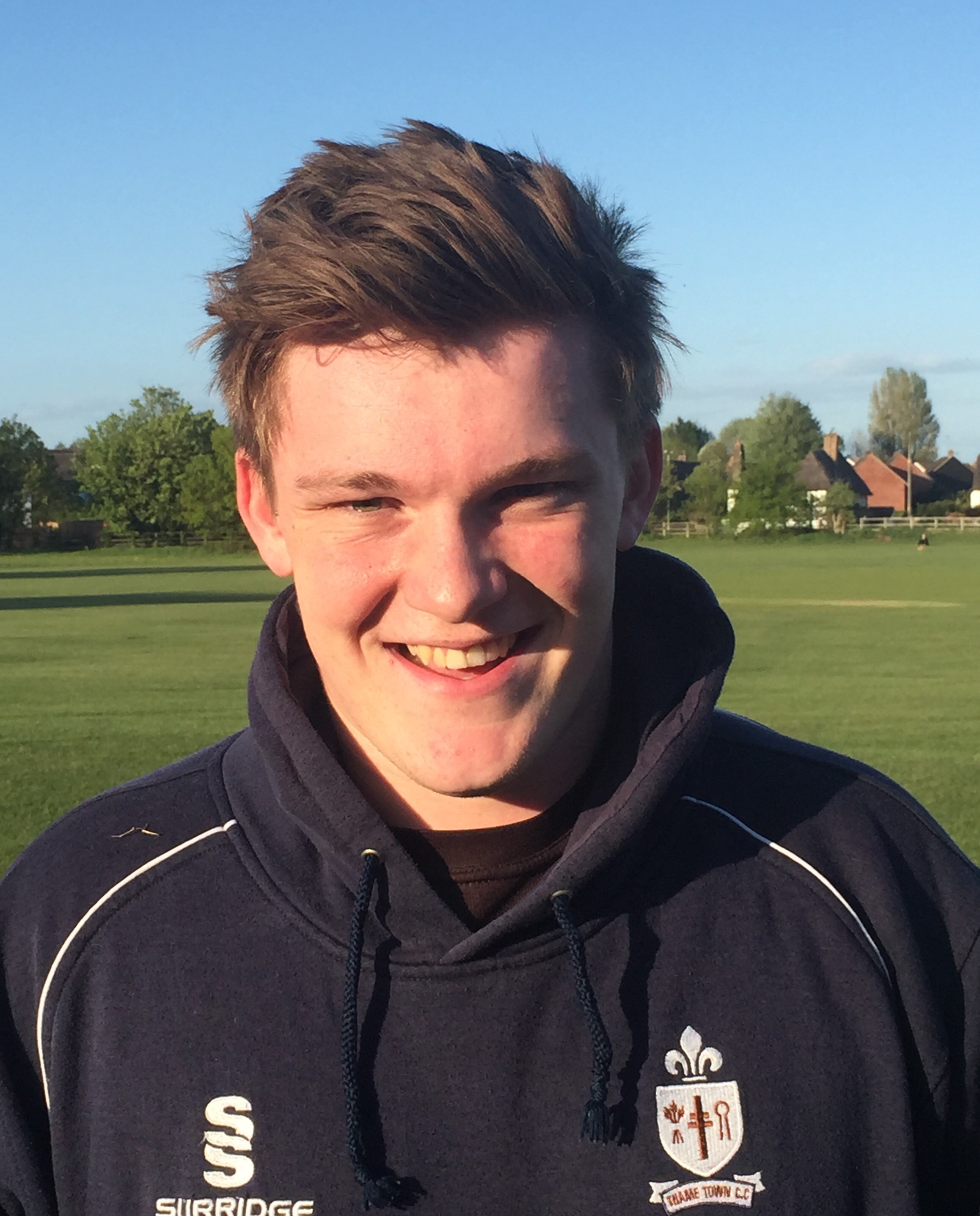 Thame 1sts ensured their continued presence in the Home Counties league for next season after thrashing 4th-placed Datchet by 6 wickets. With 1 game remaining, Thame are 28 points clear of the drop and safe from the threat of relegation. Datchet won the toss and elected to bat and Joe Thomas (78) shone for Datchet as they crawled to a below-par 188 for 9. Hassam Mushtaq picked up 3 wickets,  Mike Higgs 2 and great bowling at the death from Will Rooney gave him a 4 wicket haul.

In reply, Thame started positively but lost 3 wickets for 38 runs.  Will Sutcliffe (87, pictured right) and vice-captain Mike Beard (79 not out) then took complete control however, as Thame cruised home for the loss of 4 wickets, in 38 overs. Thame entertain 2nd-placed Oxford at Church Meadow on Saturday 3rd hoping to end the season in winning style. Asked for his view after the game, skipper Higgs said:- “The past couple of years have seen huge rebuilding at the club. On the field we have done a lot of work to develop the local players and to build a culture that will maintain these high standards. We are very proud of our achievements and, with 13 out of 16 squad players being home-grown talent, we can be very proud of the quality of our player-pathway. Although last season’s unbeaten Cherwell league title was very special, I feel that staying in the Home Counties league has topped that. We have built great foundations for future success”. 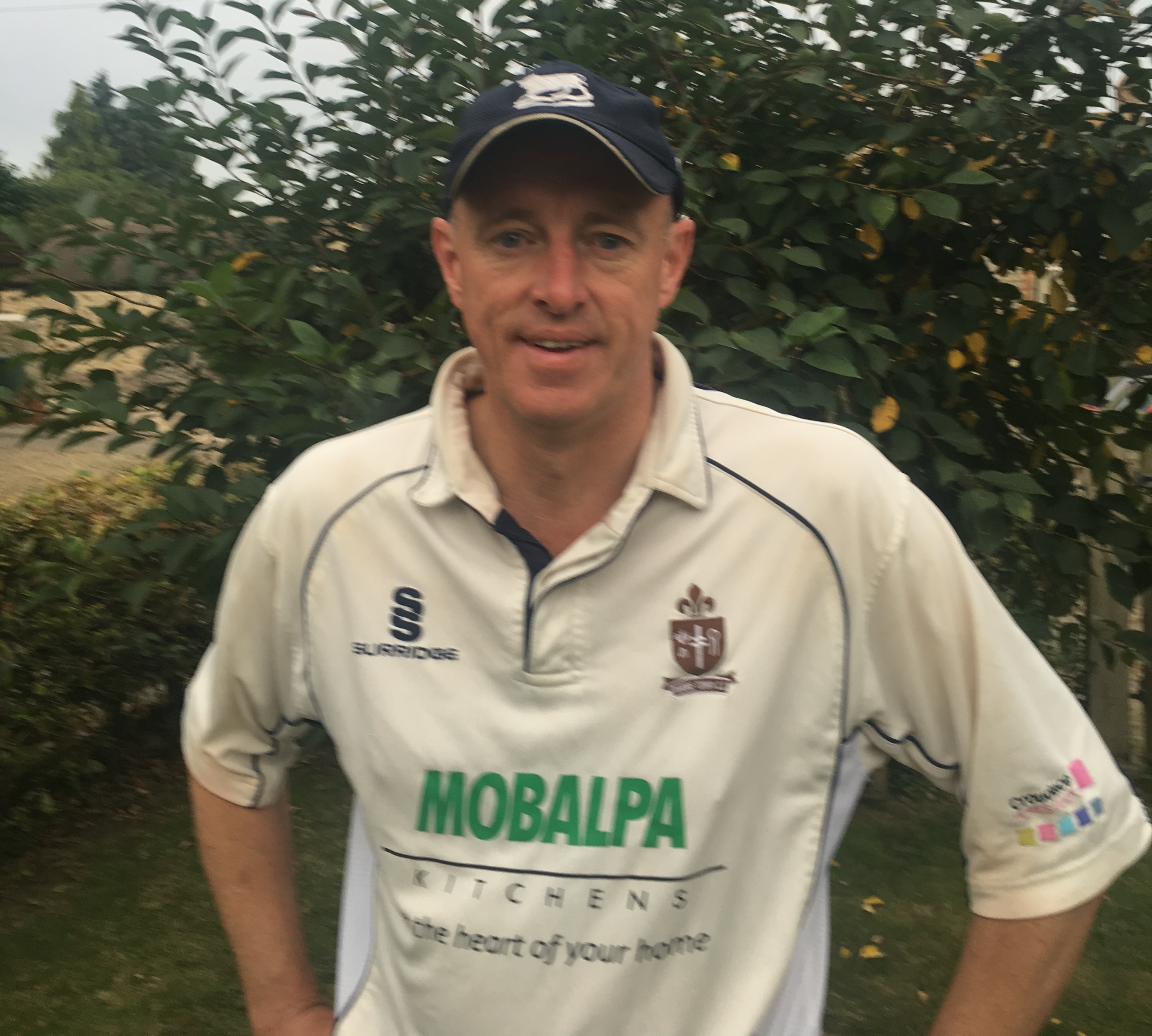 Thame 2nds welcomed Horspath 3rds to Church Meadow for a tricky top-of-the-table clash last Saturday, with a 13-point cushion over the visitors. Having been put in to bat, Horspath made 76 before losing their first wicket but the introduction of Ali Thomas (17-3-67-5, pictured left), well supported by George Patey, seemed to have turned the tide, until Graham Beer smashed 66 to get Horspath to a good total of 211, from 52 overs, on a damp outfield.

In reply, Thame failed to get the innings off to their usual fast start and only a brave 51 not out from Guy Holmes, with support from Dan Patey (24) earned them the draw, finishing on 160 for 7 from their 44 overs. Thame will travel to Cumnor 2nds this Saturday in search of a win to top Division 5, on this last Saturday of the league season. 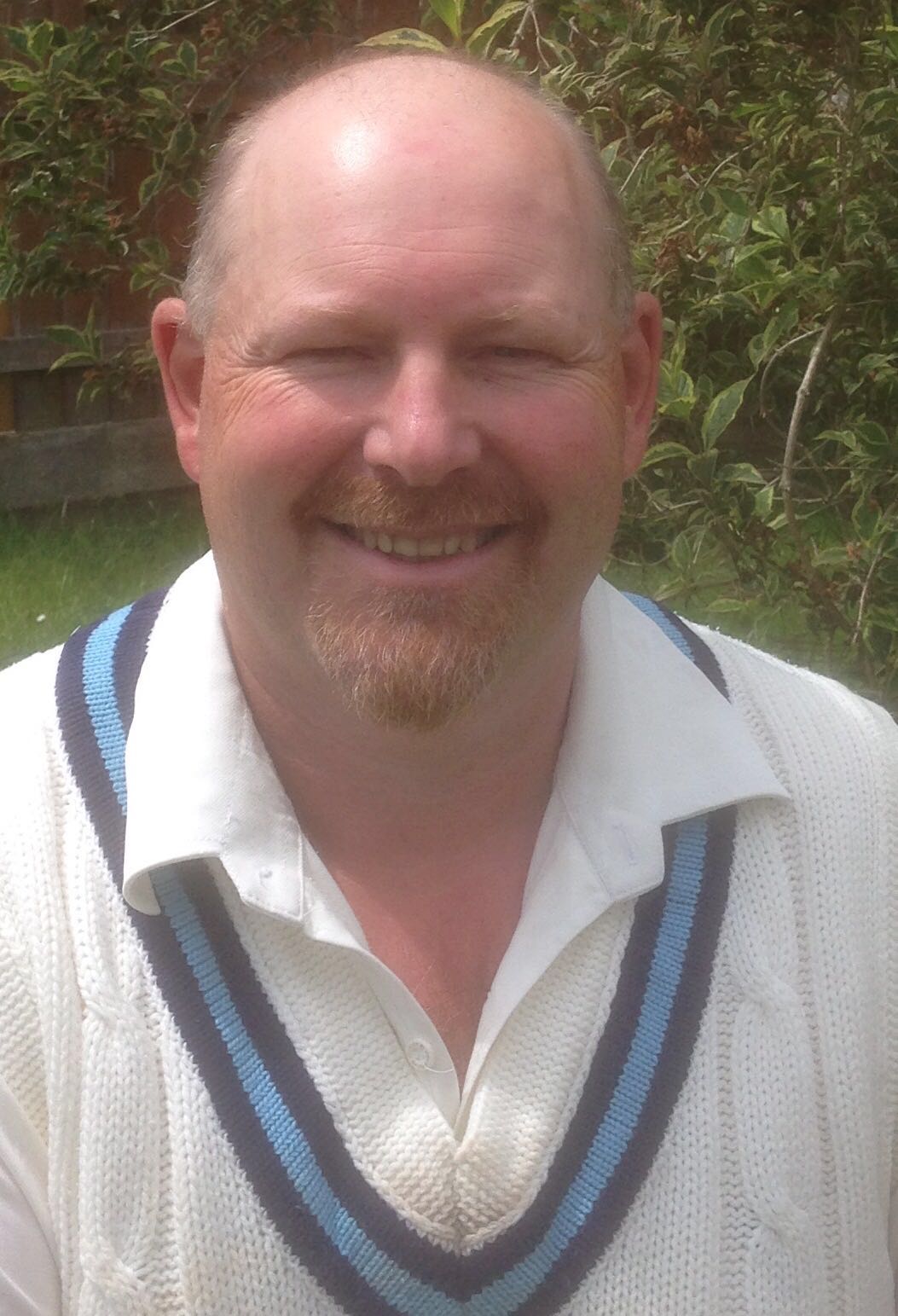 Strong win for 3rd XI who continue their strong season

Thame 3rds convincingly beat Cropredy 3’s by 7 wickets. Thame won the toss and wasted no time in bowling Cropredy out for 109 inside 32 overs. Pete Tervet’s miserly bowling (0-15 off 9) built pressure and wickets fell at regular intervals.  The key wicket takers were Matt Anderson (3-12), Will Bruce-Morgan (2-15) and Ed Mather (2-34).

In reply, Thame had one eye on the weather and so quickly chased down the total, securing victory inside 22 overs for the loss of only 3 wickets. The batting honours were shared by Ian Chappell (40 not out, pictured right), Lewis Ludlam (23) and Sam Nicholls (21), the win ensuring Thame finish 2nd in their division. Their final league game of the season is away to Bicester & North Oxford 3rds.