1st XI ease past bottom of the table Reading 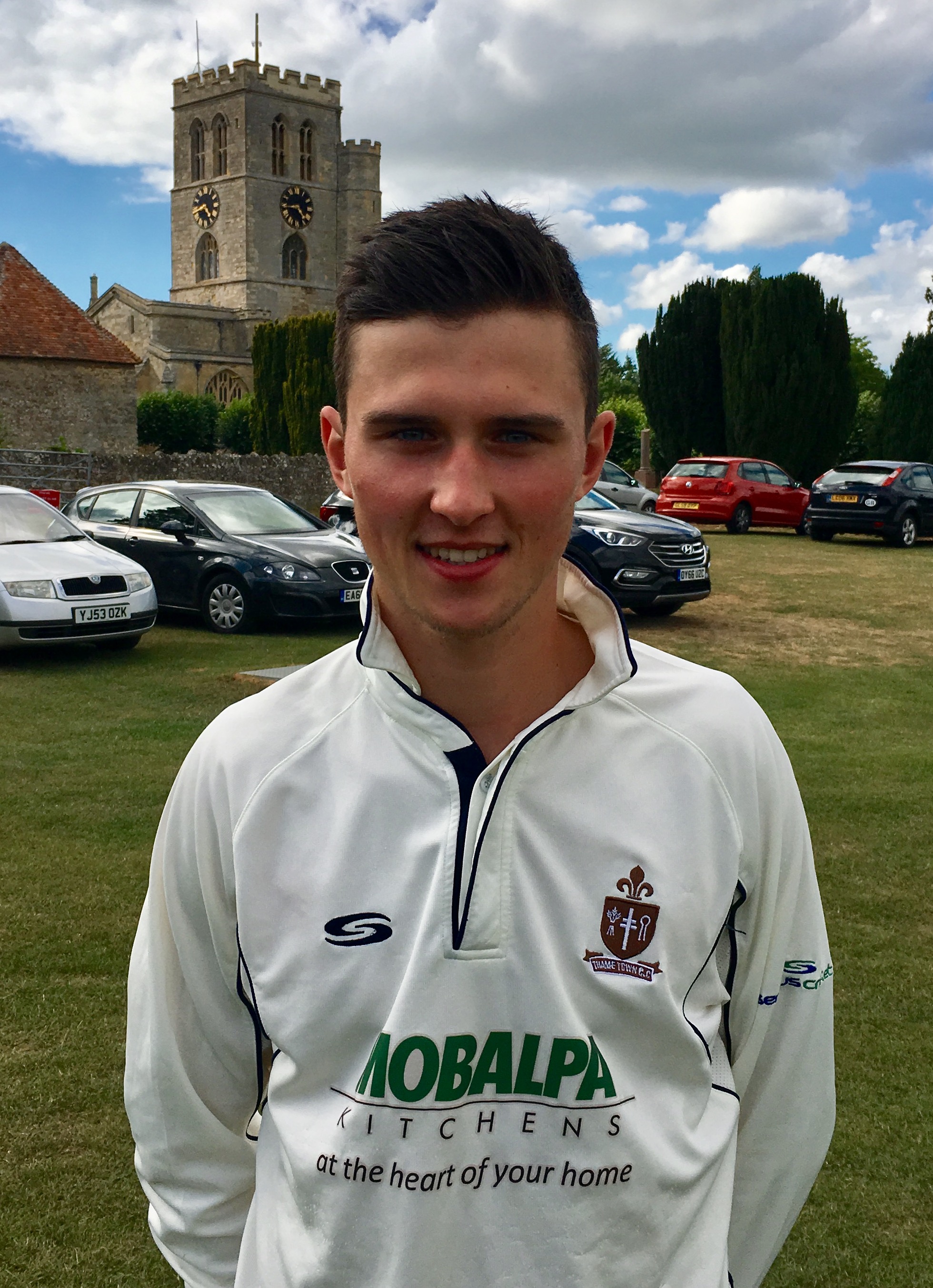 The 1st XI hosted Reading CC at the Meadow last weekend, and ensured they didn’t come unstuck against a side relegated from Division 1 last season and who are already in a relegation battle at the bottom of Division 2. Thame stand in Skipper for the day, Will Rooney, won the toss and did not hesitate to bowl first. The Thame seamers bowled tightly up top, but it was the spinners who did the damage to dismantle Reading for 116. Hassam Mushtaq (3-16), Mike Higgs (3-38) and Andy Russell (2-12) were amongst the wickets, as well as a run out, ensuring only one Reading player scored above 20.

Reading were bowled out in 48 overs, meaning Thame had 60 overs to reach their target. Callum Russell (pictured right) lead Thame’s reply with a run-a-ball 56, including 9 4s and a six, with Richie Straughan making 23. Thame lost 3 quick wickets near the end, but ultimately were too strong and made it over the line in the 24th over with 5 wickets to spare. Another early finish before tea for the 1st XI.

Thame currently sit 3rd in Division 2 of the Home Counties, and face bitter rivals and top of the league, Aston Rowant away next weekend. 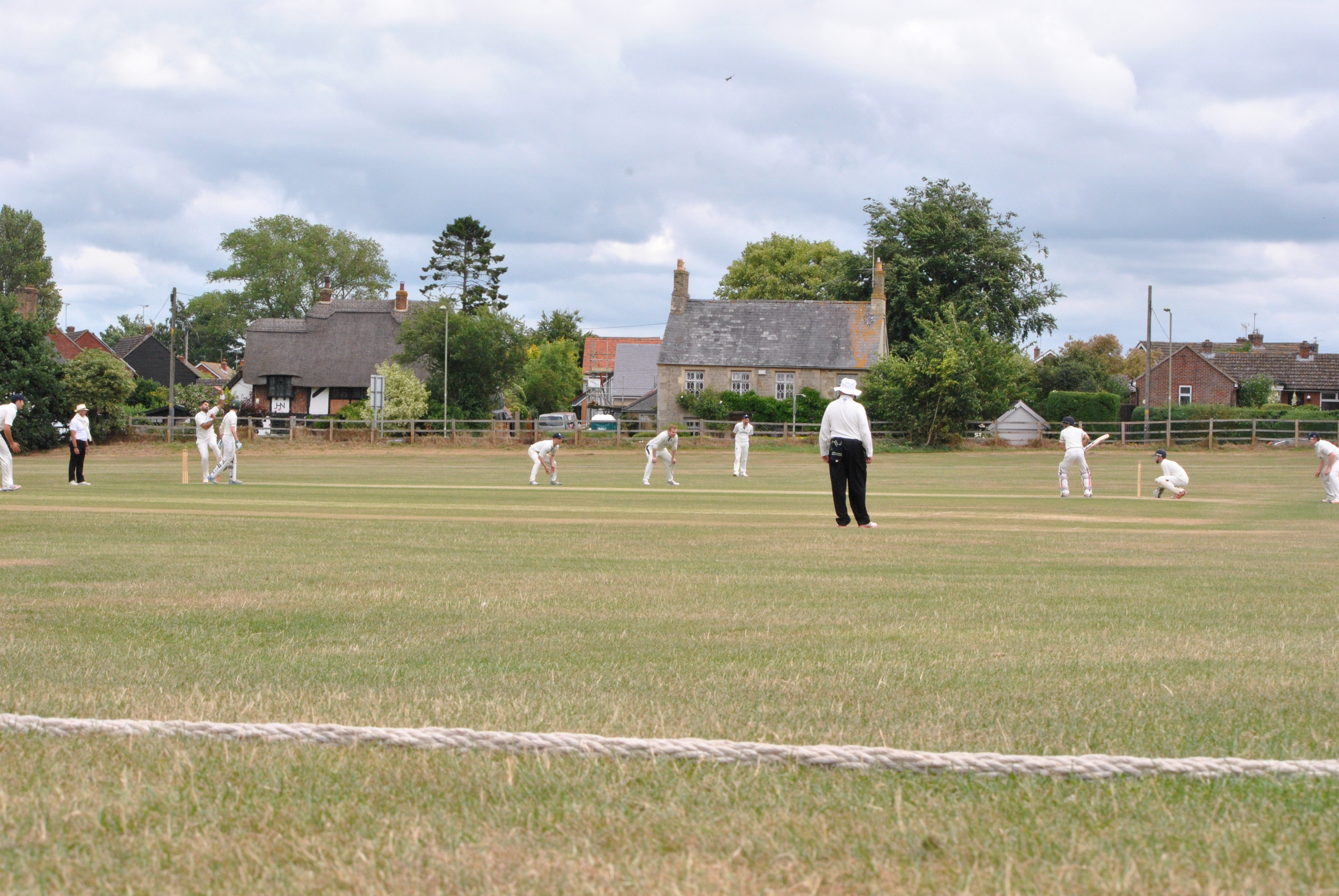 2nd XI fight all the way in close defeat 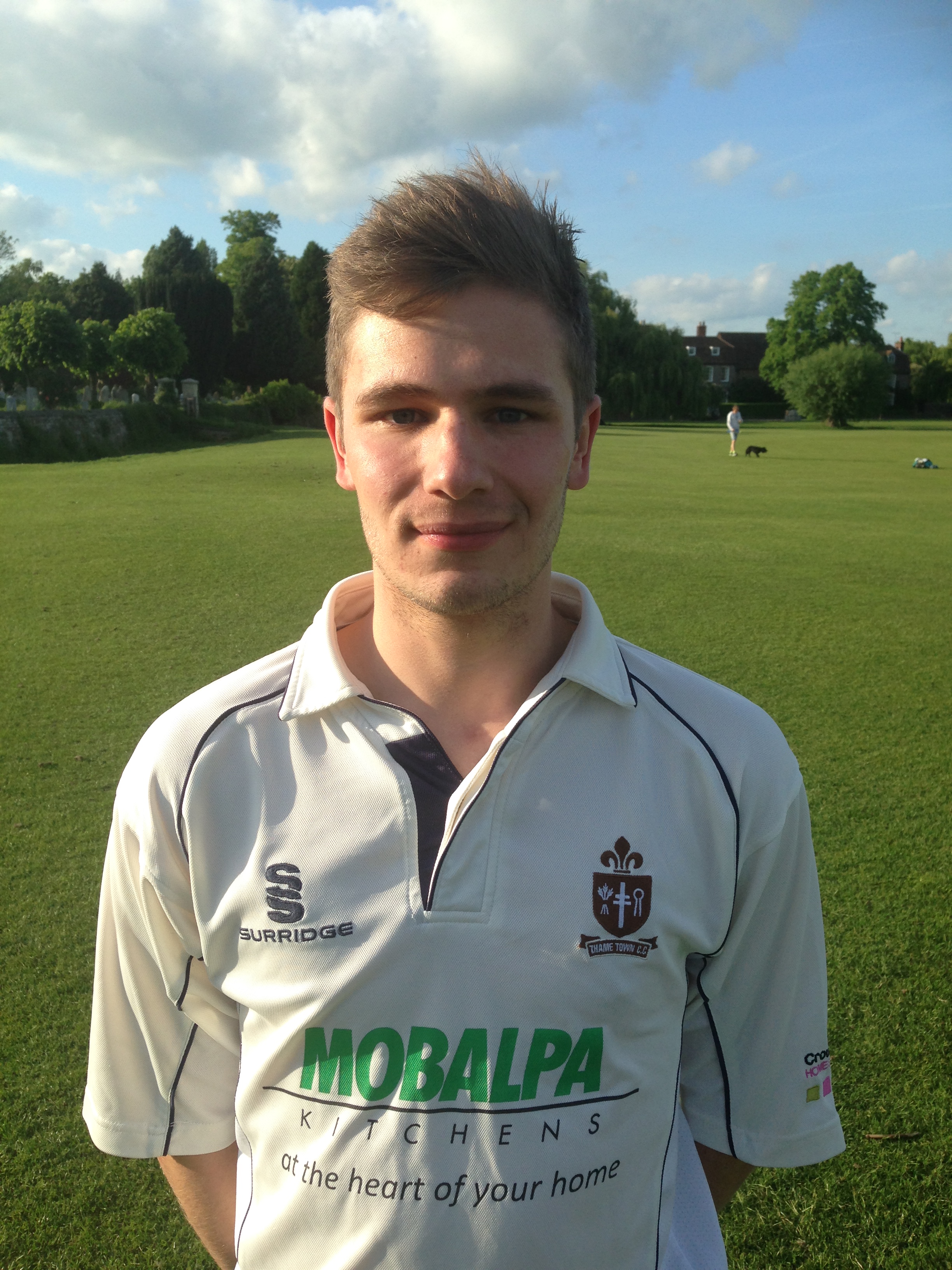 Thame 2nd XI travelled to play Brackey’s 1st XI. Winning the toss and electing to bat, Thame got off to a decent start with runs coming from Harry Thomas (15), George Patey (24) and James Nielson (27). Despite quickly losing wickets, captain Matt Furness (52, pictured right) anchored the innings, with quick runs coming from Richard Carr (37*) in the final few overs to propel Thame to a decent total of 192.

Early on in the second innings, Thame looked on top as early wickets were taken by Peter Tervet, Ben Buckland and George Patey. However, a partnership of 99 between Michael Lowe (47) and Joshua Markham (55) turned the momentum of the game in Brackley’s favour. Although late wickets from Alaistair Thomas and Chris Penny almost salvaged a draw for the Meadowmen, Brackley reached Thame’s total with three wickets remaining in the final over to win the match.

The 3rd XI were due to take on Banbury 5th XI away this past weekend, but unfortunately the hosts had to cancel. Next week, the 3s entertain Oxford Down 3s in a top of the table clash.

U13s do the double

Thame Town U13 completed an Oxfordshire League double over local rivals, MP Sports, with a comprehensive win on Thursday night. MP batted first, and tight bowling restricted them to 101-8 in their 20 overs. Thame’s fielding was excellent & resulted in three run outs. Batting second Thame had no problems knocking the runs off and achieved the target of 102 for the loss of only 3 wickets with 4.5 overs to go. Star man with the bat was Jack Pember who finished 30 not out.