It was a return to rainy days this week, but amazingly all 5 scheduled matches went ahead in very un-summery conditions. Thame 1st XI travelled to bottom of the table Tring Park, and in favourable conditions bowled first. Scintillating performances by Will Rooney (5-15) and Kelvin Burrows (5-29) had Tring all out in the 36th over for just 61. Thame then chased for the loss of 4 wickets, with Skipper Mike Beard (22) leading the way to a much-needed first league victory of the season.

The 2s hosted Leighton Buzzard at a soggy Church Meadow – Thame opted to bowl first. The visitors ticked along slowly to 107-3, before Bishal Bidduth (5-63) and Greg Jenkins (3-30) skittled them out for 158. In reply, Harry Thomas (32) helped Thame recover from an early setback, then Jenkins (39*) and a quickfire 24* from Captain Oli Sutcliffe brought Thame home by 3 wickets.

Thame 3rd XI hosted Aston Rowant 4 at a damp Great Haseley. Bowling first, Nick Humphries took 5-27 and Rob Tomlin (2-1 from 1 over) polished off the tail as Rowant were all out for 55 from 30 overs, in tricky conditions. Guy Holmes‘ 27* then led the 3s to victory by 7 wickets in just 12 overs.

The 4th XI faced Dinton 3, away. Thame were asked to bat first; Charlie Anderson‘s 53* helped Thame to 152-4 from the 45 overs. In the 2nd innings, Trevor Spindler again added to his impressive wicket collection, taking 4-55, but Dinton reached the target for the loss of 5 wickets, in the 39th over.

On Sunday, Thame Saxons hosted Stonor at Lord Williams’ School. Youngster Alex Tervet impressed with 90*, and Captain Tim Dabbs struck 54, as the Saxons posted 219-5 from 35 overs. Stonor were always in the game, but Thame restricted the scoring well with ‘Pistol’ Pete Higson taking 2 wickets. The visitors eventually fell 20 runs short, for the loss of just 3 wickets.

Thame’s T20 campaign continued on Tuesday at home to Aston Rowant. Luke Hayes starred with the ball, taking 3-17, while Robin Thompson and Chris Jeffcock took 2 each to restrict Rowant to 101 all out just inside the 20 overs. With a below par score in sight, Thame’s chase never got going and fell to 57 all out. 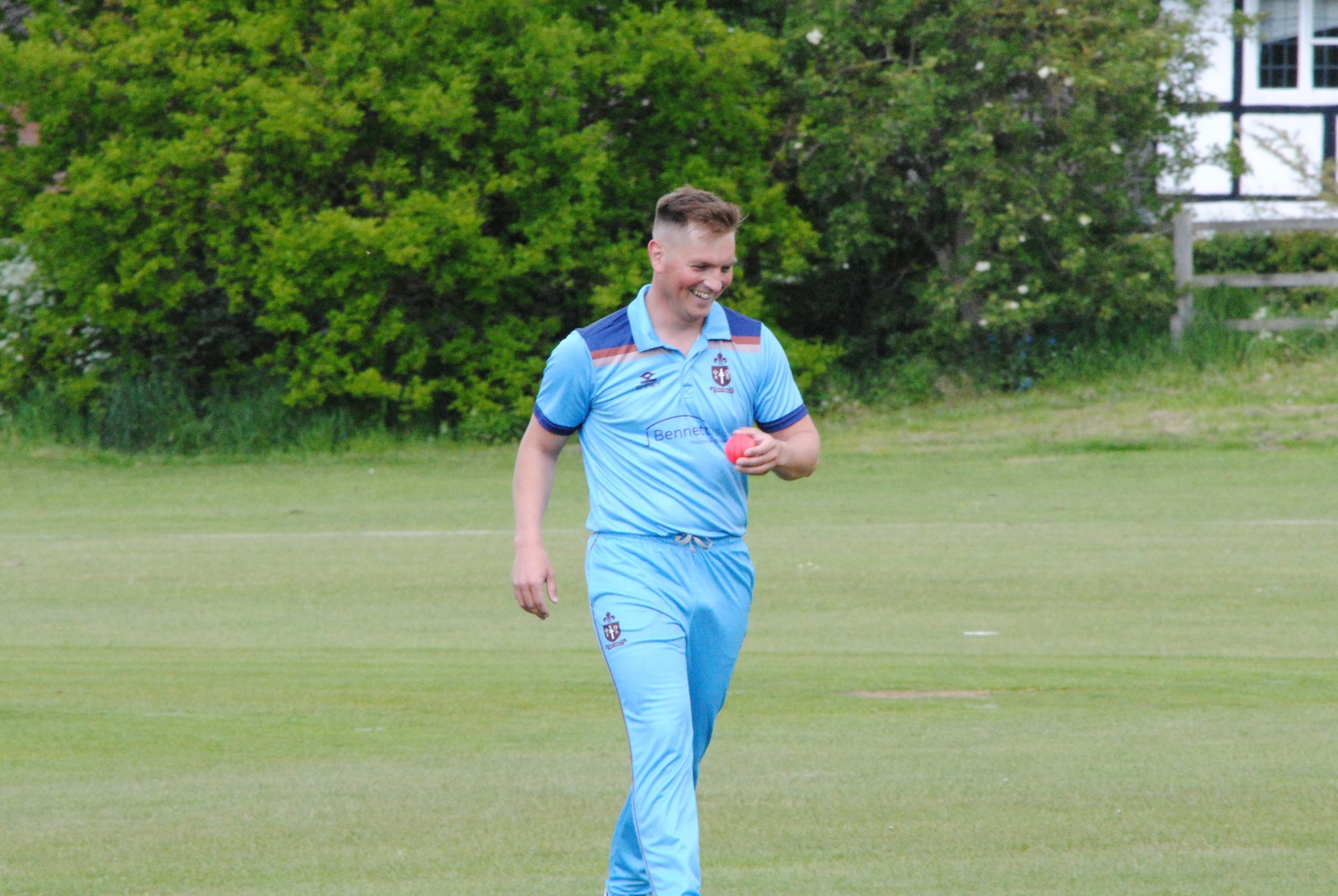