1s defeated at home to Horspath

Thame 1st XI hosted local rivals Horspath at the weekend. After losing the toss, Thame once more lost early wickets and relied upon skipper Michael Beard and overseas Gamindu Kanishka to rebuild. Both made 30s, but Thame were indebted to a maiden Premier Division 50 from James Adams (pictured below) as they reached 195-9 off their 50 overs.

Thame’s response with the ball started well, and on another day may we’ll have made deep inroads into the Horspath line up. Decisions were not to fall in their favour however, and Tom Coleman took full advantage to steer his side to victory with a fine 90 not out. 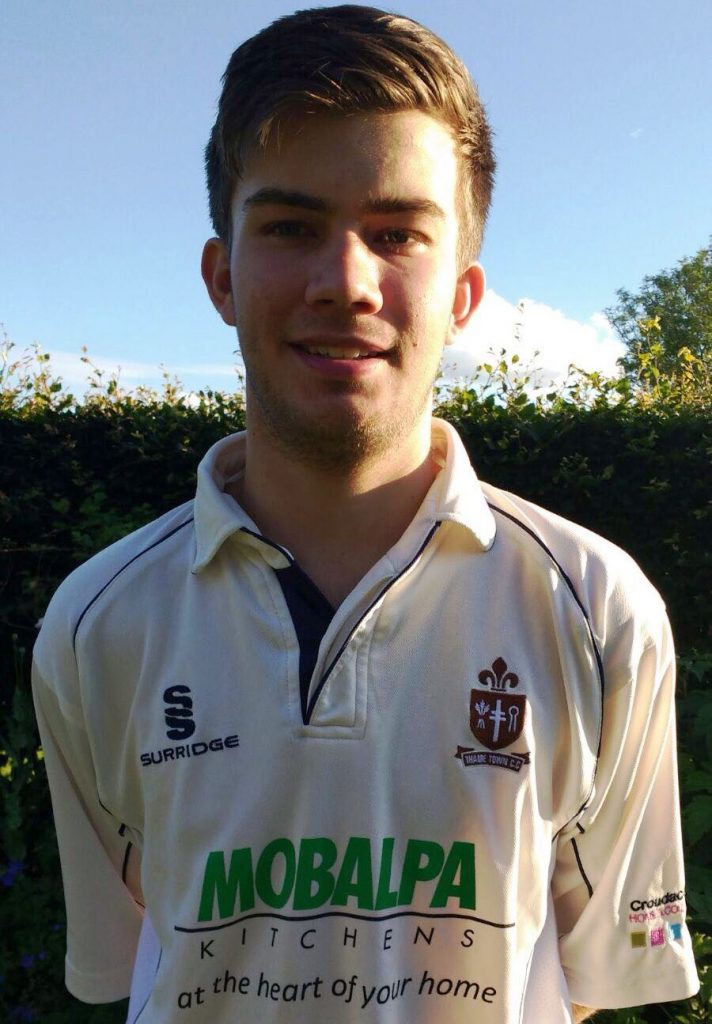 The 2nd XI travelled to Witney Mills to continue their promotion push. Batting first, Thame got off to a good start thanks to a classy knock from skipper Matt Furness (66). This then laid the ground work for promising youngster Christian Warwick (71*, pictured below) to anchor the rest of Thame’s innings, with Jack Aston (21) and Richard Carr (29) also providing support. This gave Thame a very competitive total of 256 from their 50 overs.

In return, Witney Mills were always behind the run rate thanks to economical bowling from Thame. Key breakthroughs from Matt Ridgway (4-30), Dan Patey (3-26) and Alastair Thomas (2-30) then meant Witney Mills could only reach 151 before being bowled out, securing another win for the Church Meadow side.

This win takes the 2nd XI within touching distance of promotion. The boys face Abingdon Vale 2 away next week. 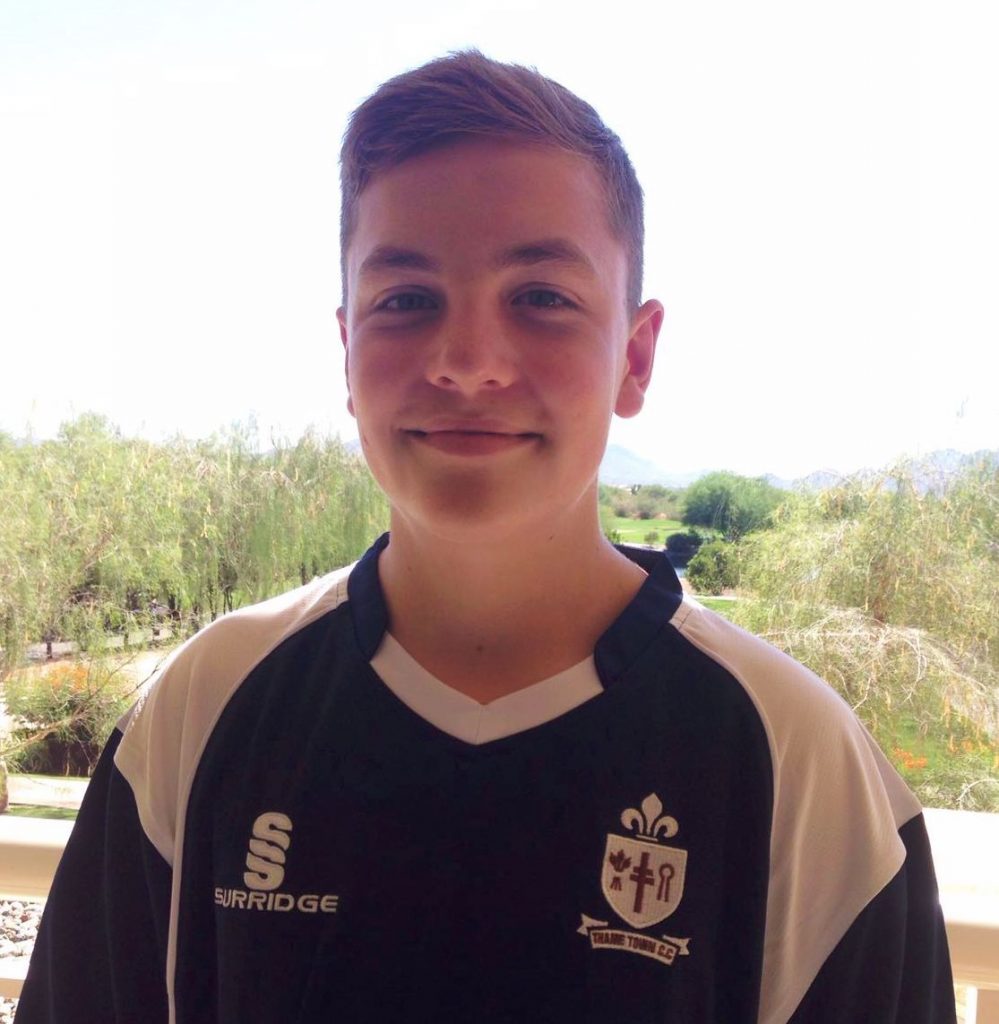 3s move to within touching-distance of promotion

The 3rd XI travelled to Islip on Saturday, more in fear of the awful pitch than of the bottom-of-the-table opposition. Nondies 3rds chose to bat and crawled to 1 run off the first 6 miserly overs from Will Bruce-Morgan and Nick Humphries. Thame maintained the pressure on the hosts and wickets fell regularly with Bruce-Morgan outstanding (1-7), supported by Humphries (1-23) and Rob Tomlin (1-20). Liam Evans (pictured below) then blew away the middle-order (4-23) and Ian McStay, in the absence of the injured skipper, stepped into the role of rabbit-clearance and took 2-5 off 6 overs and 5 maidens. Nondies were all out for 92 from 37 overs. Catch of the day was by Justin Avery running round from long-on, in an overall excellent fielding performance, led by keeper Dave Saunders.

In reply, Thame started cautiously in view of the pitch’s vagaries but Justin Avery (34) was soon unleashing powerful drives and, with support from Andy Jinman (25), the first wicket went down at 53. The win was never in any real doubt, and Guy Holmes (22*) then finished off the chase, in the 21st over, with a few lusty blows.

This win keeps the 3rds in second place and just 4 points away from promotion. Next week they entertain 3rd-placed Stokenchurch in a quest for revenge for an early-season defeat. 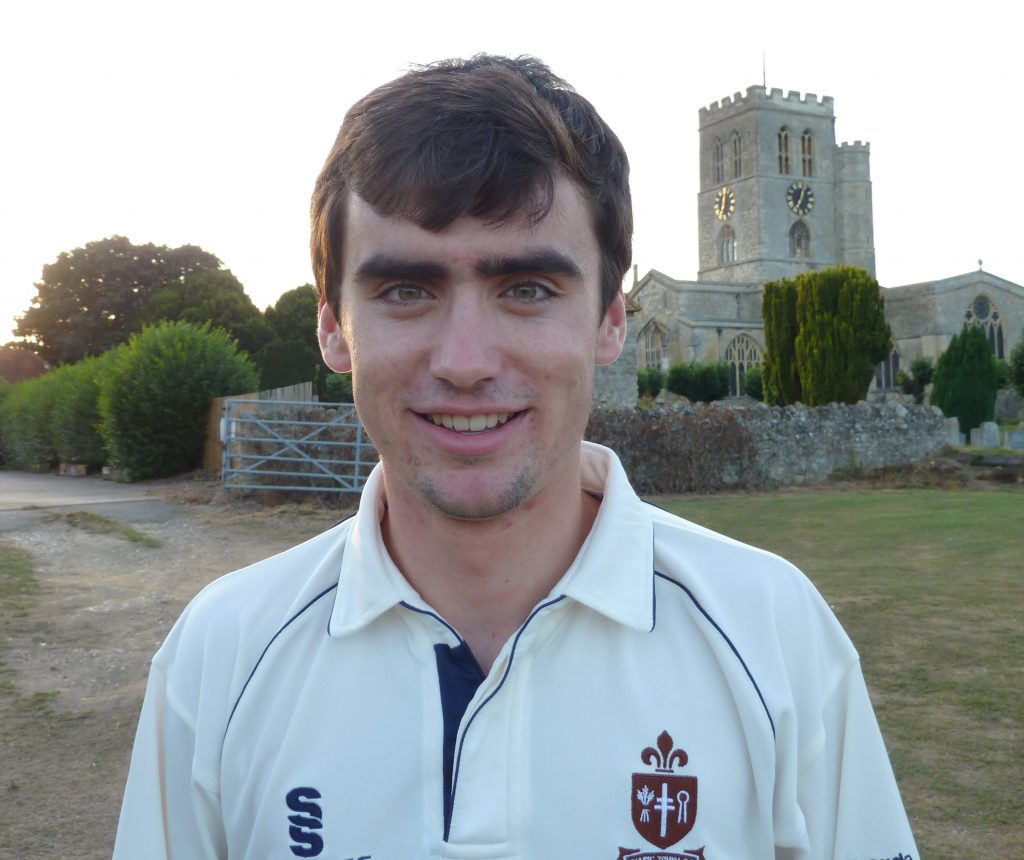 Thame hosted Didcot, hoping to avenge a narrow defeat in the reverse fixture. Winning the toss, Thame elected to field on the ever-tricky Lord Bill’s pitch. Luke Hayes broke through early, ending Didcot’s dangerous county youth player’s innings, however Didcot’s 2nd and 3rd batsmen rallied and the runs started creeping up. Edward Mather (pictured below) came on and bowled with good variation, backed up by some superb catching in the field (notably Dan Hart, who took 2 excellent catches in the deep) to end with incredible figures of 7-20. Mather was ably supported by James Olliver, Shay Reading and Robbie Jackson who bowled restrictively. Didcot were all out for 127.

Thame’s opening batsmen started assuredly, especially Tim Dabbs who made his half-century with some excellent boundary shots, before being caught brilliantly at long-off. Didcot’s hopes of a seemingly unexpected victory briefly rose after another couple of quick wickets, before Tim Airstone (31*) and Shay Reading (24*) formed an excellent partnership to carry Thame home to victory.

Thame next travel to 2nd-placed Dinton 3s, in what promises to be a tricky fixture. 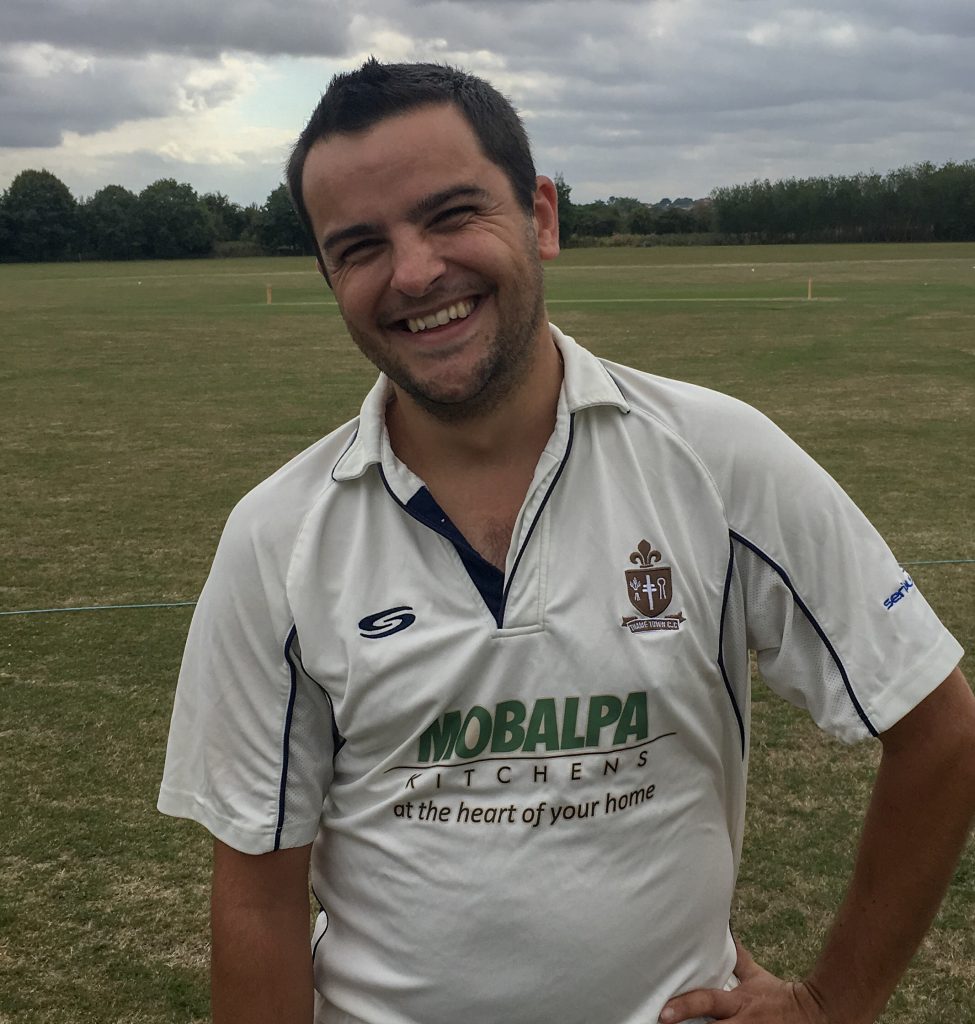 Thame Women took on Henley on Sunday in their 3rd league game of the season, looking professional in their new sponsored kit (Thank you to NNR Global Logistics)! Fielding first, Thame struggled to dismiss 2 strong batswomen, but with much relief and celebration, wickets fell to bowlers Sally Brentnall (2-48), Beth John (1-23), Claire Morris (1-28) and Mel White (1-37). The fielders worked hard on a sloping and uneven field to reduce the run rate, after many boundaries were struck by the Henley youngsters. Henley reached 233-5 after their 30 overs.

Wanting to make some headway against the daunting target, Thame unfortunately suffered an early order batting collapse thanks to the efficient bowling attack by Henley. However, exuberant batting by Mags Lightbody (18) had Thame back on their feet and was accompanied by Sarah Sanderson who frustrated the bowlers with her defensive play. Although victory was never in sight, honour was restored by a great partnership between Mel White (38*) and Sally Brentnall (24*). Thame’s final score was 126-7. 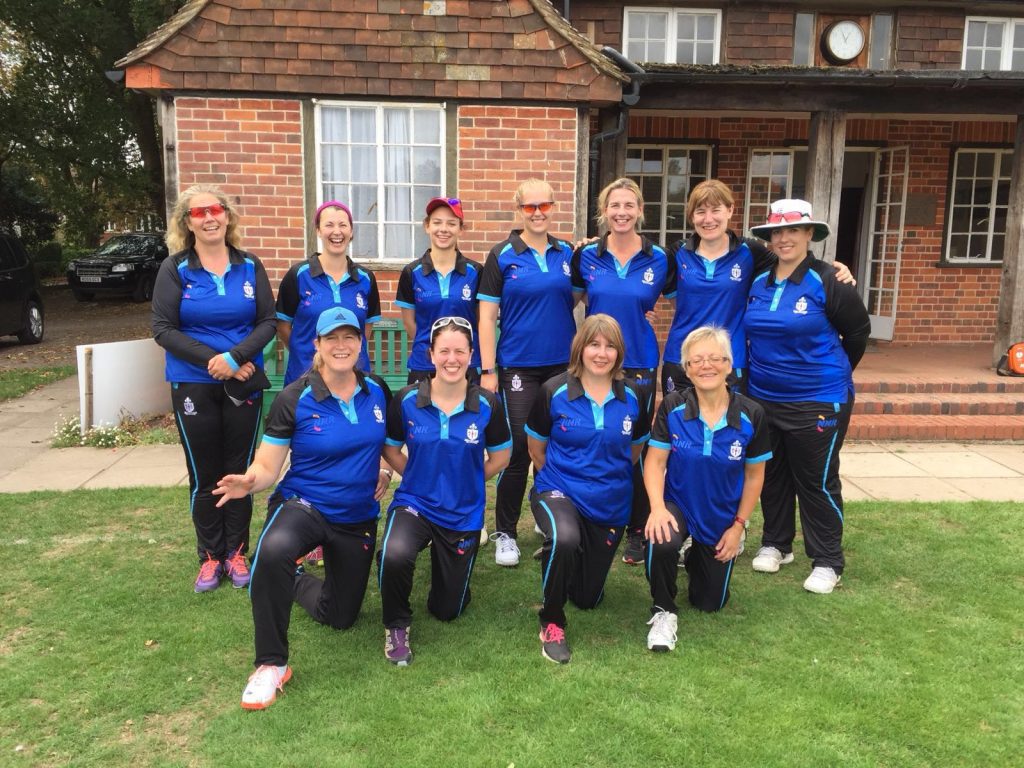