It was a weekend that will live long in the memory at Thame Town CC! Starting with the resurgent 1st XI; versus Datchet away, Thame were asked to bat in what is now the win-lose format for the rest of the season. Will Sutcliffe blasted a superb 111 from 99 balls, in a 174 opening partnership with Skipper Mike Beard (64) – both continuing their recent good form. Callum Russell added 54 to help Thame set a strong 314-7 from the 50 overs. Hassam Mushtaq got the breakthrough with 2 quick wickets, before Andy Russell and Jonathon Jelfs also added 2 each. But Kelvin Burrows (3-44) was again star with the ball, as The Meadowmen won by 40 runs. 2 wins in a row keeps Thame in the fight for survival, currently sitting in the relegation zone with 3 games to play.

Thame 2s hosted Oxford & Bletchingdon Nondescripts at Church Meadow. Bowling first, spinner Greg Jenkins took centre stage with 3-38, while Luke Hayes and Mike Higgs took 2 wickets apiece, in the visitors’ 198 all out. In an incredible reply, Matt Furness scored a memorable 126 in an opening partnership with Harry Thomas (55), as Thame won resoundingly by 10 wickets in the 43rd over. The win, along with Brackley’s defeat, means the 2s go 20 points clear at the top of Division 3.

The 3s hosted Stokenchurch at Lord Williams’ School. After putting the visitors in, Nick Humphries (3-21) and Pete Higson (3-42) were again on-form, with 2 each for Vim Desai and Ian McStay, Stokenchurch were skittled for 175. In the chase, Richard Carr hit 64 at the top of the order to lead Thame to the win by 6 wickets in 39th over. The win keeps the 3s in 3rd place, 4 points behind 2nd, with 3 games to go.

The 4th XI travelled to Westcott 2, where the hosts opted to bat. This proved to be an unwise decision when Trevor Spindler took an unbelievable 3-0 from 6 overs, to have Westcott 32-4. Rob Kenny (3-17) and Zed Khan (3-23) then polished off the tail for 115. Thame lost early wickets in reply, but youngster Josh Towell again showed his talents with 61*, seeing Thame home by 7 wickets with 13 overs spare. The 4s sit comfortably in mid-table and are now 8 unbeaten.

Thame’s Women headed to Cookham Dean. Bowling first, the familiar pairing of Leanne Harris and Megs Woodward (3-19) got into the Cookham lineup, the former picking up an early wicket. Ava Gabriele and Mel White also took 1 each, restricting Cookham to 97-6 from their 3o overs. Woodward (40*) also impressed with the bat, and alongside Catherine Hawkes (31) led Thame to a comfortable 8-wicket win in the 14th over. With 3 games remaining, Thame sit 2nd in the league, a position that would see them qualify for the semi-finals.

Thame Saxons travelled to the beautiful Blenheim Park. Blenheim posted 182-7 from their 40 overs, with Steve Shaw, Toby Baker and Pete McDermott taking 2 wickets apiece. Continuing the theme of the weekend, Thame chased masterfully; Shaw hit a brilliant 116* alongside young Alex Tervet (49*) to give the Saxons the win by 10 wickets, with 13 overs left. 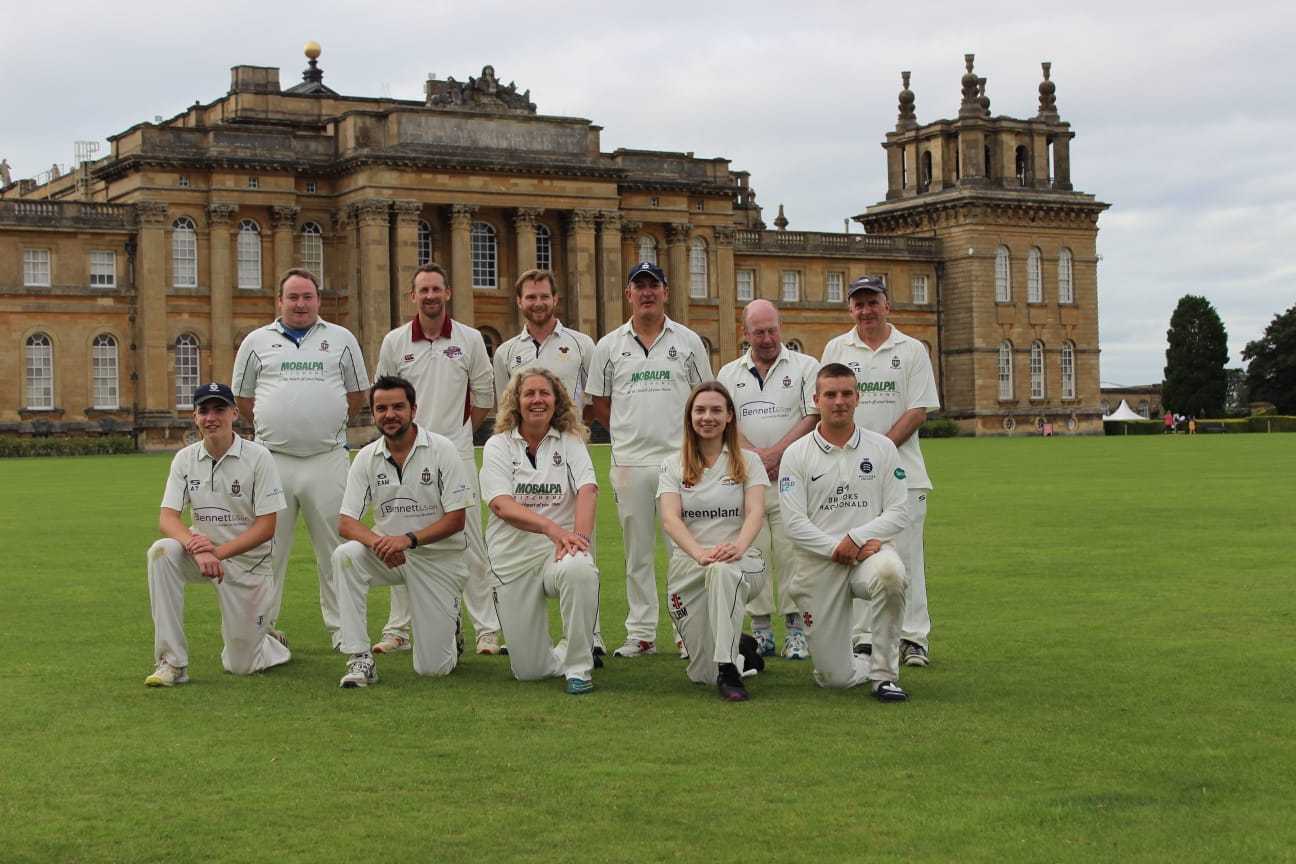