The early season washouts seemed a distant memory, as the sun shone over beautiful Church Meadow on the best weekend of the year so far. The 1st XI were in action at home on Saturday, hosting Datchet in the first of this season’s timed fixtures. Skipper Mike Beard opened with 81, but Thame fell from 111-3 to 159 all out. Spinner Hassam Mushtaq then took 3-54 and got a run out in vain, as Datchet won by 5 wickets.

The 2s travelled to Oxford & Bletchingdon Nondescripts, and bowling first put in a stellar performance to bowl the hosts out for 120 in 29 overs – Robbie Jackson, Dan Patey and Bishal Bidduth took 3 wickets each. Matt Furness (36) and Christian Warwick (31) set Thame well on the way, before a middle-order wobble. Bidduth and Dave Saunders steadied the ship and bought Thame home by 4 wickets.

Thame 3rds faced Stokenchurch 2 away. Justin Avery scored a superb 143* to lead Thame to 259-5 before a declaration, which allowed extra overs to bowl at Stokenchurch in the changed draw format. Ian McStay (3-21) and 2 wickets apiece for Pete ‘Pistol’ Higson and Taylor Vines gave Thame hope, but the immovable Joe Brown scored 170* to give Stokenchurch the victory.

On Sunday, the Saxons hosted Goring. Rob Tomlin, Danny Thompson and Leanne Harris took 2 wickets each as Goring posted 180-8 from 35 overs. Charlie Anderson (53*) and Tim Dabbs (35) set up a tense finish, with Thame needing 3 from 2 balls. Tomlin then struck 4 to give the Saxons victory with a ball to spare!

Tuesday brought about our first full T20, after 2 previous no results. Tiddington came to Church Meadow and posted 136-7 – Robin Thompson taking 4-21. Thame chased down with 9 balls and 5 wickets to spare – Will Sutcliffe (39) top scoring. Thame host Aston Rowant in the competition on Tuesday 22nd. 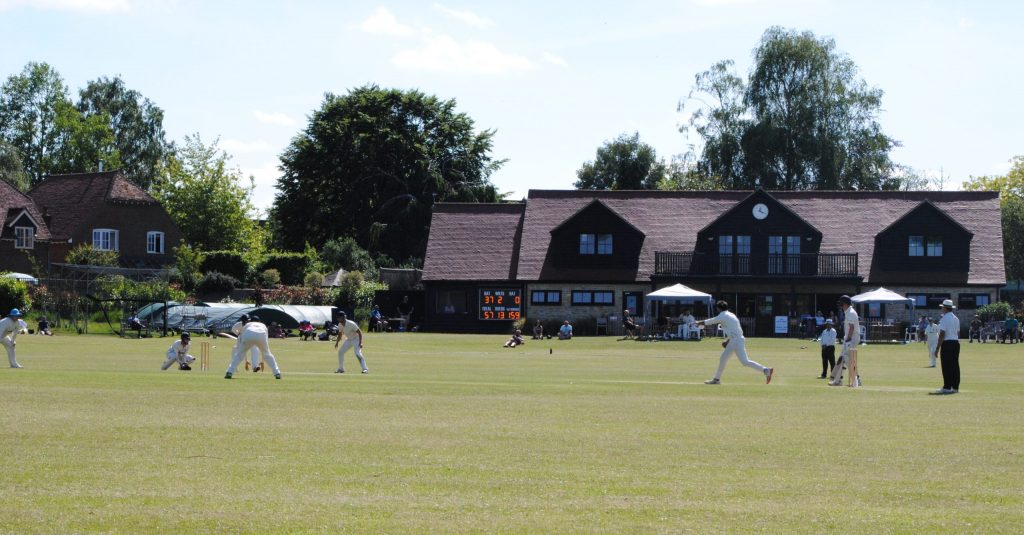