The sun was shining bright on the best weekend of the year so far, and the start of the second half of the Men’s League season. The 1st XI took on Cumnor, won the toss and batted at Church Meadow. The Meadowmen lost the top 4 cheaply, and were in a spot of bother. Alex Browne hit a run-a-ball 28, but that was the top score as Thame were all out for 119. At 99-3, Cumnor were well on their way to victory. Dinushka Malan (4-44) took late wickets, but it was too late and the visitors were able to reach the target 5 down. Now 6th, the boys travel to 4th placed Chesham next.

The 2nd XI again travelled up to the hills, this time to Bledlow Ridge. Thame won the toss, and opted to bowled. Chairman Pete Tervet (3-24) continued his recent form with the ball, in tandem with Robbie Jackson (2-64), as the game was nicely poised at 103-5. Bledlow’s lower order then swung the game their way, as they declared on 236-9. Justin Avery (39) and youngster Zach Harris (25) played well, but at 133-8 Thame were staring at defeat. Jackson (43*) and Rob Tomlin then put in an incredible effort, in an unbeaten 53 for the ninth wicket, to save the draw. Thame took 12 points, but slide to 8th after Bledlow’s 18 points takes them above. The 2s host top-of-the-table Leighton Buzzard next.

Thame 3s hosted title-chasing Middleton Cheney, lost the toss and bowled. On debut, Tim Owen removed the opener early and Danny Thompson spun (2-68), but it was a tough day in the field – Hanson scored 100* from 54 balls as Middleton Cheney declared on 260-4 in just the 29th over. Guy Holmes (33) again lead the top order scoring, before Owen scored 50 from 40 balls, but Thame were all out for 141 in reply. The 3s remain bottom of the table and travel to 3rd-placed Leighton Buzzard 2 next.

The 4s, unbeaten in 4, travelled to Bletchley 2, won the toss and bowled. Ed Mather removed the opener, but after that wickets were scarce as Hendry scored 100 before being run out by Mather. Thame took 2 late wickets, but Bletchley reached 257-4. At 54-5, Thame were struggling to save even a draw, when Ammar Chaudhury provided some spark with 37.  After his demise, the tail fell quickly to 107 all out. A good run comes to an end, but the team stay just above the relegation zone ahead of the visit of division-leaders Risinghurst 2.

High-flying Thame Women looked to save the weekend away to Wargrave, and after winning the toss, opted to bowl. Wargrave put on 50 for the first wicket and were looking to build a big score, when Eli Dey (3-11) and Ava Gabriele came on and turned the game. Gabriele later took a memorable hat-trick on her way to fantastic figures 5-18, to have Wargrave all out for 128. In response, Thame’s top 4 all got starts, topped off by Dey who hit 41 before having to retire. From there, the team were able to cruise home by 5 wickets with just over 9 overs to spare, meaning they are still unbeaten, winning 4 from 4. Next Sunday, 2nd-placed Ballinger Waggoners come to the Meadow in a top-of-the-table clash. 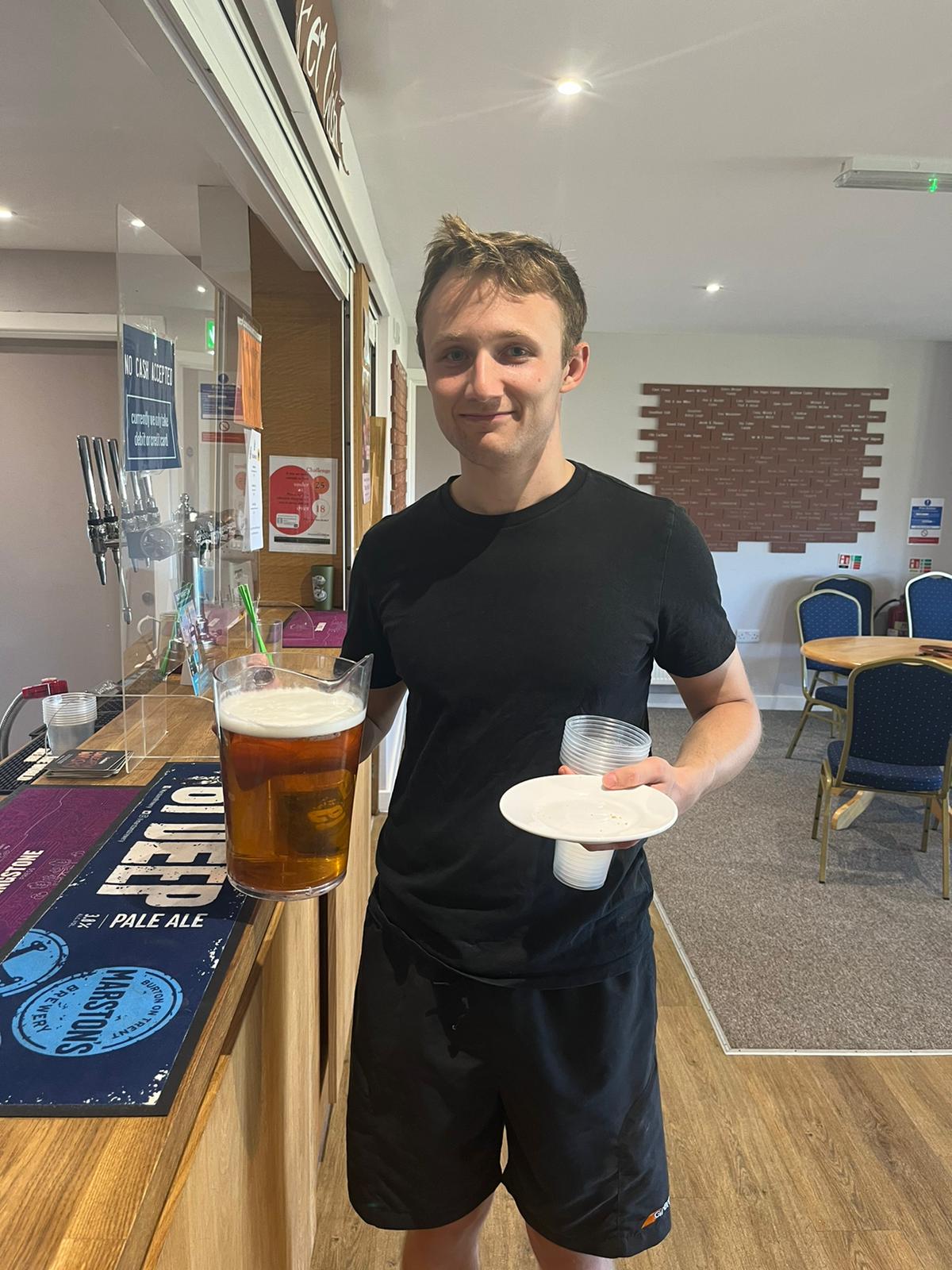 Tim ‘Wackett’ Owen scored a 50 on debut and, as is customary, got a jug in