On a cold and damp evening last Friday, Thame Town CC’s Under-15s played and won the first competitive match of the new season, in front of the new clubhouse at Church Meadow.

Both teams were keen to get a game on despite the poor weather conditions. Cublington batted first and could only muster 68 all out, with wickets spread around the Thame team, plus excellent fielding yielding 3 run outs. In reply, Thame cruised to 70-2, thanks largely to the composed opening partnership between Elliott Dales (30 retired) and Ishaan Barde (11*).

Parents and supporters were able to watch the game in the warmth of the ground floor, function room and bar, which is available for hire to members and non-members alike.

The Under-15 squad trains on a Tuesday evening from 6pm and play in the Aylesbury League. If you would like more info please visit http://www.thamecricket.org.uk/junior-cricket/u15/ 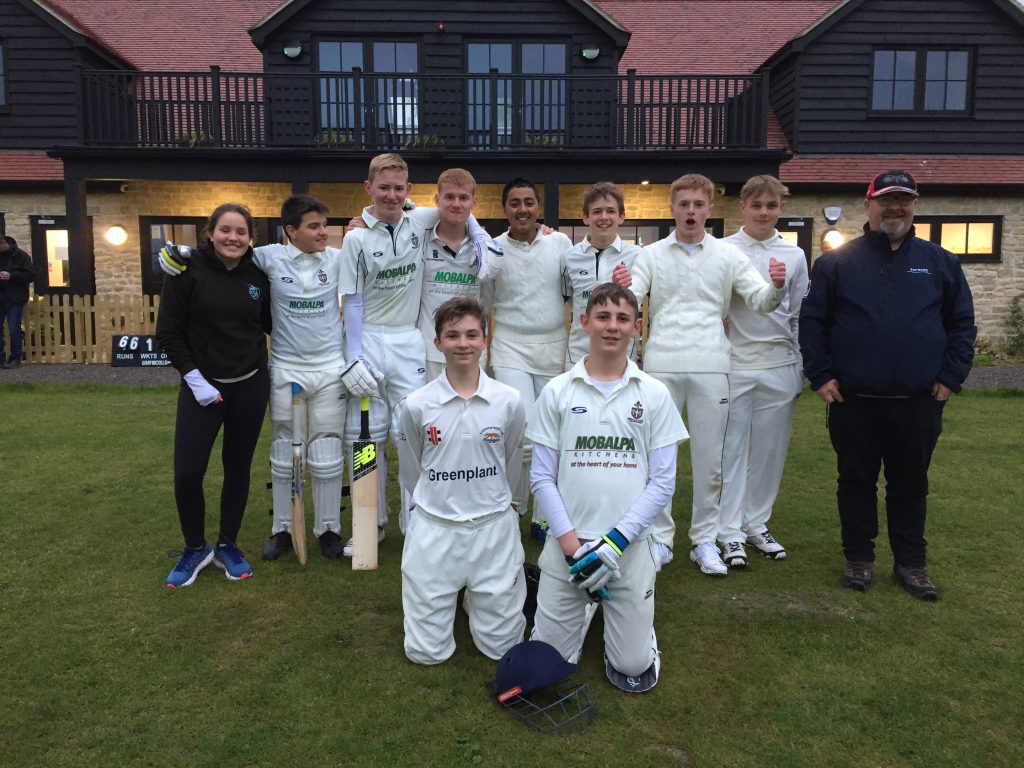