Under 11s round off great season with Finals Day!

Thame Under-11s have had an outstanding season in the Oxfordshire league since May, winning 9 out of their 10 games and culminating in them earning a deserved place in the County’s Finals Day last Sunday 16th, hosted in style by Great and Little Tew CC. On the road to that Finals Day, Thame defeated 4 opponents both home and away (Aston Rowant, MP Academy, Tiddington and Oxford CC), only losing once, away to local rivals Horspath.

As for last Sunday, the top 4 clubs from 28 in the county came together for the semi-finals in the morning. Thame lost in the semi-final to the hosts and eventual winners, Great & Little Tew but then tied the 3rd/4th place play-off in a thrilling finish against Peppard Stoke Row, with a Thame batsman run out off the last ball attempting to go for the winning run! There were notable performances on the day from skipper Luke Hayes (6 wickets), Theo Ransby, Daniel Laws and Huxley Davis but, as throughout the season, the side’s main strength was in the collective performance of the team and the wider U11 squad. 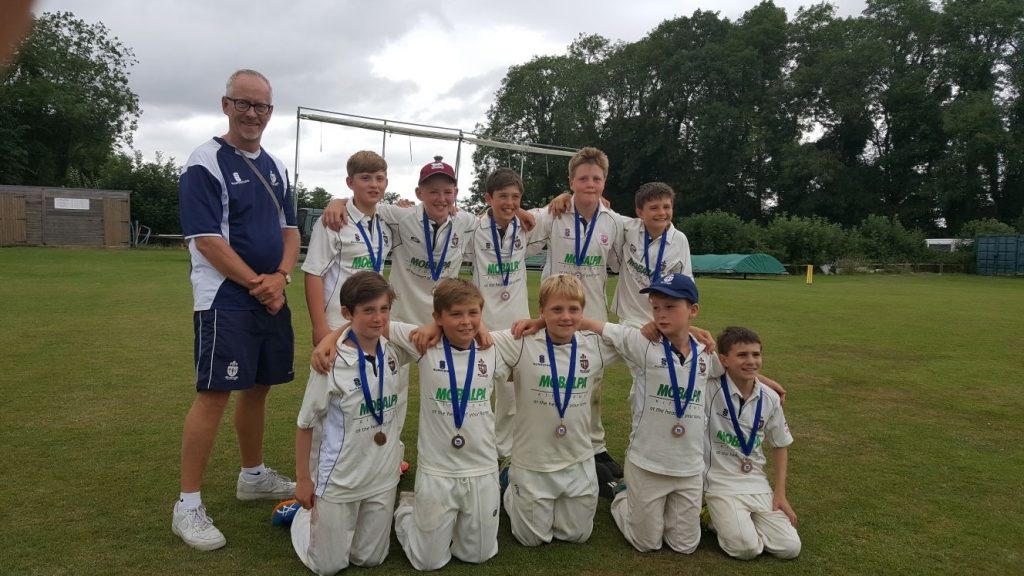