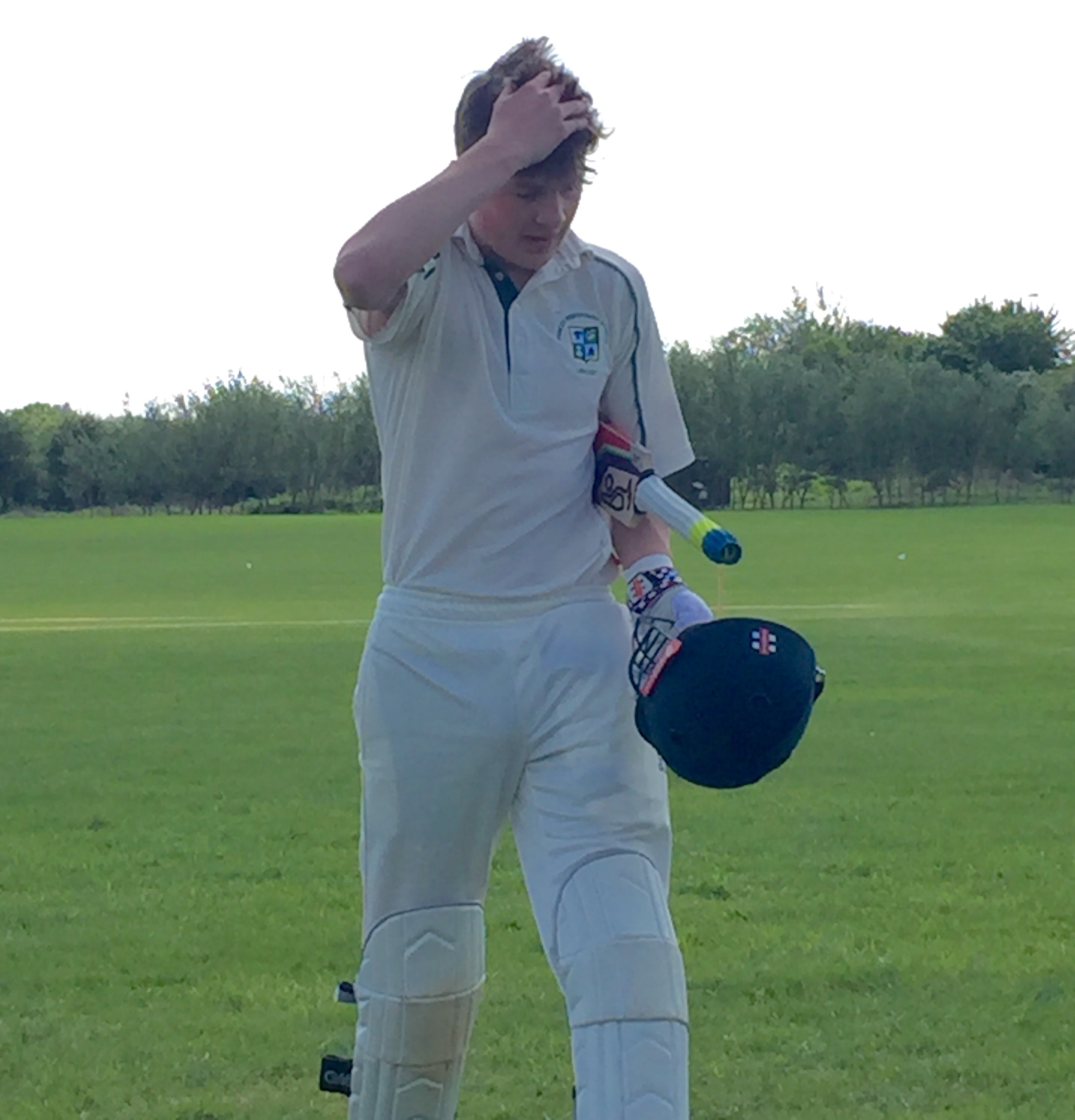 Thame 3rd XI made it an unbeaten start to the season with a ‘winning draw’ against Stokenchurch 2nd XI, at Lord Williams’ Upper School field this week. The visitors won the toss and put Thame into bat, on what has historically been an unpredictable pitch combined this week with an uncut outfield.

With the ball not running away through the long grass Thame were struggling at 21-3, until Skipper-for-the-day Vimal Desai (22) provided some fight, continuing his good start to the season with the bat. But it was Evan Davies (pictured right) on debut who stole the show with an impressive 59, alongside last week’s bowling hero Alistair Ilsley (19) who put together a strong partnership to move Thame up to 126-7. With these two gone, it was up to the tail to add some vital runs – cometh the hour cometh the veteran, John Phippen added a quick 33 not out at the end while others survived around him to give Thame a better than expected 169 all out from just under the allotted 45 overs. Stokenchurch’s bowling attack included some excellent performances from the youngsters, but Thame were pleased with the total given the bad start.

A superb homemade tea by Mrs Chappell was the highlight of the day, featuring Victoria sponge, Cupcakes, rock buns and lemon drizzle cake (healthy options were available). This sent Thame out with a fire in their belly to get through the top order of Stokenchurch and expose their youngsters – but the openers were solid and watchful, getting them through to the half way point at a slow 32-0. Several dropped catches and missed run outs made for a frustrating time, until star-fielder Scott Chappell sharply ran out their top scorer, Peter Langford (54), and picked up 3 more wickets to make things interesting. Was it last week all over again? The veterans had all departed, leaving Thame a handful of overs to get 6 wickets. Evan Davies and Scott plugged away, with the former taking 1 more wicket to add to is fine debut, but the miracle wasn’t to be and they ended on 105-5.

Thank you to Jaylen Crockett for Umpiring, Bob Wiles and Andy Warwick for scoring and Sam Chappell for a tea that will be talked about for years to come.

Man of the match was Evan Davies, for his 54 runs and 1 wicket on debut. Closely followed by the Victoria sponge.