On a cloudy day at Church Meadow, my hand picked select XI did not disappoint in a match which marked the end of my tenure as Chair, and the exciting news that we have found someone mad enough to take on the job for the next 5 years.

Having picked my team in March, I had neglected to organise an opposition team until late on. But luckily an old friend of mine, who struggled to beat me at anything when we were at school together, put 9 players from Waddesdon CC, in addition to the TTCC U17 talent of Towell and Shayler, to make the opponents XI.

Having lost the toss and being asked to bat, my trusty opening partner Steve Beard got us off to the kind of lightning start only snails could dream of. As I accelerated through the gears of a classic Swain innings of ..1..4..6..OUT, I was back in the hutch having a nice cup of coffee to relax and watch the rest of the team accumulate runs. Shortly afterwards, my partner was out and wandered back muttering on about ‘ball not coming onto the bat, slow wicket….etc’, luckily both our groundsmen (Max Bax and Charlie) were in the side and went on to score plenty of runs confirming that it wasn’t the pitch, it was the man!

A superb 66 from Guy Holmes, who had to be called off the pitch having not retired on 50, plus a stylish 35 n/o from Max Bax, allowed us to reach 156 for 4 after the 35 overs. Max Shayler bowled well and was the most economical with figures of 5 overs for just 16 runs

In response, our bowling attack was led by Phippen J (Snr) and Phippen J (Jnr), who shared a wicket in the score book under the same name. The opposition were led by another of Thame’s U17 and future stars Josh Towell, who batted superbly, making an excellent 51 before retiring and letting some of the others have a go. NB. In addition to myself, Josh was the only other player in the match with the power to clear the boundary without it bouncing (except for the last ball of the match of course), and Max Shayler batted very nicely for 14 n/o before he ran out of partners.

Thanks mainly to the wicket keeping of Beard Jnr and the bowling of Jackson, we allowed the opposition to get very close to our score. In the end, the wickets were shared around between Malan (making his debut as a leg spinner), Holmes (mainly pies) and Higgs (one of them did spin), but the game went down to the last over and indeed the last ball of the game, which retired batsmen Towell returned to the crease needing 5 off the last ball. Higgs dragged one down, Towell advanced down the wicket and took a big swipe hitting the ball not quite cleanly enough which ended up in the clutches of Holmes who was lurking about at Cow corner (completing Higgs’ hat-trick in the process).

The crowd were entertained, and the match was won, never in doubt….

A big thank you to Sheena, Emma and Angus for doing the bar and food, Mrs Swain (Snr) for the kids cakes, Justin and Laura for operating the BBQ and cooking the very fine beef burgers that were kindly provided by Ed Clarke of Waddesdon Wagyu https://www.waddesdonwagyu.co.uk/

And lastly, it is with great pleasure I congratulate Pete Tervet for taking on the role as Chair, which truly demonstrates our commitment to the diversity of this wonderful club. We will be in his safe Scottish hands for years to come.

Pete has asked me to say that if there’s absolutely anything at all you would like to complain about, feel free to contact him and he will get onto it straight away…… 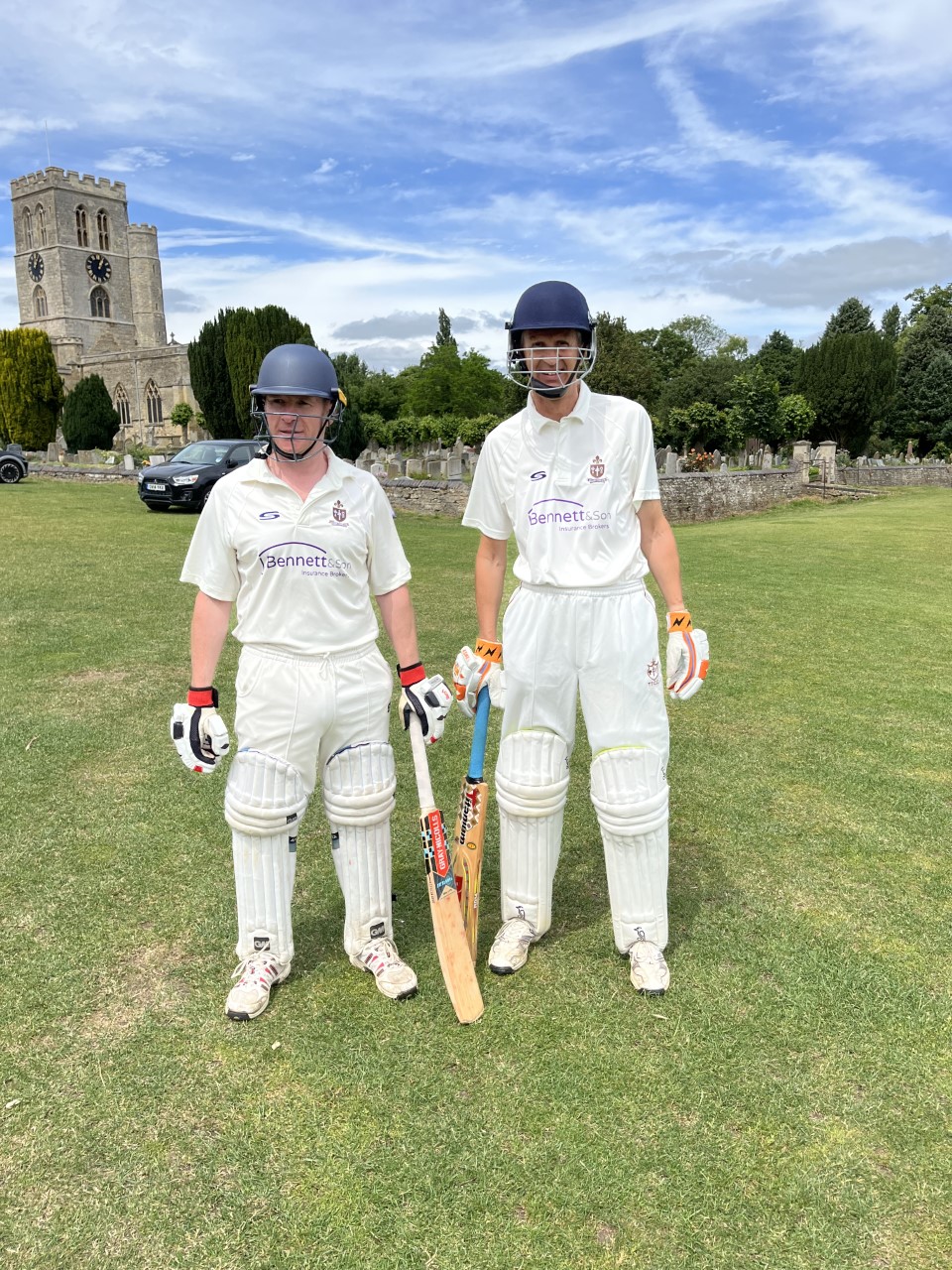 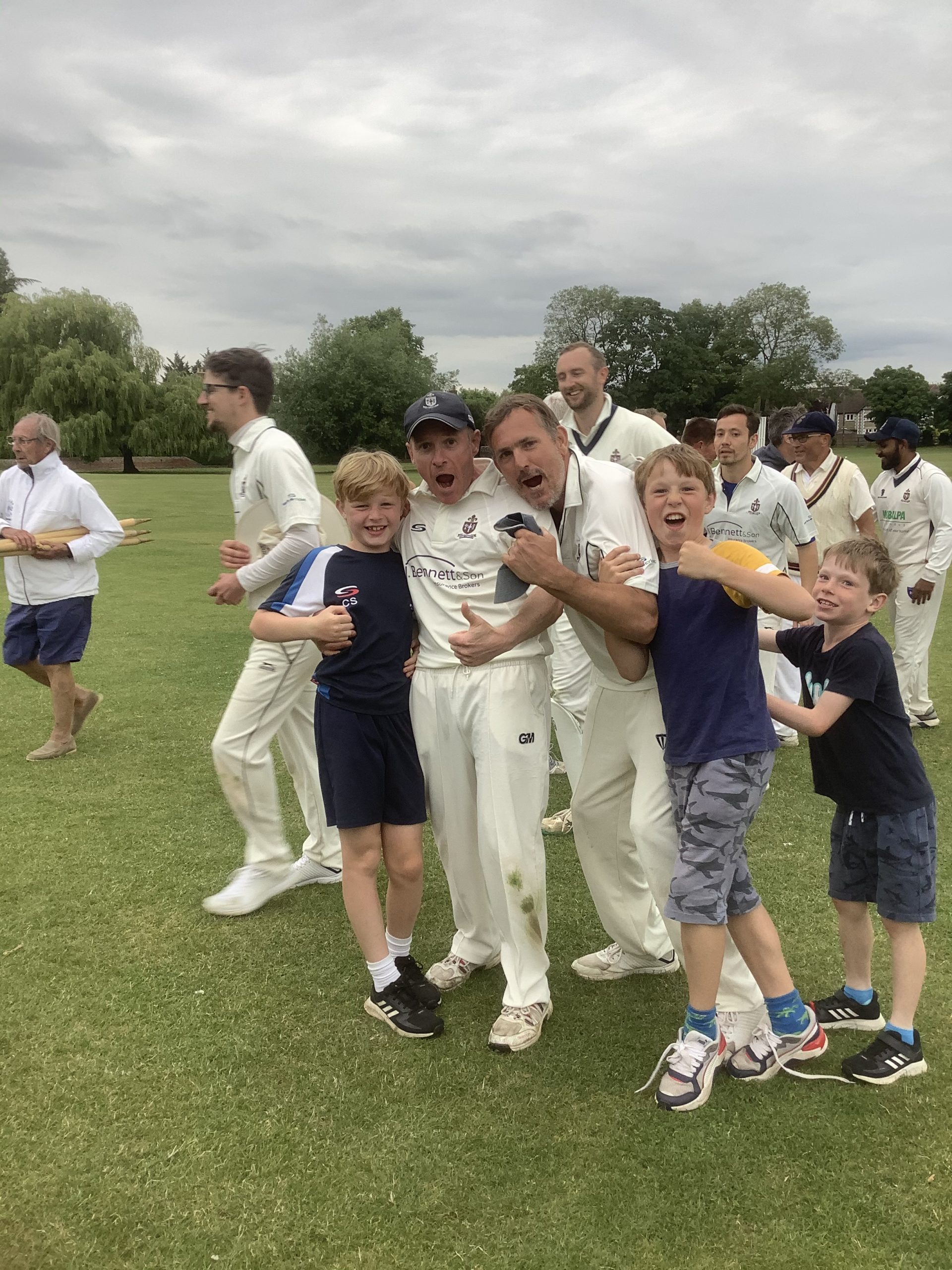 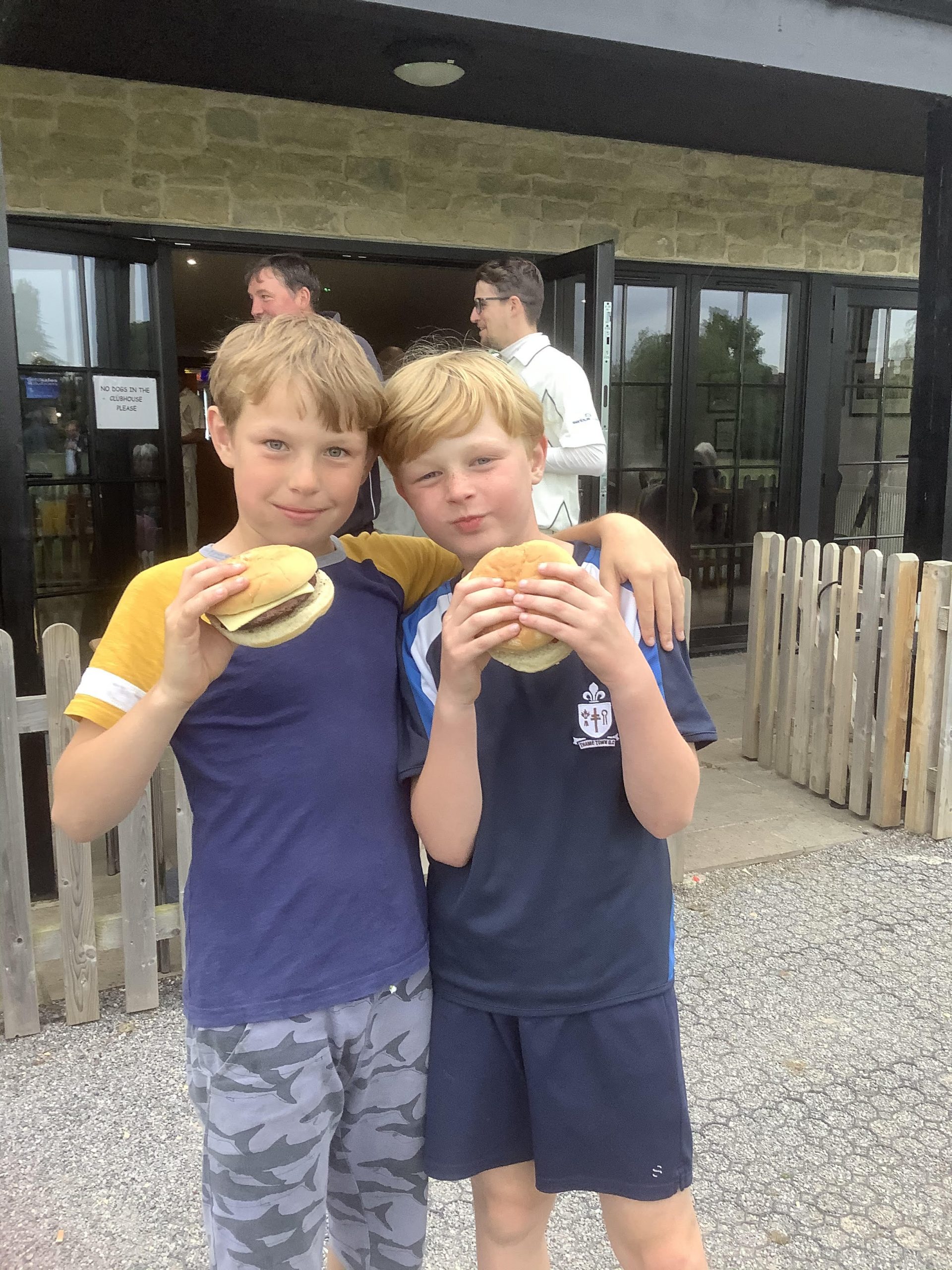