Thame fight hard but are defeated in T20 Final

Thame travelled to the picturesque Wormsley cricket ground in high spirits hoping to round off a hugely successful season with a win in the Wilf Bennett T20 final. The ground set deep in the heart of the Wormsley estate, is probably the most beautiful ground in the country and the excitement was noticeable within the team as they all took in their surreal surroundings and the occasion.

Thame won the toss and elected to bat, the outfield was damp the pitch looked flat and as the sun started to break through it seemed like the right decision. With hoards of Thame’s faithful supporters descending on the ground the atmosphere was brilliant. However, losing both openers early Thame struggled to get a grip on the game, tight bowling and a committed fielding display from the Bicester and North Oxford team meant that Thame really struggled to get away. A crucial partnership between Callum Russell (37 not out) and Michael Beard (30) who found the gaps and ran well meant that Thame kept the scoreboard ticking over and began to make their way towards some sort of a target to defend. However, after a couple of middle order run-outs Thame were really struggling, although thanks to some lusty blows from Adam Phippen managing to clear the sizeable boundary Thame made their way up to 107-6 off of their 20 overs. It seemed under par but it was a score on the board and the team had defended well all through the group stages, they felt that they were right in the game.

The second innings started well with Michael Higgs removing their dangerous opener for a golden duck. However, from here the bowling standards fell away as bowlers struggling to find the right lines and a pivotal second wicket partnership from the opposition all but took the game away. Thame did respond with a flurry of late wickets and managed to push the opposition all the way. Bicester and North Oxfords batsman never really looked comfortable, but the game was gift wrapped for them with Thame bowling 44 extras, in comparison to their 5. That was where the game was won and lost. This combined with an important dropped catch meant that Thame were always facing an uphill battle. Only Hassam Mushtaq found his line on the day with his spell of 4 overs 1 for 11 all but kept the game alive, but unfortunately this was in vain. Bicester and North Oxford chased the score down with two overs to spare and won by 6 wickets.

An off day to say the least but none-the-less a fantastic achievement from all of the boys even to make the finals day, we were due an off day after the season we’ve had, its just a shame it had to be on this stage, but the team never gave up and still pushed them all the way. This competition has proven to be a real success for the club, the midweek fixtures allowing a lot of the younger members to get a real chance to go and express themselves, they won some tight games in the group and there were performances across the board from lots of the club’s younger players, which bodes brilliantly for the future. Hopefully Thame will make another appearance at the lovely Wormsley next year! Sadly not the end of the season we were all hoping for, it just wasn’t to be, but the future looks bright for TTCC, bring on the 2018 season!! 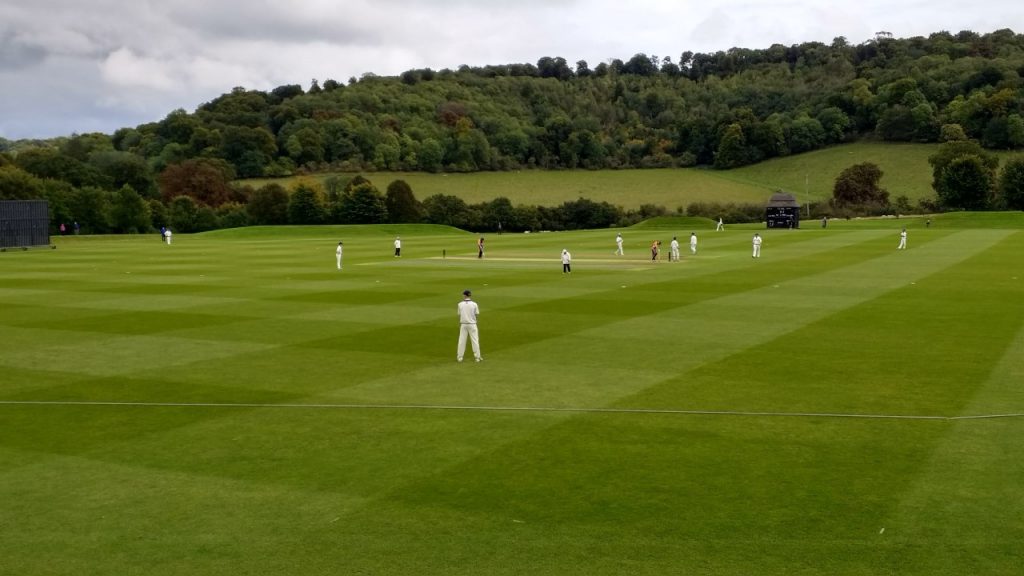 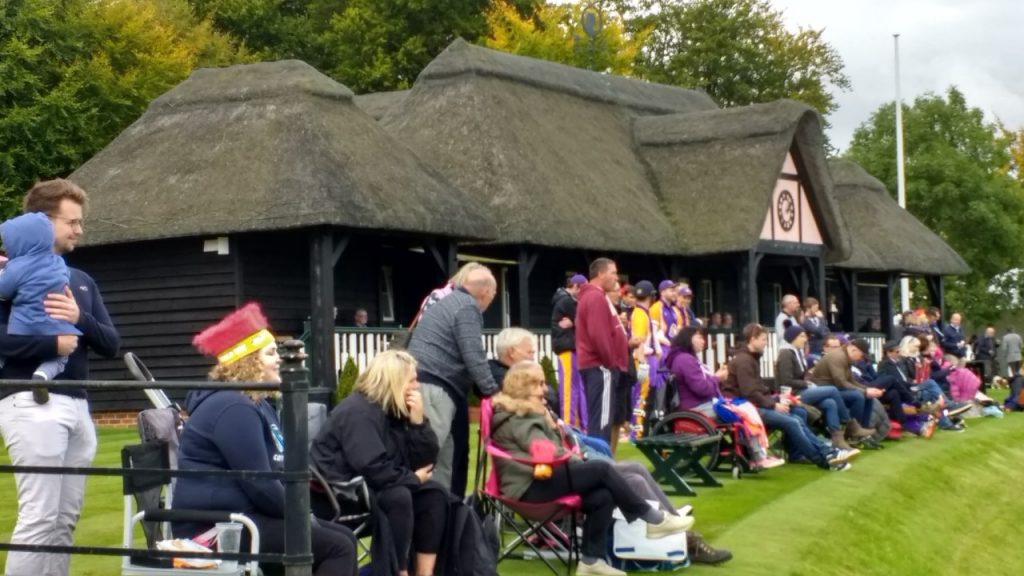 Touring side, Hetairoi, returned to visit Church Meadow again this year on Saturday 9th of September. The visitors batted first and made 167-6 declared off 36 overs with Pennington top-scoring with 77. Lewis Ludlam was the standout bowler with 3 wickets, while youngster Tynan Crockett and Robbie Jackson took 1 each, plus a run out. The home side reached 168 for 4 in just 22 overs with Guy Holmes the star, retiring on a brilliant 100* before the chase was finished off by Mark Fellowes’ 37*.

On Sunday 17th September, Thame lost the toss and were put into bat by Northfields. Thame got off to a great start due to a good opening partnership by Tom de Haan and Lewis Ludlam. Harry Thomas starred in Thame’s batting with an excellent 62 and the home side looked to be on for a big total, however good bowling from Dave Garner 3-40 off 7 overs kept Thame down to 163-8 from this 35 overs. Northfields started their chase slowly due to tight spells from Jamie Wiles and Ed Mather. Pete Tervet ensured that Northfields stayed behind the rate with an excellent spell. A good partnership between Jeevan Sungh (42) and Dave Redhead (25) seemed to get Northfields back into the game, however bowling spells from Guy Holmes 2-11 off 3 and skipper Dan Patey, bowling 2 wicket maidens and finishing with 2-10 off 4, saw Thame cruise home. Ed Mather picked up the final wicket as Northfields finished on 129 all out.

On Saturday 17th September Thame Ladies went to South Moreton to play an experienced team. This is the first full XI match Thame has played against another Ladies team. Thame fielded first with some tight bowling from Claire Morris 4 overs 2 for 19 and Sarah Sanderson 6 overs for 27. South Moreton batted well with retirements for Lucy Grain (28), Georgia Haworth (25).

Thame had some strong batting with retirements from Beth John (27) and Mel White (25). South Moreton’s top bowler was Georgia Haworth who returned figures of 5 overs 3 for 13 and supported by Lucy Grain 5 overs 2 for 33. The match ended with South Moreton winning by 22 runs.

Moreton Ladies tweeted ‘Some good cricket on show today. Well done @thamecricket Ladies….. particularly for your batting which augurs well for next season…’.

Thame will travel to the Bicester Softball Festival on Saturday 30th September to finish their season. 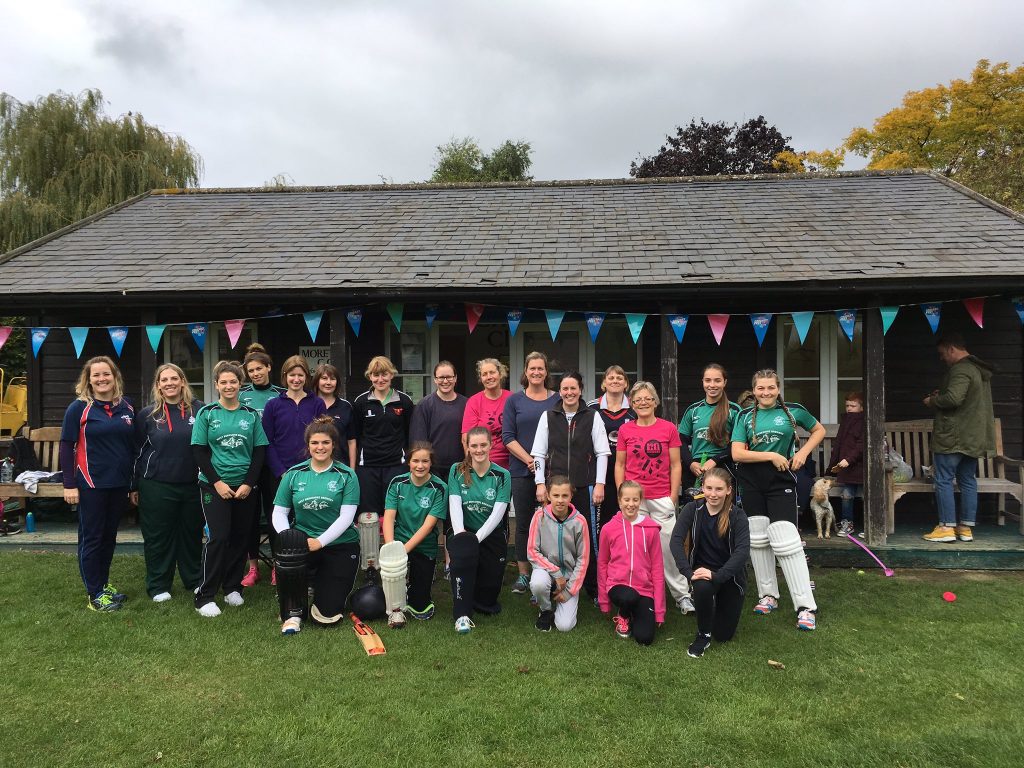