Oxfordshire are the 2021 NCCA Championship winners after defeating Suffolk on Wednesday 8th September! Thame’s own Ollie Ebsworth-Burland has been a pivotal part of the team, and starred for Oxfordshire in a win at Thame’s Church Meadow back in August. Fellow Meadowman, Callum Russell, also represented Oxfordshire during the season.

The final day started with Suffolk needing another 334 runs for victory, with 7 wickets remaining. They were eventually beaten by a margin of 178 runs. Read the full report here: https://www.oxfordshire.cricket/news/oxfordshire-ncca-winners/

This is Oxfordshire’s first title since 1989, and sees coach Rupert Evans win the championship as both a coach and a player.

Congratulations Ollie and the team, from all at TTCC! 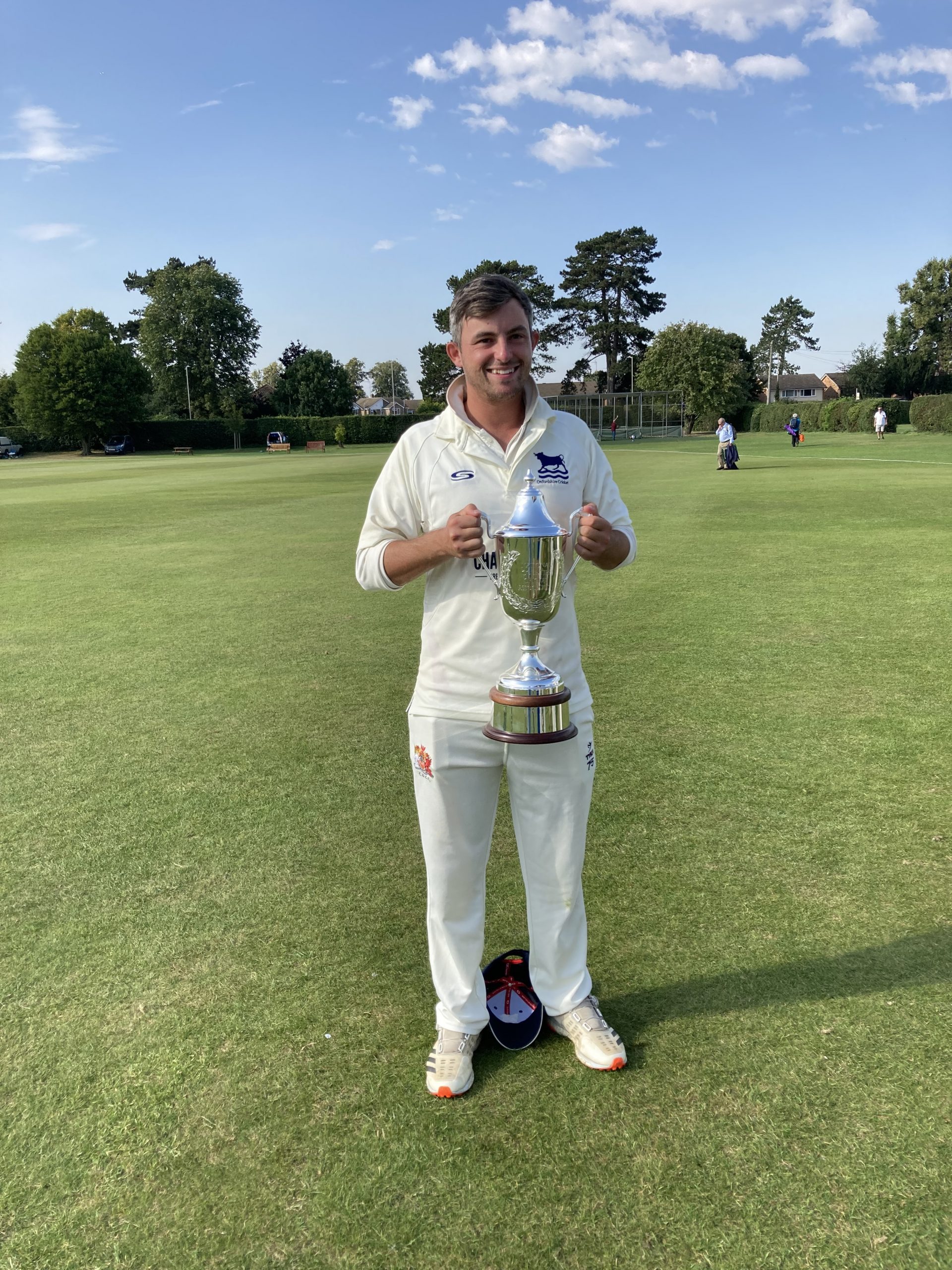 Ollie Ebsworth-Burland with the NCCA Trophy