On Sunday 15th August, over 250 spectators attended day 1 of 3 of this season’s Oxfordshire v Berkshire County match. Oxfordshire first played Berkshire in 1896 at Thame, when the ground was located at Windmill Road, and this match represented the 1,000th championship match that Berkshire has played overall.

The wicket and ground at Church Meadow were looking glorious, following the continued hard work of the clubs devoted groundstaff. A Sunday lunch, prepared by local firm Canape Reds, and raffle were held on the first floor of the pavilion for club sponsors and supporters during which prizes were given out by the Chairman and his son.

On the field, it was an action-packed 3 days. Oxfordshire won the toss and batted. It was Thame’s own Ollie Ebsworth-Burland who top-scored with 81, as the home-side declared on 294-8. Berkshire could only manage 140 in response, George Andrew taking 5-39, before Oxfordshire piled on the lead in the 2nd innings. Ebsworth-Burland scored a magnificent 117, setting Berkshire 425 to win with 1 day to go. The Oxfordshire bowlers again dominated, to bowl Berkshire out for 141 and win by 283 runs, inflicting Berkshire’s first defeat in the competition since 2014.

The club would like to thank everyone who attended and made the occasion an excellent event. We would like to thank Travelodge, Holiday Inn, Racquets, Native Feasts, Marstons, Massage Matters, Swift Fitness, James Figg, Sean Hayes & A W Swain Esq for their contributions to the raffle and Kubota and J Bennett & Sons who are principal sponsors of the club. Thank yous also go to the committee for making the event happen. 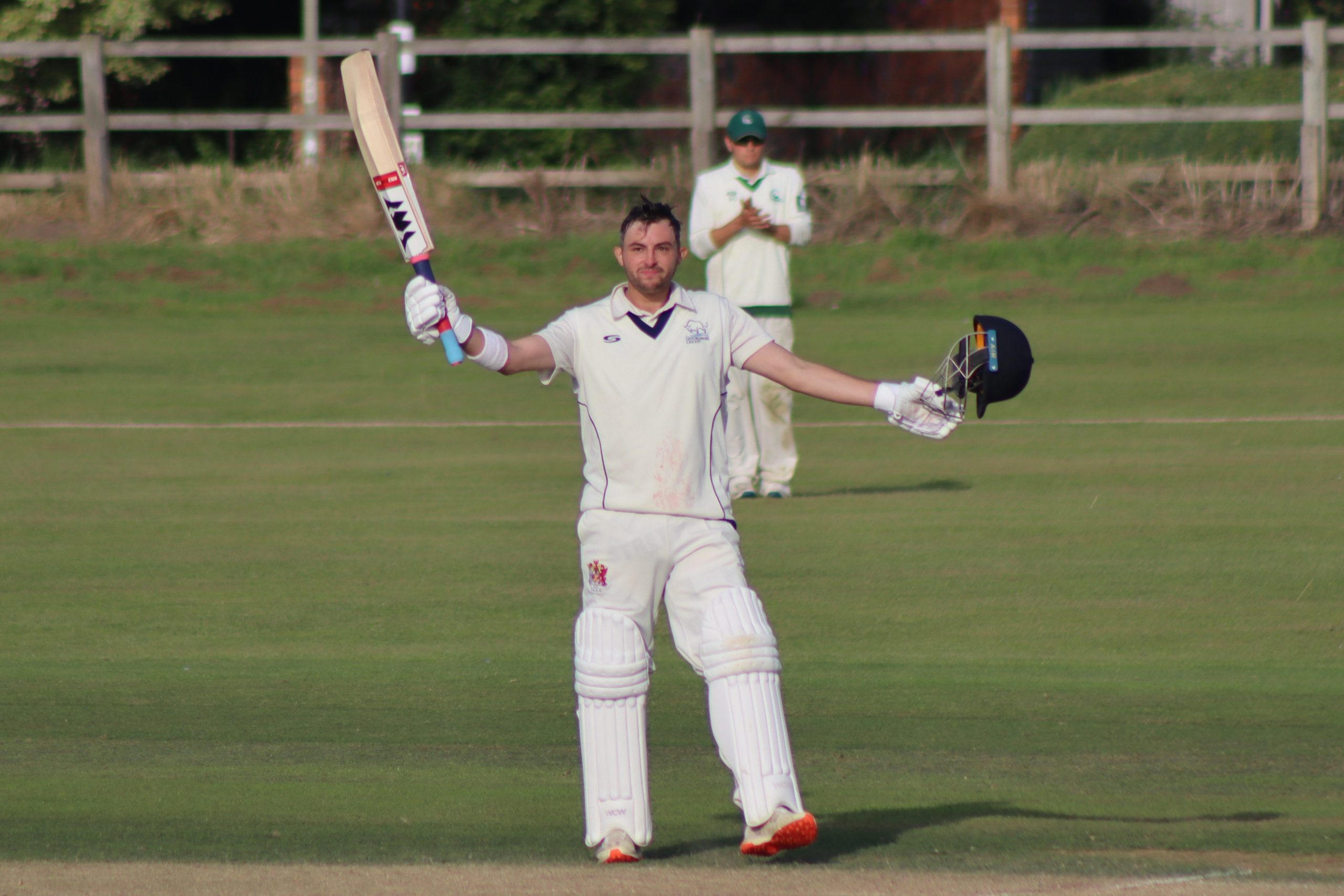 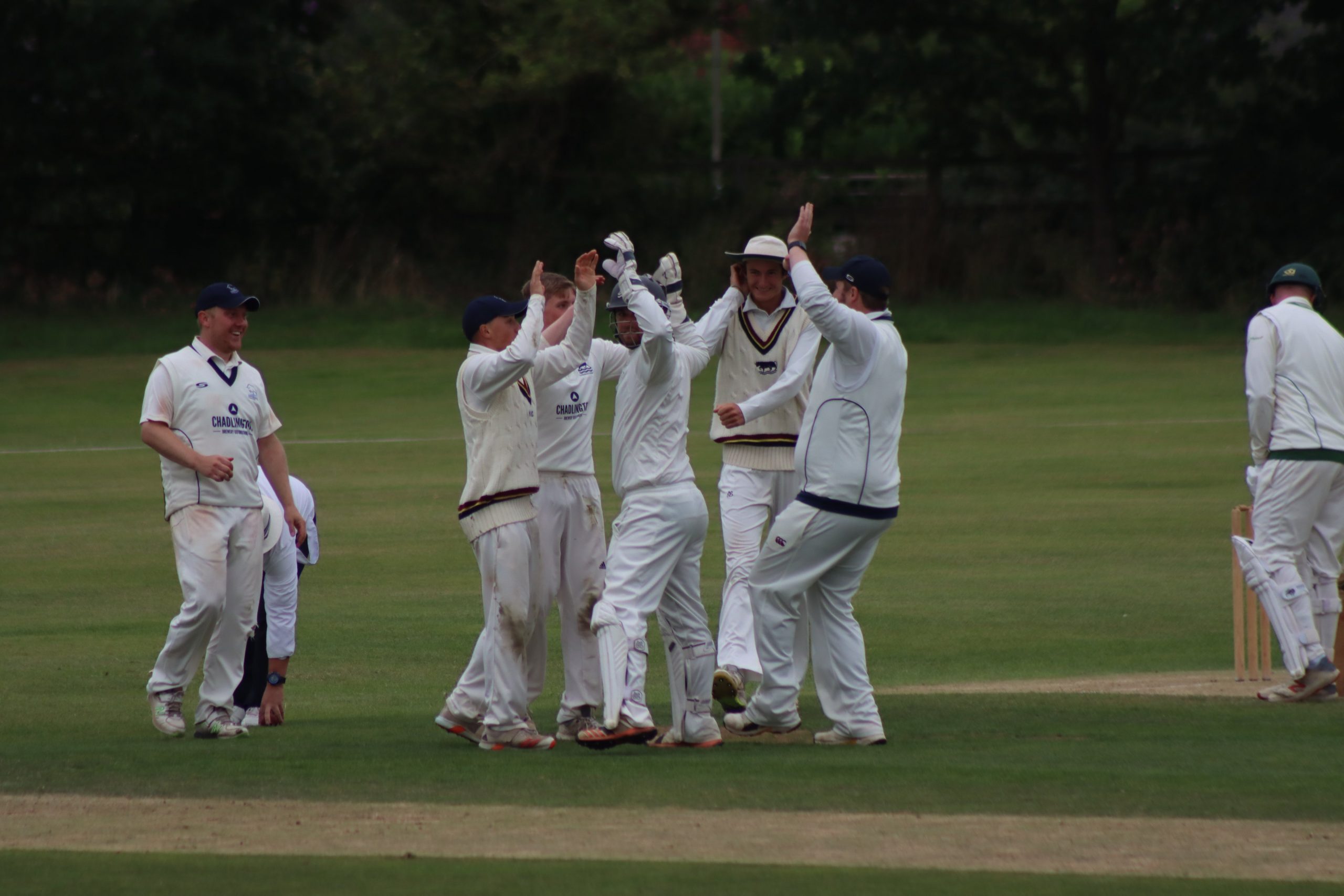 Oxfordshire celebrate taking a wicket as the win gets closer 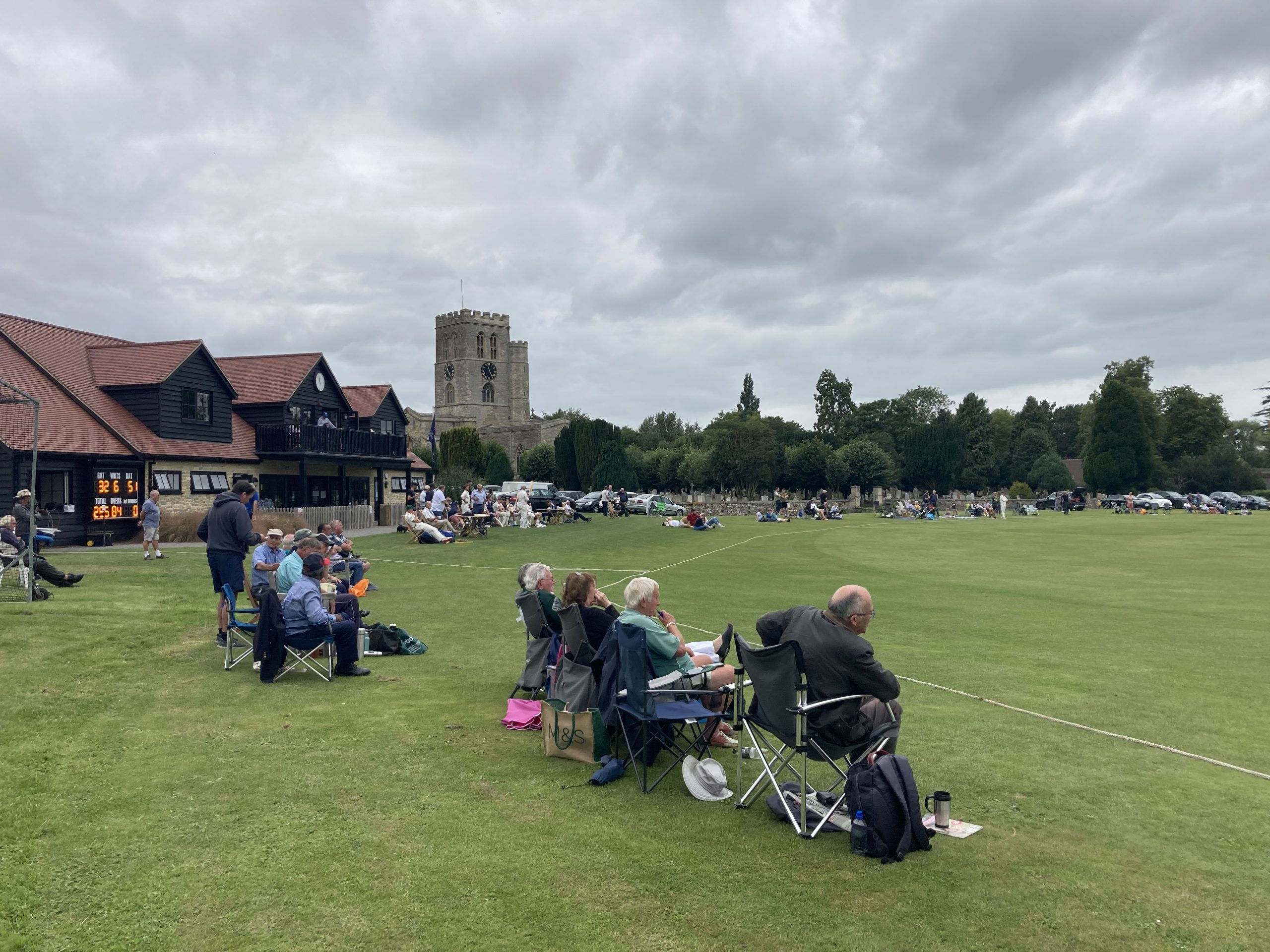 A big crowd turned out on the Sunday 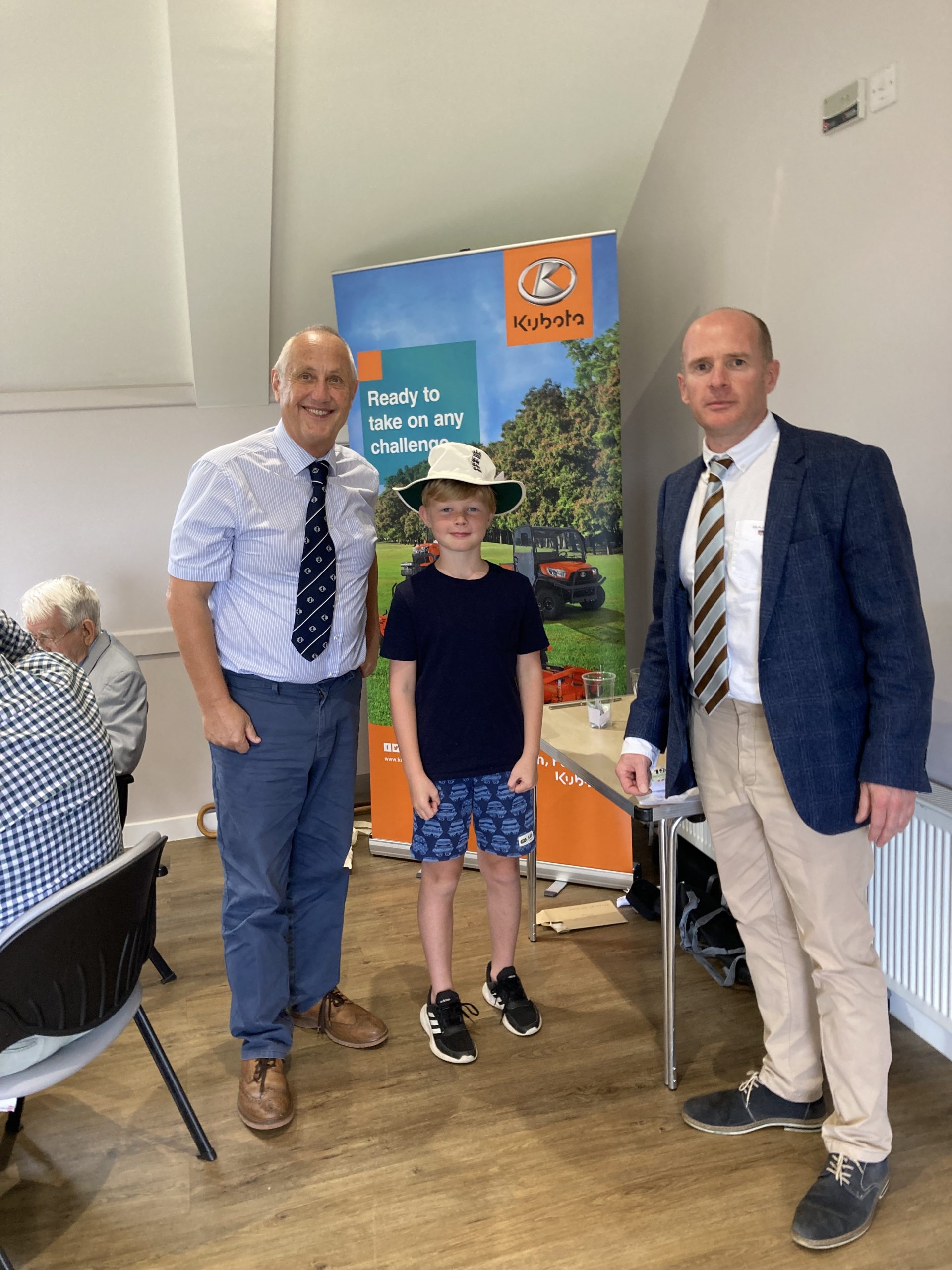 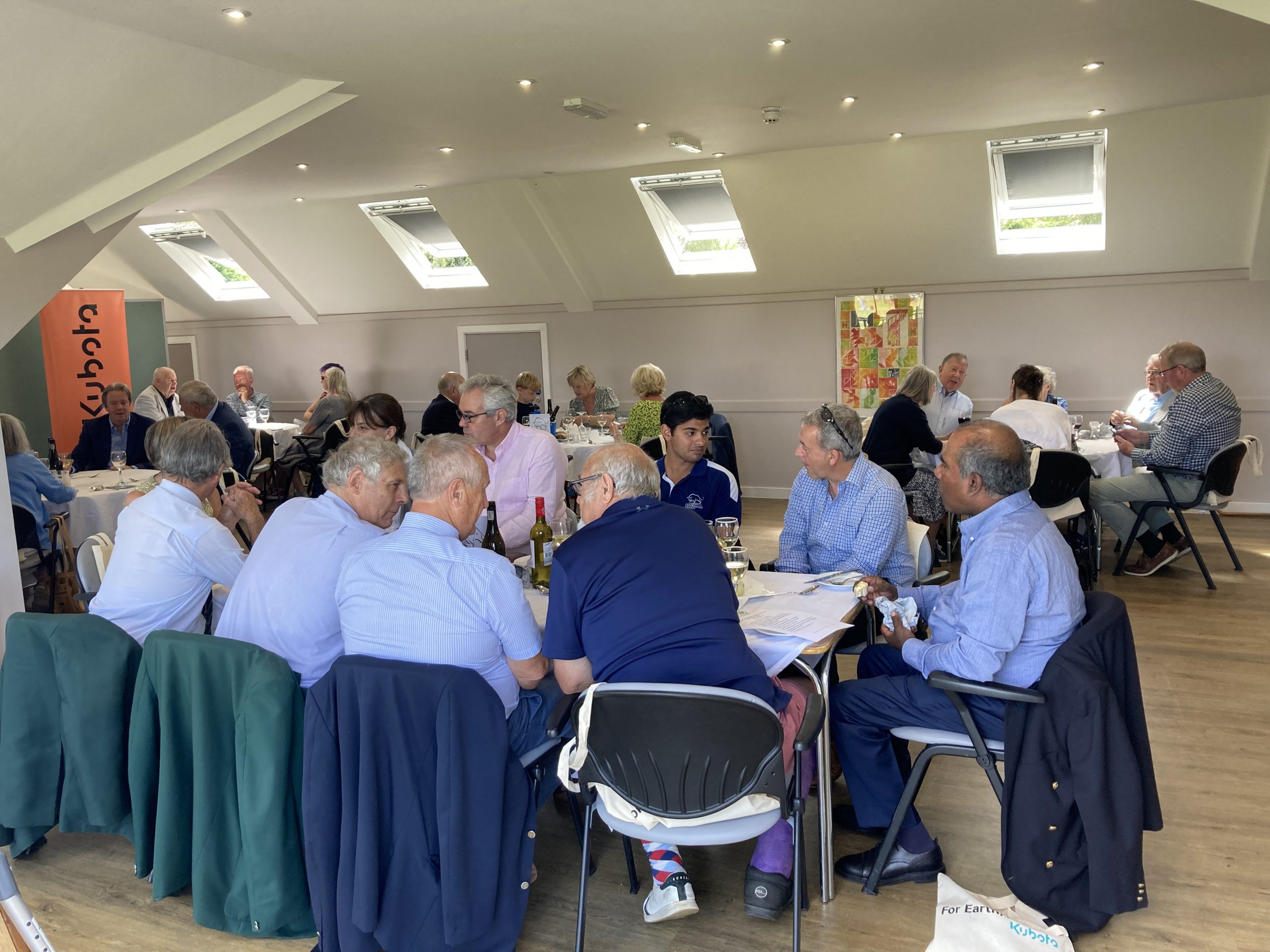