On Friday 25th September, our Juniors, their parents and the club’s coaches and committee members gathered online via Zoom for this year’s Junior Awards. Here is how the awards went, with words from each of the coaches on their respective teams…

The Club’s Under-9’s had a very truncated season this summer, with the first Monday evening coaching session commencing in mid-August.

This is the first age group where the basic skills of cricket are taught in an organised format, and therefore a wide range of abilities are on show. However, the Club’s coaches were impressed with the skills that the boys and girls showed, and it was a shame that no organised matches were able to be arranged. All the children mastered the basics of bowling overarm, and several showed that they were good enough to play for the Under 11 team.

It was a large group, but a number stood out:

Angus Lachlan was ably assisted by Sue Benson, Richard Beerling, and James Tilley on the coaching side. Huge thanks to them for giving their time to the coaching of the U9s. 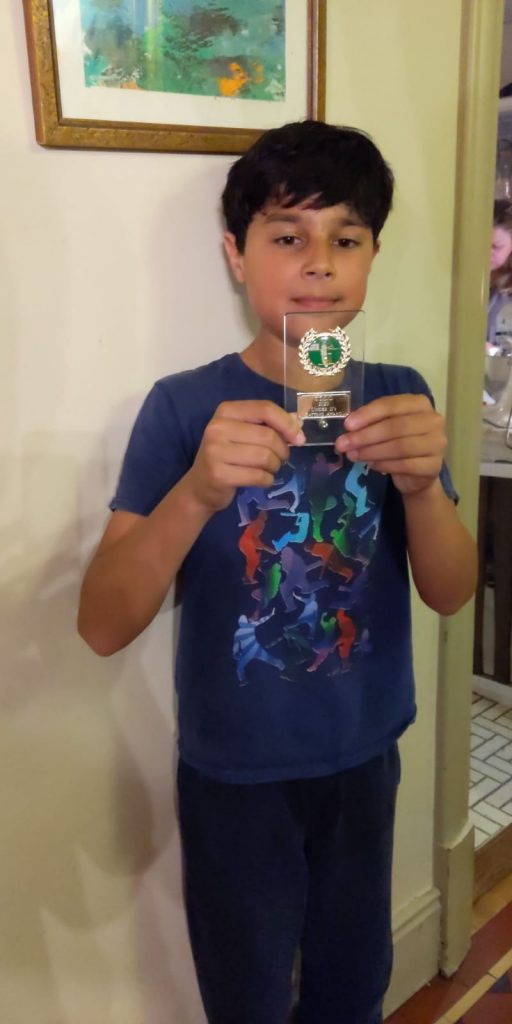 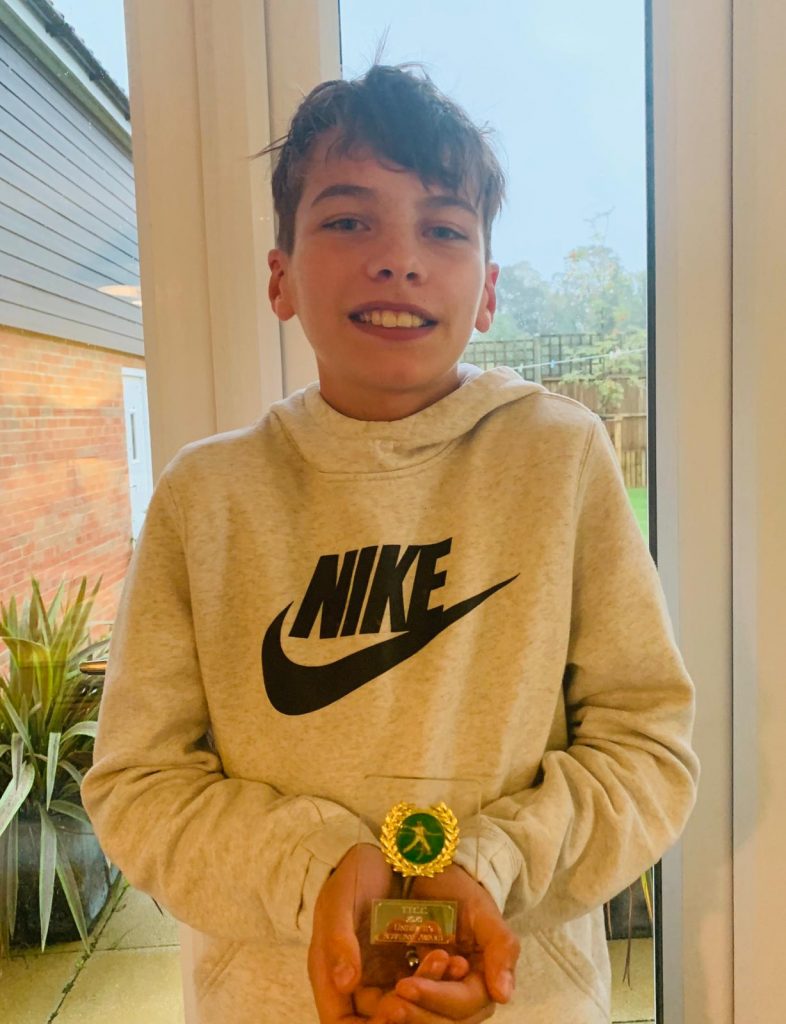 Despite Covid and the late start to the season, the U11s had a successful season. There were a total of 9 games played including 3 internal games. Of the 6 games against external teams, we won 3 and lost 3. We had great wins against Aston Rowant, Horspath and Oxford Cricket Club. It was fantastic to see the development of the players throughout the season and they all carried themselves with pride, passion and great enthusiasm – playing with excellent spirit. Many thanks to Shabz for technical coaching and especially to the committee and Angus for helping with setting up for games.

In keeping with the philosophy of inclusion and development, each squad member was presented with a participation medal this year. Nonetheless, we have chosen 3 awards. The batting award goes to Alex Leigh who scored 64 runs but in only 5 innings. Commendations go to Daniel Fuller (69 runs), Daniel Tervet (65 runs) and Alexander Fuller (61 runs), Oliver Amor (60 runs). Toby Bournis also gets a special mention for smashing 38 runs in only 3 innings.

Our bowling depth is excellent with Alex Leigh, Alex Fuller, Dan Tervert, Zach Stansfield all getting 5 wickets each and Joe Tilley and Jamie Duncan getting 4 a piece. Thomas Bailey with 6 wickets wins this year’s bowling award.

The all rounder award goes to Alexander Fuller who had the second highest number of wickets and 3rd highest batting average, and just pipped Daniel Tervet who came a close second. Good performances also by James Quartley and Jamie Duncan.

There were many fine performances from all the children and I look forward to seeing their continued progress next year.

This was a small group of young players, but with four or five very good young cricketers.

Our results through the season, with one win, did not do justice to the standards of play and the enjoyment and team spirit experienced.

This age group is on the cusp of adult competitive cricket, and both Alex Tervet and Zac Harris played for the Club’s mens teams, whilst Ava Gabriele was a regular in the Club’s womens team.

Mention must be made of Sam Gibson-Harris’ batting, Will Macfarlane’s bowling and the improvement shown by Luke Wilbore, Felix Ward and Albie Reading. Together with Oxfordshire players Alex Tervet, Zac Harris, and George Greaves there is a strong core of good young players at this age group, who will only get better. Thanks to Shabz Meer for his coaching work on a Wednesday evening. 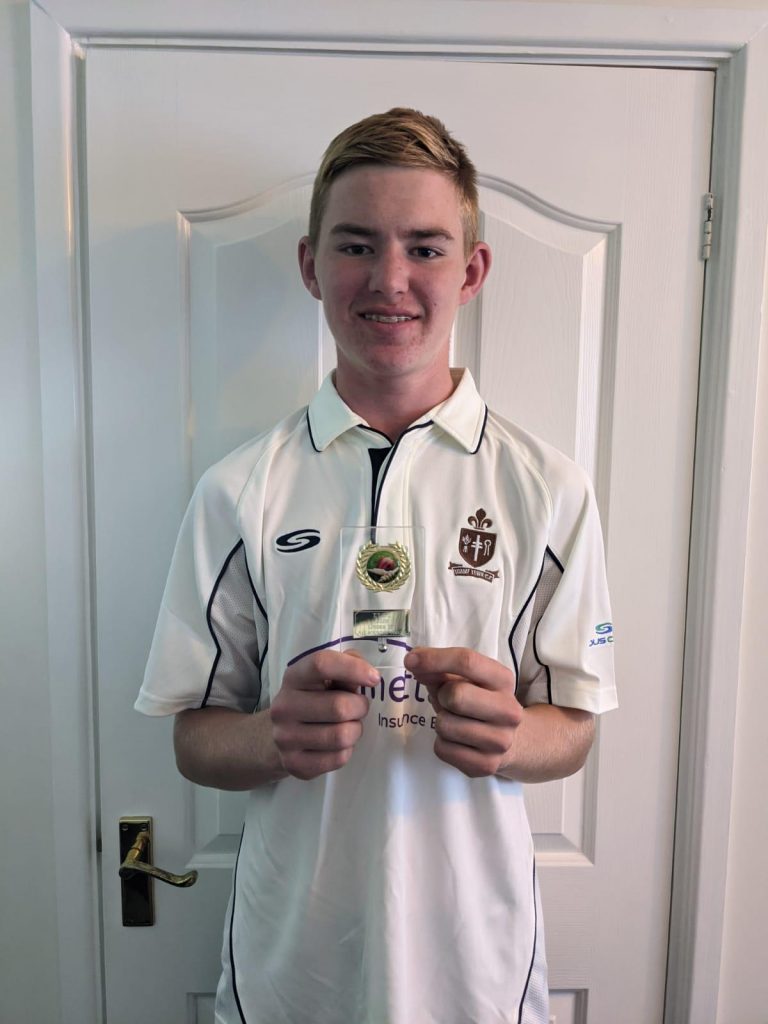 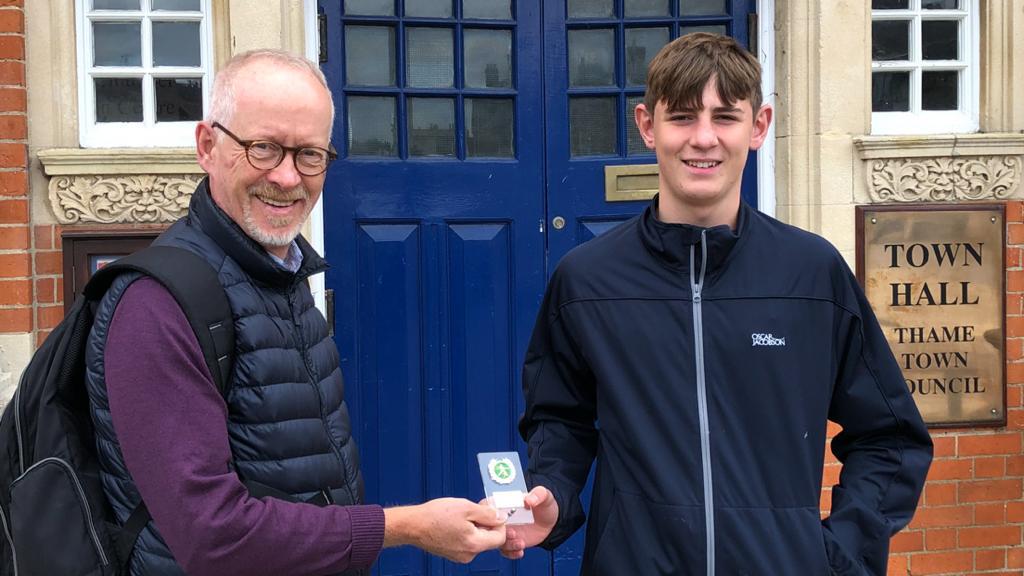 Bowling – the wickets were really spread across the bowlers but Guy Blackwell took 3 against a rampant Didcot batting side; special mention to Emily Neighbour, who has been taking important wickets for both U15s and the Women’s team! 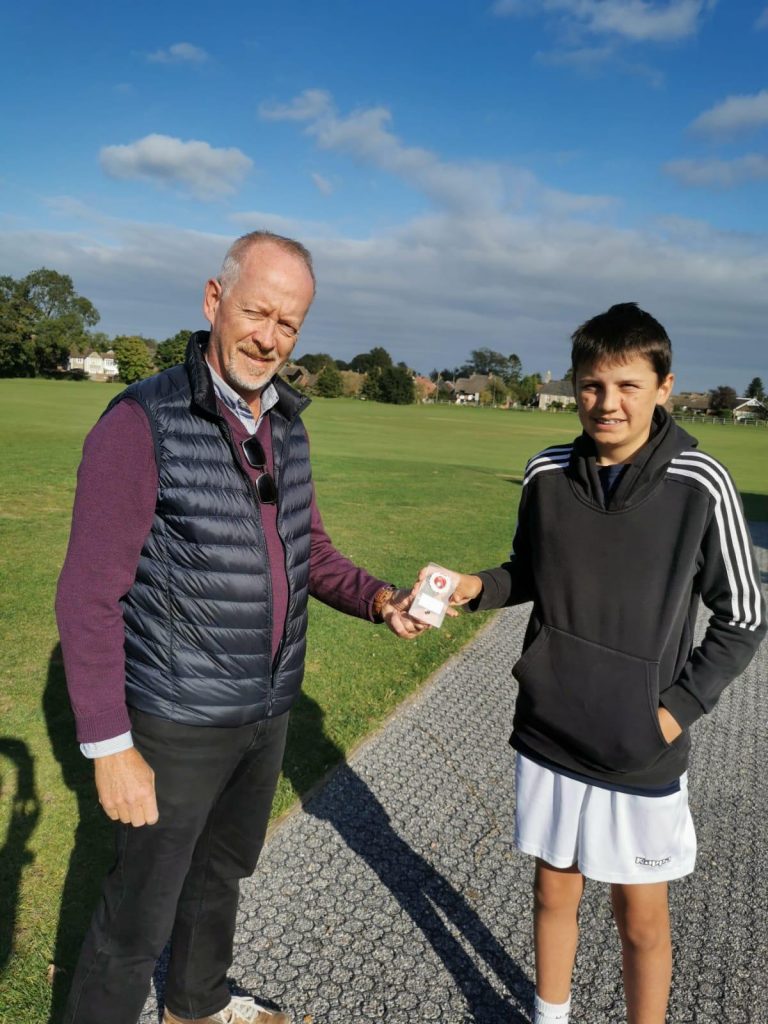 Fielding – Ed Bailey and Josh Towell both kept well, but the award goes to Josh for his 4 victims vs Horspath 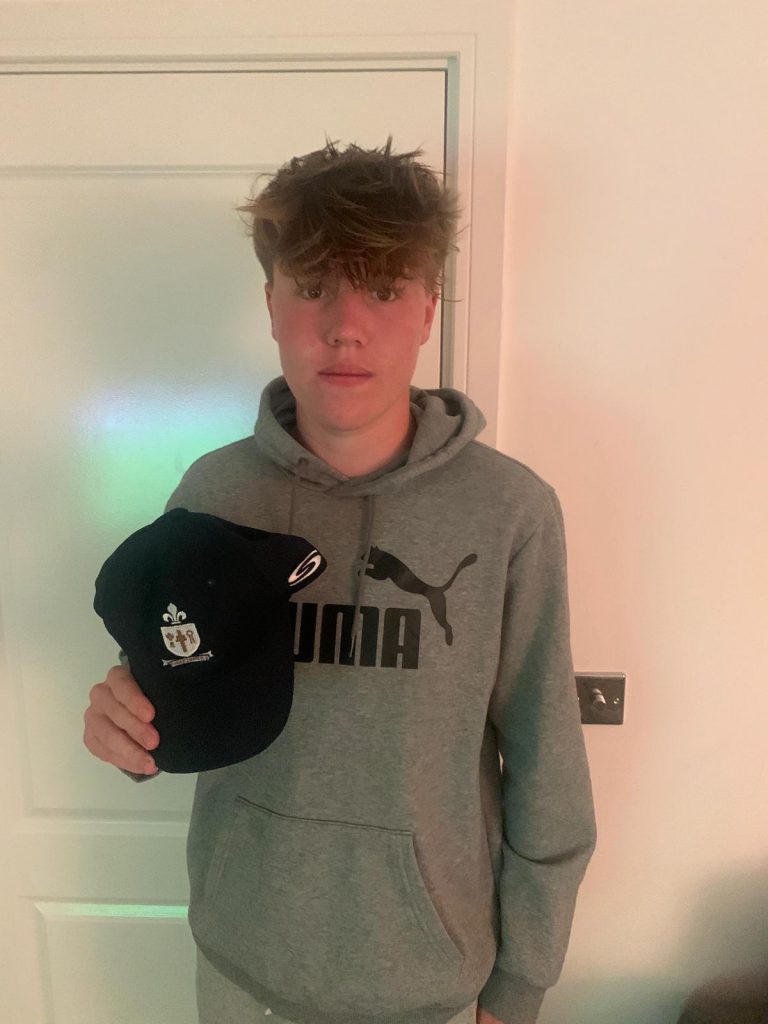 The best Man-of-the-match performance – Theo Ransby, who turned the finely-balanced match vs Warborough with his top-score of 28, 3 wickets and the crucial run-out on the very last ball! 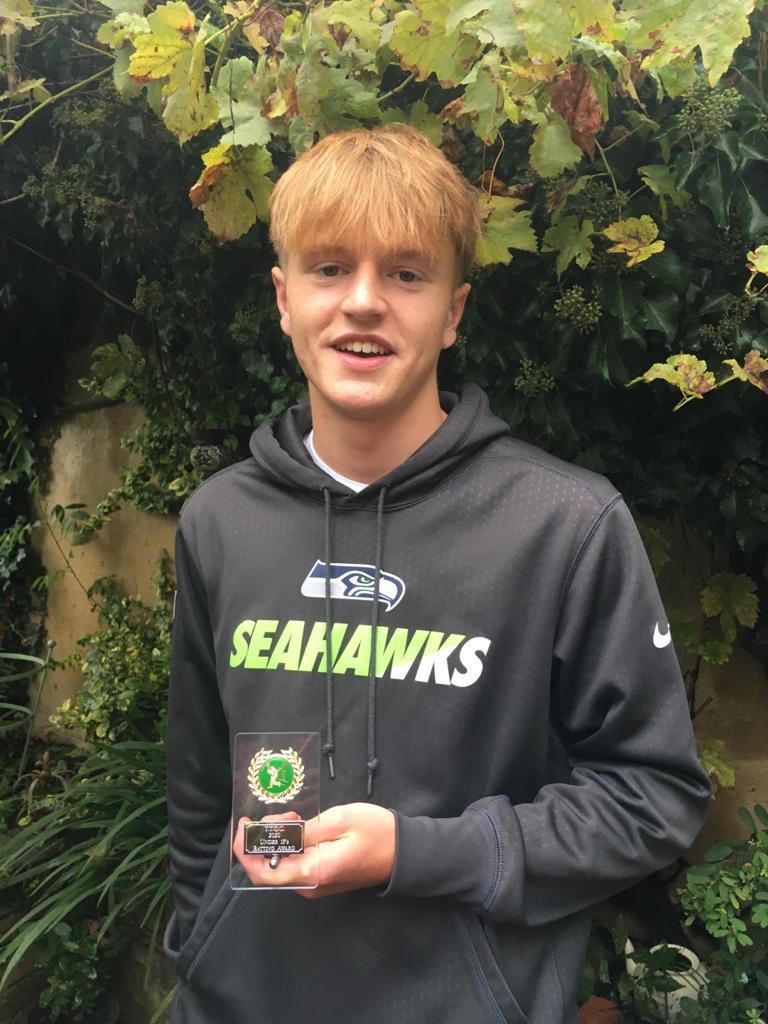 Batting – Joe Vaughan – for his dominant innings vs Haddenham 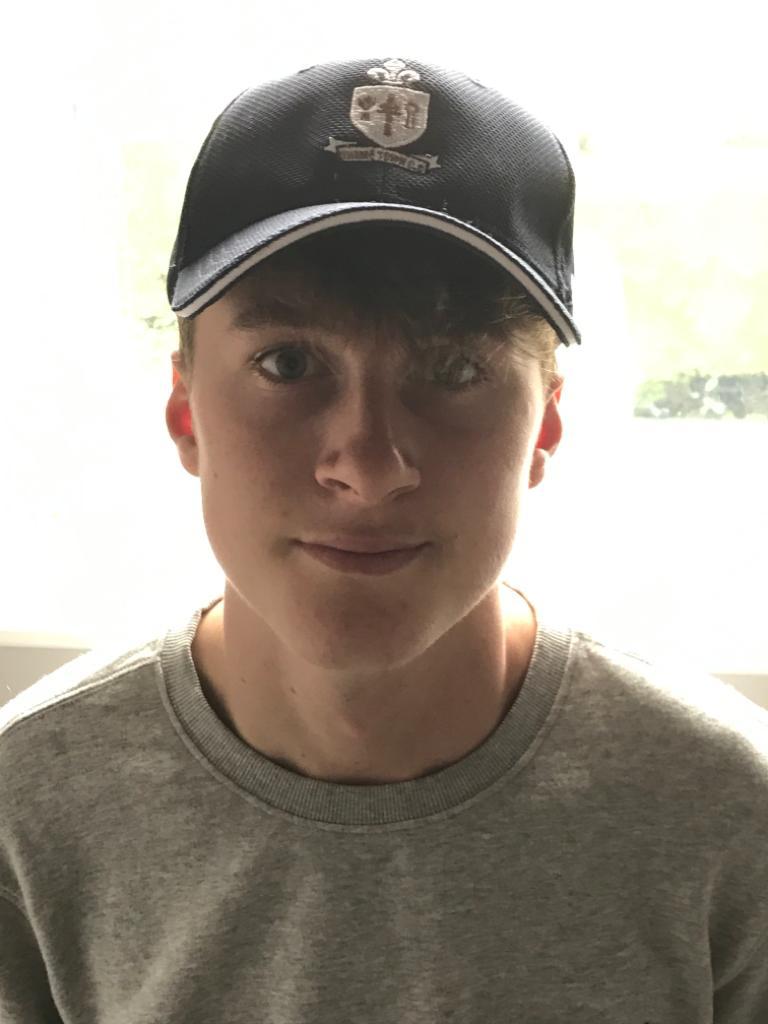 Sympathy to our victims of injuries, who were missed – Huxley, Jacob and Luke S – please no skateboards for Xmas this year! And to Freddie who missed out for 3 weeks due to quarantine!

Transition to adult cricket: we are very proud of the fact that 10 of this year’s squad have already played in some form of adult cricket (men’s and women’s) this season……and enjoyed it!
We hope that many others will follow in their footsteps next season.

Next season, our aspiration is to field not only an U15 side but also, for the first time in about 8 years, an U17 side, so that the excellent group of year 11 players can continue to enjoy their cricket together in 2021! Making this happen will need more parents to offer support to the coaches who are continuing, so please contact me to volunteer for whatever you can offer

Here’s hoping that indoor nets can start in mid-January, at Lower School and for a “normal” season, from April onwards, without the need for a bottle of hand-sanitizer every 6 overs!!

Best wishes to you all for the Autumn and Winter.