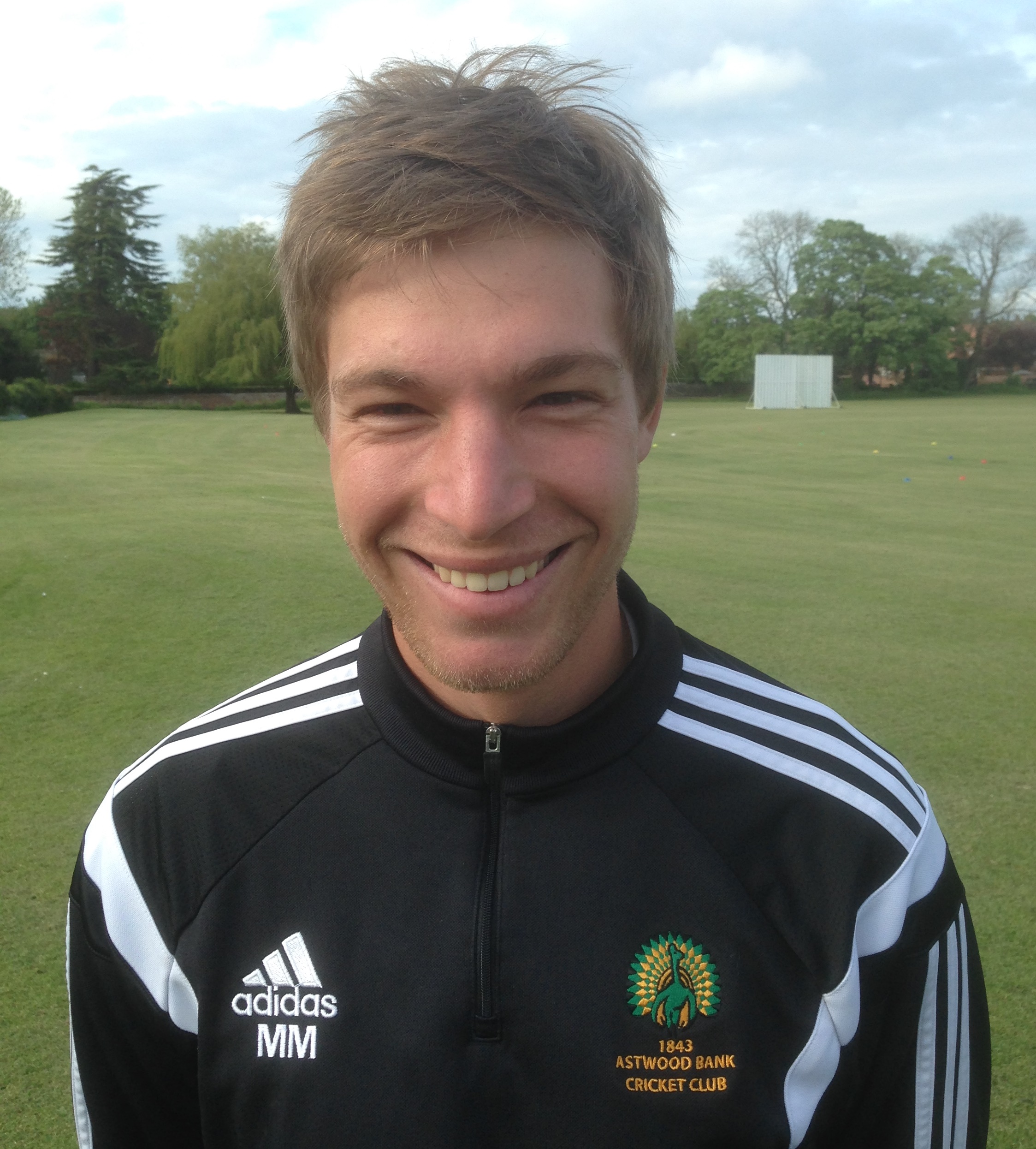 Thame 1st XI welcomed Cookham Dean to Church Meadow last Saturday and were in the field after losing the toss. Will Rooney and Sam Lachlan set the tone with the new ball, but some strong hitting throughout the innings saw the visitors keep the scoreboard ticking over. A flurry of wickets then put Thame in charge but, in a game that ebbed and flowed throughout, the Cookham Dean tail wagged to reach a competitive 215.

In reply, Thame lost key wickets at regular intervals in a stuttering chase. Overseas player Matt McDonald (pictured right) held the innings together with a well made 50 but when he fell Thame were in trouble. Some late heroics from youngsters Dan Patey and Adam Phippen saw the total within reach, but ultimately it was too little too late as Thame fell just 5 runs short. They travel to local rivals Aston Rowant this Saturday 4th.

Thame 2nds travelled to play Kingston Bagpuize 1sts and were asked to bat on a good-looking track. This looked like a strange decision as Richard Carr (57) and Andy Jinman (21) put on an opening stand of 86 off just 18 overs. With both openers gone in quick succession, however, the Thame innings stumbled to 137 for 7 and it was only a resolute 41 from Liam Evans that enabled Thame to make an aggressive declaration at 200 for 9 off 47 overs.

That gave Kingston Bagpuize 53 overs to reach their target and at 100 for 1, with Toby Ricks (51) and Marco Cecchini (44) going well, the home side looked comfortable. It was the introduction of Ali Thomas (16.3-2-54-4), the return of Ian McStay (17-0-47-5, pictured left) and a catch by Evan Davies on the boundary that changed the game. The hosts gamely continued to go for the win, as wickets fell regularly, but their innings came to an abrupt end with 2 wickets in Thomas’s final over. Still unbeaten and heading Division 5 of the Cherwell League, Thame 2nds entertain Leighton Buzzard 2nds on Saturday.

3rd XI come back to win after disastrous start 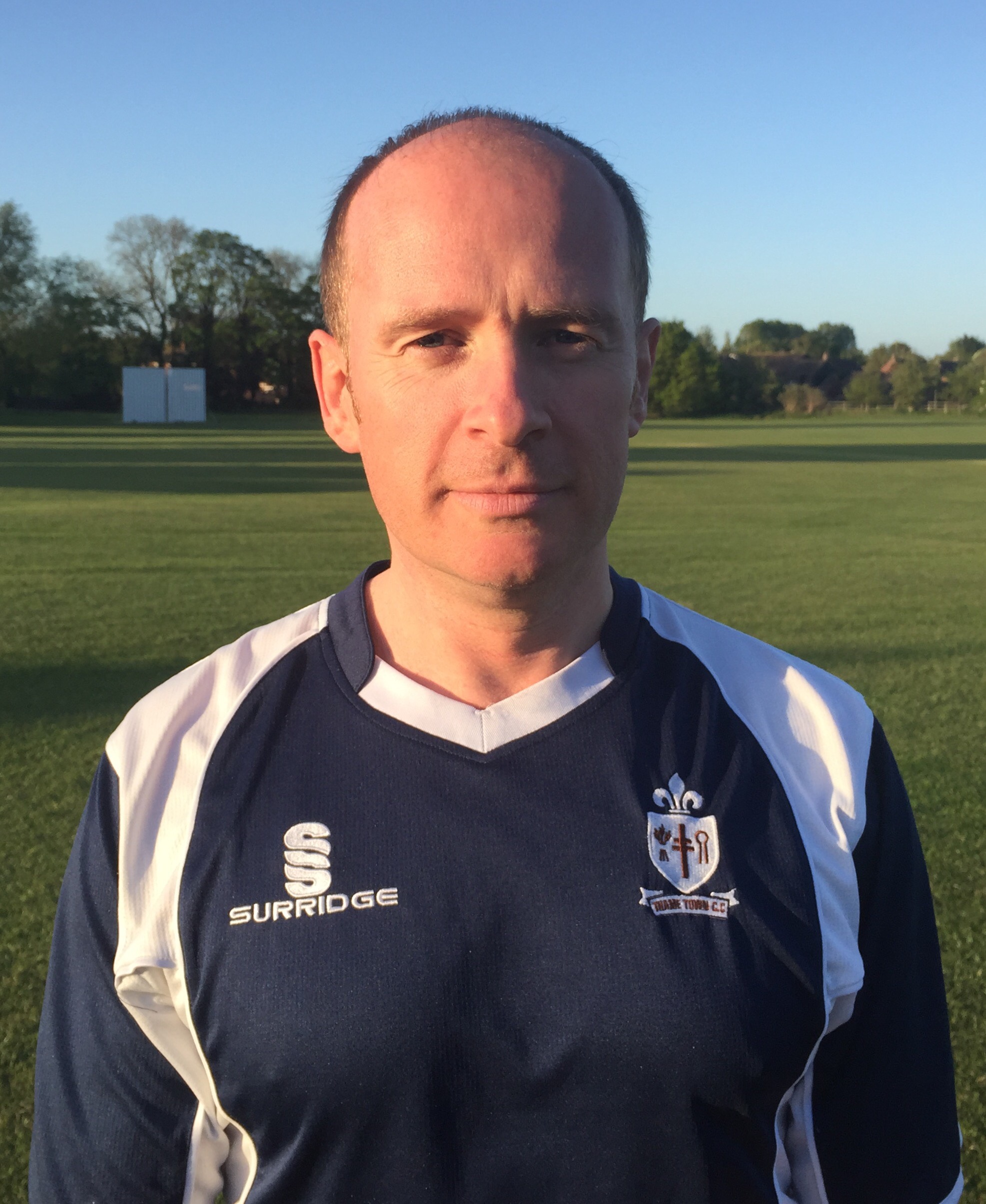 Thame 3rds beat Buckingham Town 4th XI by 49 runs at Lord Williams’ Upper School field this past Saturday. The visitors won the toss and put Thame into bat, which proved to be a good decision when both openers were out without a run on the board. From there Thame were continuing to struggle, getting to 42-5 after 14 overs – this was down to some inspired bowling by the Buckingham quick men. Matt Swain (pictured right) returned to the team this week and provided some fight with a patient 33, which was Thame’s top score for the day, with the remaining batsmen chipping in with little cameos around him, the most notable of which was John Phippen’s 18 not out. But Thame were skittled out for a disappointing, but better than it could have been, 114 after 34 overs. Buckingham’s opening bowlers, Tom Taylor and Chris Coates, both finished with 5 wickets each.

Thame took to the field needing quick wickets, and that is what they got through Nick Fuller’s opening blitz of 3 for 20 – the Aussie returning to Thame Cricket after a several-year absence. This great start in the field continued when Scott Chappell stepped up and took a brilliant one handed diving catch off of his own bowling to remove one of Buckingham’s more prominent batsmen. But if that wasn’t enough, Chappell also picked up the sharp run out of their top scorer, Jack Beasley, for 23 shortly after. Accompanied by two wickets from Captain Vimal Desai, Thame had Buckingham on the ropes at 65-7, before Chappell Junior again took centre stage with an eventful match winning over; taking 2 wickets in 2 balls, having the hat-trick ball dropped, and then picking up the winning wicket immediately after.

Thame 3rds sit 3rd in the table, having played 1 game less than those above them, and remain undefeated in the league this season. Man of the Match award goes to Scott Chappell, for 4 wickets, 2 catches and 1 run out. Thank you to Andy Warwick for scoring, and to Joe and John Phippen for teas.